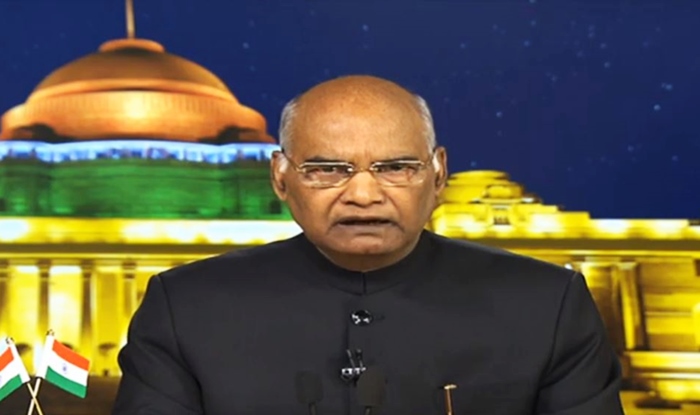 President Ram Nath Kovind Friday addressed the nation on the eve of the 70th Republic Day, stressing on the importance of voting. The President in a televised address, said, “This year, the people of India – each one of us – have a responsibility: of voting in the general election and electing the 17th Lok Sabha.” The president called the Parliamentary elections “once-in-a-century moment.”

The traditional address came from the Rashtrapati Bhawan and was broadcast on all major networks including the Doordarshan and the All India Radio. “It is time to reaffirm our commitment to liberty, fraternity and equality across our society and among all our citizens,” the president added.

The President who will take the salute of the military and cultural parade at Rajpath on Saturday said, “The ideas and idealism of our democracy will come into full force. Once more voters will deliver their verdict and write their destiny. This year’s election will be the first when voters born in the 21st century will contribute to electing a new Lok Sabha.”

Highlighting the importance of the Constitution which came into force on January 26, 70 years ago, making India a democratic republic, Kovind said, “On Nov 26, we will mark the 70th anniversary of the adoption of our Constitution. This enlightened and far-reaching document laid the foundations of our Republic. It was the work of men and women of principle & patriotism – the members of the Constituent Assembly.”

At a time when the country seems to be divided into religious and communal lines with several politicians spewing hate speeches, President Kovind said, “India belongs to each of us and to all of us – every group and every community, every region and every identity. It belongs to every citizen and every individual. India’s pluralism is its greatest strength and its greatest example to the world. The Indian model rests on a tripod of diversity, democracy and development. We cannot choose one above the other; we must have all three and we will have all three.”