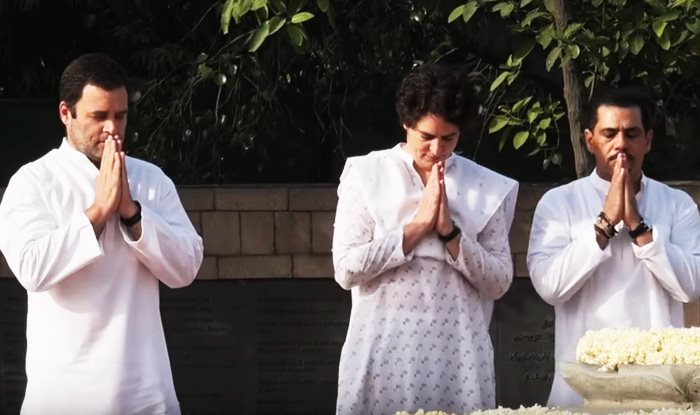 Having been left out of the SP-BSP alliance in Uttar Pradesh, the Congress in a major announcement Monday made Priyanka Gandhi Vadra the incharge of Eastern UP ahead of the Lok Sabha elections. Priyanka will take charge from the first week of February, making her debut in active politics after occasionally campaigning for Rahul and Sonia Gandhi over the years.

The move comes after widespread demand from the party workers over the years to bring in a new face into the foray of UP politics. The move is also being seen as a strategy shift from the Congress which is now likely to target the Modi-Yogi duo in the Eastern UP region in the Parliamentary elections.

Meanwhile, Jyotiraditya Scindia has been given the command of the party in Western UP.

Reacting to the decision, Congress president Rahul Gandhi said, “I have full faith that they (Priyanka and Scindia) will work together and what Uttar Pradesh and its youth needs, the Congress will fulfil them. My sister is very capable. I am personally very happy that she will now work alongside me.” Gandhi was in Amethi on a visit at the time of the announcement.

Meanwhile, the BJP training its guns at the Congress for its decision to rap in Priyanka into the party fold said that it is yet again an example of “Family alliance”. “The Congress has basically publicly announced that Rahul Gandhi has failed and needs crutches from within the family. Because of his rejection by grand alliance parties, he has opted for a family alliance. They consider family as the party while BJP considers party as the family. Congress has accepted that Rahul Gandhi Ji has failed,” BJP spokesperson Sambit Patra told reporters.

While this is an official entry for Priyanka, she has been part of several rallies for the Gandhi family over the years addressing public meetings in both Amethi and Rae Bareli. The BJP had severely targetted Priyanka and Robert Vadra during the 2014 elections accusing them of being involved in corruption at the behest of the Congress party. While the appointment is likely to give a boost to the worker’s morale in the state, it will not be a cakewalk for Priyanka to resurrect the party in a state where it faced decimation at the hands of the BJP in the legislative assembly election.