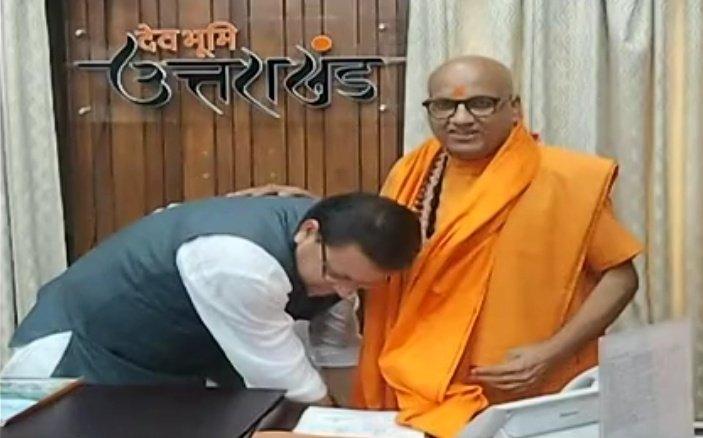 Prabodhanand says that Pushkar Singh Dhami has insulted Hinduism by getting an FIR against the saints. He has become an agent of jihadis. The Chief Minister is in arrogance, he first register false FIR on us and then start arrests. He threatening saints, he needs to be taught a lesson. Prabodhanand did not stop here, he said that Pushkar Dhami should leave Uttarakhand, we suspect that he is from Devbhoomi, he is the Chief Minister who came from NarkBhumi.

What is Haridwar Dharm Sansad controversy?

Let us tell you that the Dharm Sansad organized in Haridwar, Hindu saints like Yeti Narasimhanand and Prabodhanand gave hate speech and insulted Mahatma Gandhi. When its videos went viral, the pressure on the government to act on them started increasing.

Taking cognizance of the matter, the Supreme Court also asked for action on it, after which Yati Narsimhanand and Jitendra Narayan Tyagi, a Muslim-turned-Hindu arrested by the police. Trolls on social media have come out in support of Prabodhanand and are running hashtags against Pushkar Dhami.