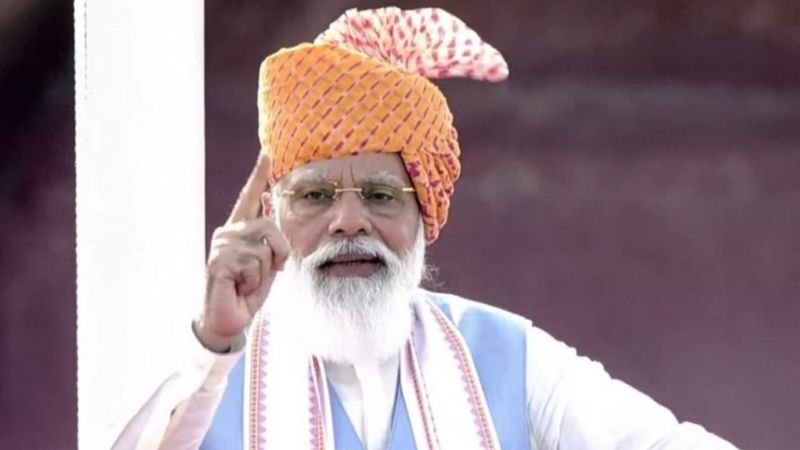 Ground Report | New Delhi: PM Modi’s message to’ farmers; Speaking from the ramparts of the Red Fort on the occasion of 75th Independence Day, the Prime Minister specifically addressed those “small” farmers who own less than five acres of land. It is estimated that 80 percent of the farmers in India have the same amount of land.

Modi said that his government wants to increase the collective power of such farmers so that they can become the pride of the country. His message to the farmers has come at a time when farmers in many parts of the country have been agitating against the new agricultural laws of the central government for the last nine months.

ALSO READ: Taliban’s shadow on capital Kabul, US officials came out of helicopter

Modi said that apart from the cities, we also have to pay more attention to the development of the villages of the country.

On January 26, on Republic Day also, the farmers took out the tricolor yatra. The farmers involved in the yatra organized on the border of Delhi had also reached the Red Fort. Some protesters also climbed the ramparts of the Red Fort, after which the police registered cases against many people and arrested them.

There was also a clash between the farmers and the police on the streets of Delhi, in which a farmer was killed and some policemen were injured. This time on Independence Day, a wall of giant shipping containers has been erected in front of the Red Fort to possibly prevent such incidents.

Apart from agriculture, the Prime Minister made important announcements related to many other sectors. He told about the “Pradhan Mantri Gati Shakti Master Plan” which the Center will start soon. This will be an ambitious plan to create such infrastructure, for which the government will spend one lakh billion rupees in the coming years.

The Prime Minister said that with this scheme, Indian producers will get an opportunity to be able to compete with the companies of other countries, the economy will boom and new employment opportunities will be created. Further details about the scheme have not been given yet.