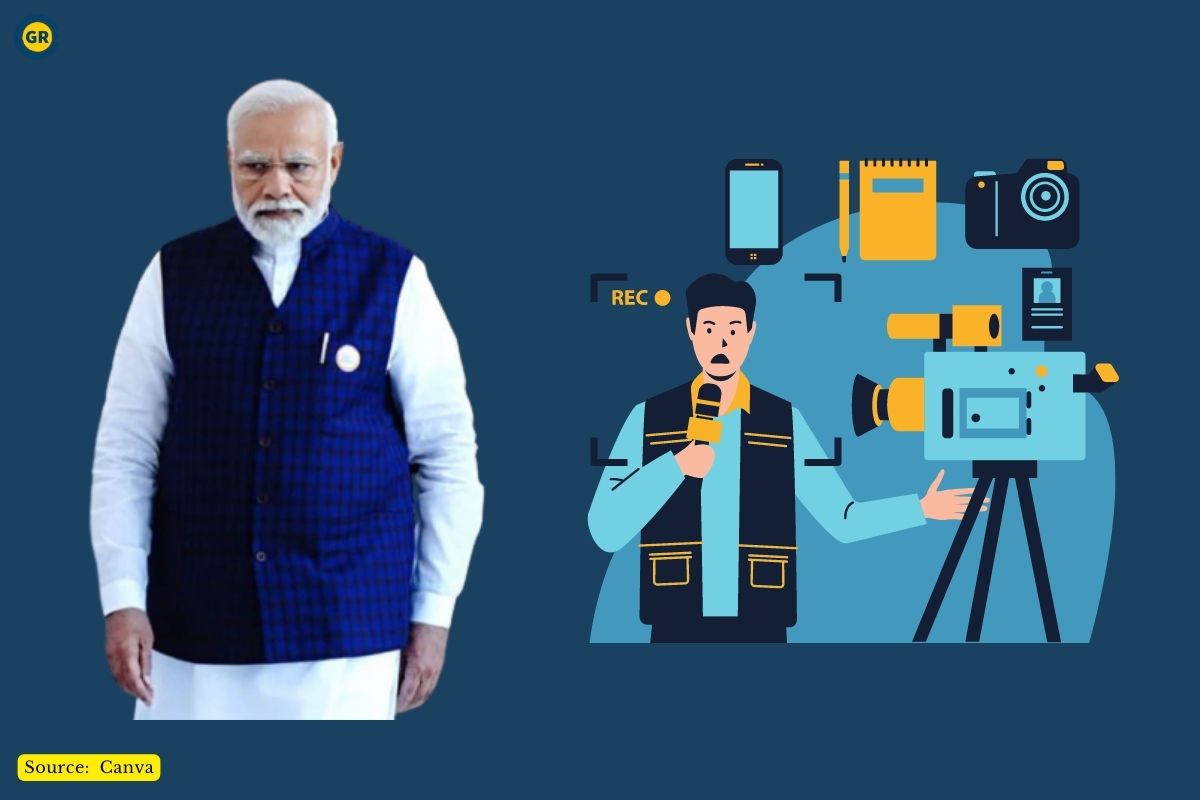 Prime Minister Narendra Modi has been criticized for failing to answer media questions about his tour of Europe and human rights in India. Since the end of 2015, the Prime Minister has been publishing only joint statements with colleagues, without answering questions from journalists. However, this time Richard Walker, editor-in-chief of the German broadcaster Deutsche Welle, raised the issue with everyone through a tweet about Modi’s visit to Germany.

He wrote: “Modi and Schultz are going to address the press in Berlin. They will announce 14 agreements between the two governments. They will take *zero questions* at the insistence of the Indian side.” Walker also stressed that India is in eight places in terms of press freedom.

Also Read:  What is 'Oh my god video' of PM Modi going viral?

“On World Press Freedom Day, Reporters Without Borders and nine other human rights organizations call on Indian authorities to stop targeting journalists and online critics for their work,” the international non-profit organization said in a statement on its website. “

“More specifically, they should stop prosecuting them under terrorism and sedition laws,” it added.

Reporters Sans Frontieres (RSF) said Indian authorities should respect the right to freedom of expression and release and target any journalist detained on trumped-up or politically motivated charges for critical reporting And the throttling of independent media must stop.

“The targeting of journalists by the authorities as well as the widespread crackdown on dissent have encouraged Hindu nationalists to threaten, harass and abuse journalists critical of the Indian government, both online and offline,” it said.

“The authorities must conduct a prompt, thorough, independent and impartial investigation into allegations of attacks and attacks targeting journalists and critics, including government officials,” the RSF said. Do your job.” Regarding the global scenario, the RSF said that the 20th World Press Freedom Index shows a two-fold increase in “polarization”, exacerbated by information chaos, i.e. media polarization to divide divisions within countries. promotes, as well as polarization between countries at the international level.