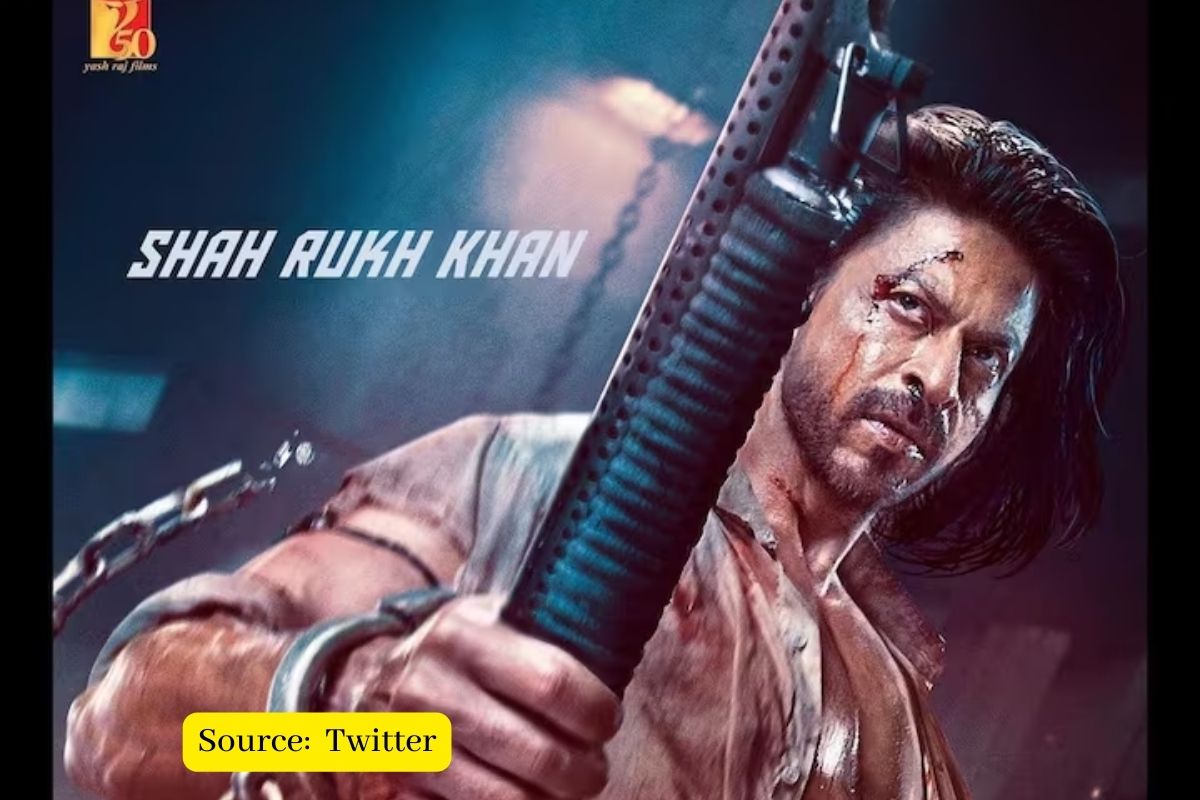 According to the business analysis site, Sacnilk, advance bookings indicated a take of Rs 45 crore but the walk-in audience further spread the joy as Pathaan’s box office take inched towards Rs 50 crore more on the day of the inauguration.

The site said the numbers could go up to Rs 55 crore. In that case, ‘Pathaan’ would take over for the Hindi version of KGF 2 which earned Rs 53.95 crore on the first day.

With close to five lakh pre-booking sales, Pathaan set a new record and is expected to rake in Rs 45-50 crore as opening day collections.

On Wednesday, business analyst Taran Adarsh took to Twitter to share Pathaan’s estimated first-day collections on national networks. According to him, the film did a business of ₹25.05 crore as of Wednesday night, which was better than what Hrithik Roshan’s War (₹19.67 crore) earned on its first day on the networks. multiplexes.

Shah Rukh Khan’s Pathaan marks the megastar’s return to the big screen after a hiatus of more than four years, recently sparking unnecessary controversy due to a bikini scene in Besharam’s song Rang. Due to this controversy, we once again saw #BoycottPathaan, #BoycottBollywood and #BoycottBollywoodCompletely trending on Twitter.

What is taken into account is that Pathaan, like many other Bollywood films, dared to stand up to the boycott calls. Many films including Aamir Khan’s ‘Laal Singh Chaddha’ fell prey to boycott calls, but Shah Rukh Khan’s ‘Pathaan’ still managed to record a stupendous box office take.

Meanwhile, social media has been awash with reactions to ‘Pathaan’. While Shah Rukh Khan fans can be seen dancing and rejoicing inside theaters as screenings take place (videos abound on social media), critics have given the spy thriller a thumbs up.

One objection after another

When the opponents got nothing, they objected to the name ‘Pathan’. The extremist and bigoted group associated the name Pathan with Muslims and there were demands to change the name, but instead of surrendering, Shahrukh Khan and his team defended the name and at the initial stage Opponents failed.

Last month, the guns of the extremists were once again towards Shahrukh Khan on the song ‘Be Sharm Rang’ of the film. The objection was about Deepika Padukone’s short saffron dress.

Extremist Hindus started taking all their anger out on King Khan for Deepika Padukone’s outfit. It was said that Hindus are being insulted by presenting saffron colour in such a short dress.

The demand to remove this song from the film increased. The dress was worn by Deepika Padukone but the protests were against Shah Rukh Khan. There was even talk of burning them alive.

It was said that ‘Saffron has hurt the sentiments of Hindus by portraying it as obscenity and nudity.’ The slogan was also raised that ‘Dekhte Hain film kaise cinema mahaam lagi hai’. Those who had to face the objection of the name ‘Pathan’, now freshened up and faced Shah Rukh Khan with a new challenge.

In India, where the trend of ‘Bye Kat Bollywood’ becomes common over petty matters, there is a demand to boycott ‘Pathan’ as well.

The matter reached the Censor Board, which raised minor objections and withdrew the ban on the release of the film. It was indeed a big success for Shah Rukh Khan.