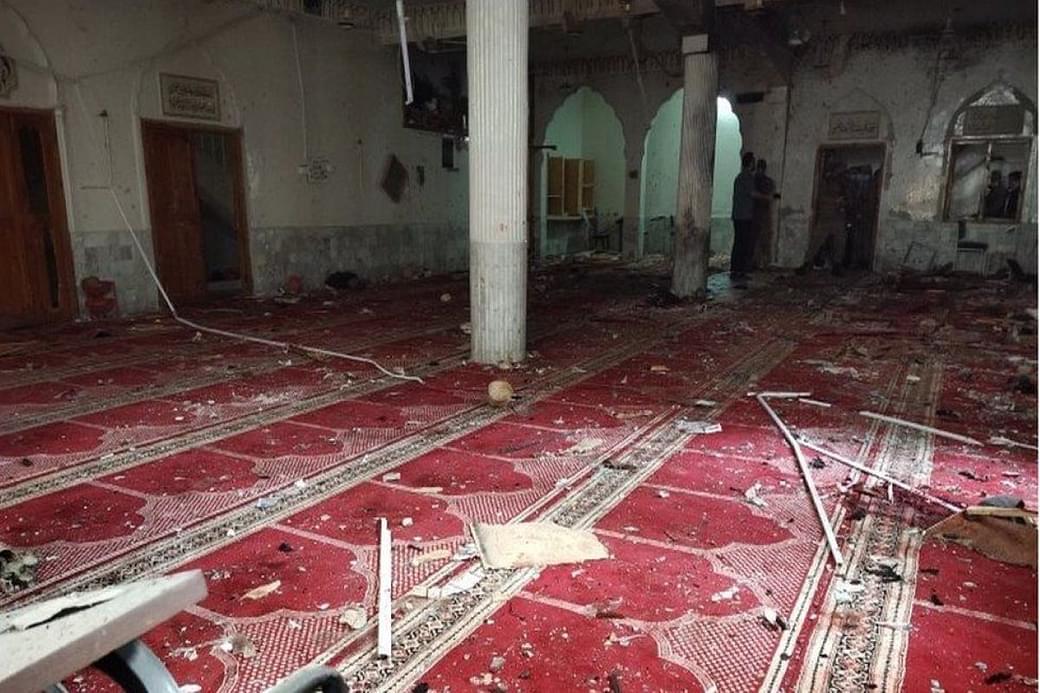 Ground Report | New Delhi: Peshawar mosque suicide bomber; A bomb blast near the main Shia mosque near the famous Qissa Khawani Bazaar in Peshawar, the capital of Khyber Pakhtunkhwa province, on Friday killed at least 30 people and injured more than 50, according to a Lady Reading Hospital spokesman.

Rescue sources said that a blast took place at a mosque in Kocha Risaldar near Qissa Khawani Bazaar on Friday afternoon.  Police and rescue teams arrived on the scene and launched rescue operations.

According to eyewitnesses, the assailants first opened fire and then threw grenades. SSP Operations Haroon Rashid, the blast was of suicidal nature. The bomber struck shortly afternoon in front of a police recruiting center, killing one police officer and wounding two others.

The first two assailants opened fire on police outside the mosque, Peshawar Police Chief Muhammad Ijaz Khan said. An assailant and a policeman were killed in the exchange of fire, he said. The second bomber struck shortly afternoon in front of a mosque.

According to Lady Reading Hospital spokesman Muhammad Asim, most of the more than 50 injured brought to the hospital are in critical condition. He said that in view of the situation, the LRH has been alerted and additional medical personnel have been called.

According to eyewitnesses, at least 150 worshipers were present in the mosque at the time of the blast. No group has claimed responsibility for the attack.

The Associated Press quoted eyewitness Shayan Haider as saying that he was entering the mosque when a loud explosion hit him on the road. “When I opened my eyes, there were smoke and bodies everywhere.”

Police told PTV that the blast was heard far away. Prime Minister Imran Khan has condemned the blast.