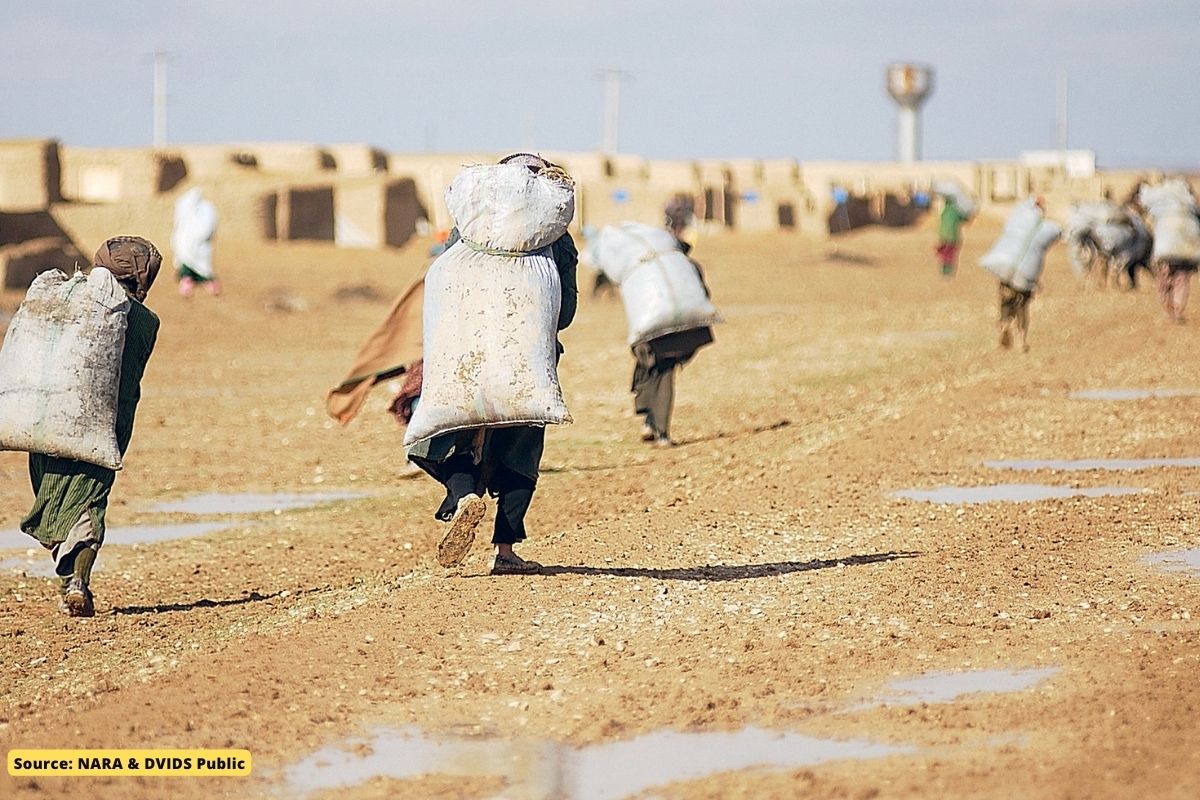 The number of people displaced by wars, violence, persecution and human rights violations reached 100 million across the world, indicated the United Nations Refugee Agency (UNHCR), in a report presented this Thursday 16.

“In the last decade, the numbers have increased every year. If the international community does not come together to take action to address this tragedy or to resolve conflicts and find lasting solutions, this terrible trend will continue,” UNHCR chief Filippo Grandi said.

At the end of 2021, the people who had to flee their towns and homes amounted to 89.3 million, already then the highest level on record, eight per cent above the 2020 figure and twice the number displaced 10 years ago.

Since then, the Russian invasion of Ukraine – which triggered one of the largest and fastest-growing forced displacement crises since World War II – and other emergencies, from the African continent to Afghanistan and beyond, have pushed the figure to more than the dramatic milestone of 100 million.

In total, 23 countries, with a combined population of 850 million people, experienced conflicts of medium and high intensity.

“In the last decade, the numbers have increased every year. If the international community does not come together to take action to address this tragedy, or to resolve conflicts and find lasting solutions, this terrible trend will continue”: Filippo Grandi.

At the same time, food shortages, inflation and the climate crisis have accentuated the difficulties of the population and added more pressure to the humanitarian response, at a time when the financing panorama of many situations is complicated.

The number of refugees increased to 27.1 million in 2021, with massive arrivals in Uganda, Chad and Sudan, among other countries, as a result of conflicts and massive attacks on the civilian population in neighbours such as the Democratic Republic of the Congo, the Central African Republic, Nigeria, Ethiopia and South Sudan.

Most of the refugees were hosted by neighbouring countries with few resources.

Thus, in Turkey, there are 3.8 million refugees, mostly Syrians, in Colombia 1.8 million migrants and displaced persons from neighbouring Venezuela, Uganda 1.5 million from the Democratic Republic of the Congo, and in Pakistan a similar number, of those who have fled Afghanistan.

Lebanon hosted the largest number of refugees per capita (one for every eight inhabitants), followed by Jordan and Türkiye. Relative to their population, the Dutch islands of Aruba and Curaçao have hosted the highest number of Venezuelans displaced abroad (one in six and one in 10, respectively).

Last year also saw that, for the fifteenth consecutive year, the number of people displaced within their own countries continued to rise to 53.2 million. This increase is due to the upsurge in violence and conflict in some places, such as Myanmar, Ethiopia, Chad, Burkina Faso and Afghanistan. Since last February millions of people have been displaced within Ukraine.

UNHCR underscored that the speed and scale of forced displacement continue to outpace solutions available to displaced people, such as return, resettlement and local integration.

“Although we are witnessing the emergence of new and shocking refugee situations, while others are reactivated or remain unresolved, there are also examples of countries and communities working together to find solutions for displaced people,” said Grandi.

For his part, the director of the UNHCR office for America, José Samaniego, praised “the efforts of the countries of the region to regularize, provide protection and integrate these people locally.”