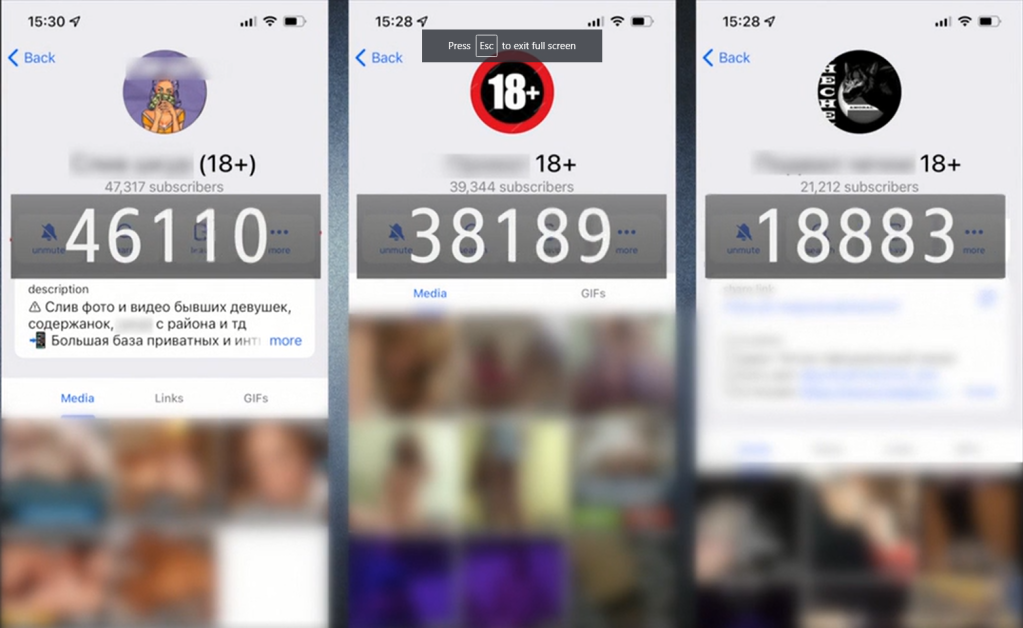 Ground Report | New Delhi: N#de pictures of women on Telegram; A BBC investigation has revealed that private photos of women are being shared on the social media app Telegram without their permission. This app has more than 500 million users worldwide.

The investigation revealed that hundreds of n#de photos are being shared on Telegram channels in more than 20 countries and this comes after Telegram claims that it controls the public space of the app and removes illegal pgraphy.

In a split second, Sara found out that a n#de photo of her had been leaked and shared on Telegram, changing her life. Her Instagram and Facebook profiles were linked, and her phone number was also included. Suddenly he was being approached by unknown people asking for more pictures.

“They made me feel like I was a prostitute because [they believed] I shared int^mate photos of myself. It meant I had no value as a woman,” she says.

Sarah, not her real name, had shared the photo with one person, but it ended up in a Telegram group with 18,000 followers, many of whom were from her neighbourhood in Havana, Cuba. She now fears that strangers in the street may have seen her n@ked. “I didn’t want to go out, I didn’t want to have any contact with my friends. The truth is I went through a lot.”

She is not alone. After months of investigating Telegram, we found large groups and channels sharing thousands of secretly filmed, stolen or leaked images of women in at least 20 countries. And there is little evidence that the platform is tackling this problem.

According to a media report, n#de pictures of women are shared on Telegram to har@ss, embarrass and blackmail them without their consent. Reports also say that these women are then approached by other men who ask for more int!mate photos. It gets worse when personal details like home addresses and parents’ phone numbers are also posted along with those candid photos.

According to the report, large groups and channels are sharing thousands of secretly filmed, stolen or leaked photographs of women in at least 20 countries. Group administrators ask members to send images of former partners, colleagues or fellow students to an automated account so that they can be published without revealing the identity of the sender.

In Telegram, face-to-face conversations are encrypted end-to-end but Telegram cannot encrypt group messages end-to-end, meaning those chats are not completely secure. While Telegram allows users to report po*nog*aphy on its platform, its moderation approach is liberal and shocking, Telegram does not have a dedicated policy to deal with the non-consensual sharing of intimate images.