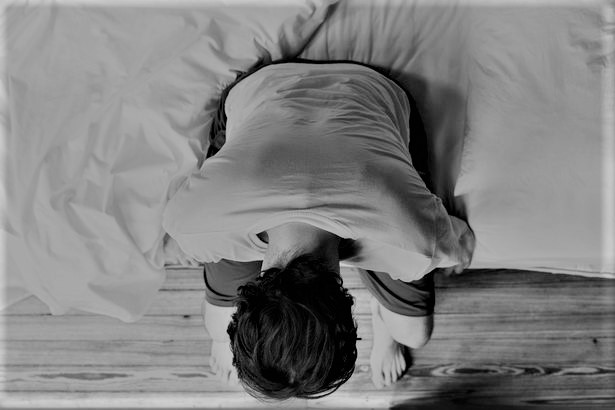 Ground Report | New Delhi: NoFap movement m@sturb@tion superpowers; M@sturb@tion has always been accompanied by great myths and rumours, such as if you practice it too often you can lose your sight, suffer from premature ej@cul@tion or become antisocial.

These myths must have aroused great fear among a group of Internet users, who have created an Internet community to stop m@sturb@ting and support each other. Among these users, there has been one that has awakened a new myth, something that can definitely convince the world to stop practising it. According to this “visionary” stopping m@sturb@ting for 700 days has given him a superpower.

“I started NoFap almost 2.5 years ago. After constantly relapsing for 4 months, I gathered the will to go full cold turkey. I can’t tell you what exactly I did it and why it worked. That’s up to you to figure out what works for you and what doesn’t. And also there are way too many wonderful posts here that give some great tips and tricks on how to deal with urges. My post won’t come anywhere close to that. Instead I’m going to talk about what exactly I learned about human personality and will power over the course of last year.

We are all born with an empty void inside of ourselves. All our life we try to fill this void with something or the other. It can be anything – religion, spirituality, women, academics, work, p0*n, tinder, s*x, mobile phone, TV, movies, and so on. How we fill this void makes us who we are. But this makes me wonder how can all these man-made, artificial things compose our personalities?

Once I quit f@pping, my mind did feel a lot clear and I was at peace more often. Yes I was able to feel all those things you call ‘superpowers’ too – sudden increase in confidence, laser sharp focus, more attention from women, easier to find s*x, energy boosts, etc. However, I don’t like to refer to them as ‘superpowers’ – how do we know these superpowers aren’t just normal human tendencies?

But I’m a hypocrite. I don’t practice what I preach. Ever since I started NoF@p, I’ve realized that I have way too many other addictions and obsessions. These addictions aren’t anything severe or serious. But the more I try to avoid them, the more my confidence is shaken apart. I check my phone every few minutes to see if that cute girl I texted has replied to my texts/ snaps. I go on tinder so frequently to see if I can find my one true soulmate (or maybe just get laid soon). Having meaningless s*x with a new girl every time. How’s any of this different from m@sturb@ting? And if none of these things go according to how I want them to, my self-esteem and general level of happiness takes a serious blow.

You guys might say that these are healthy addictions. But I don’t want to agree to that. They’re all meaningless attachments. I want to get rid of them because they bring nothing but misery to me in the long-run. They are nothing but mere blockages in my way to find my source of inherent confidence and true purpose. Recently I’ve started pulling these out of my life one-by-one. I feel much more at peace. But I know that it takes one shitty day to get back to where I was before. At least now I can take comfort in the fact that if I can control my urge to j*rk off then I have developed a strong enough will power to beat an addiction that people blindly don’t even consider an addiction.

Enough about my story, now I have a message for all you guys trying to fight this. Always remember that NoFap is only a very small part of the battle. Once you win this you will find there’s a lot more left to conquer. It will never get easy, although I agree first few weeks are fhard (literally :P). But trust me, you will get stronger every day. I still face the same urges I did 700 days ago, but I like to think that I’m much stronger now.
Please let’s not make NoFap a cult. Let’s focus on smaller battles within us that stop us from being happy and satisfied. Happiness and satisfaction comes from within. Just let that void be. Don’t try to fill it with anything. That void within ourselves is what makes us human.

Have faith you guys. Faith in yourself. Stay strong!

Her comments have turned into a storm with others trying to stop m@sturb@ting, with men flocking to comment on the post. “Just started this great journey to enlightenment and four days later I’m starting to feel better,” wrote one person.

Another said that he had restored his faith in humanity, adding: “We are from Earth and so we need to help ourselves.”