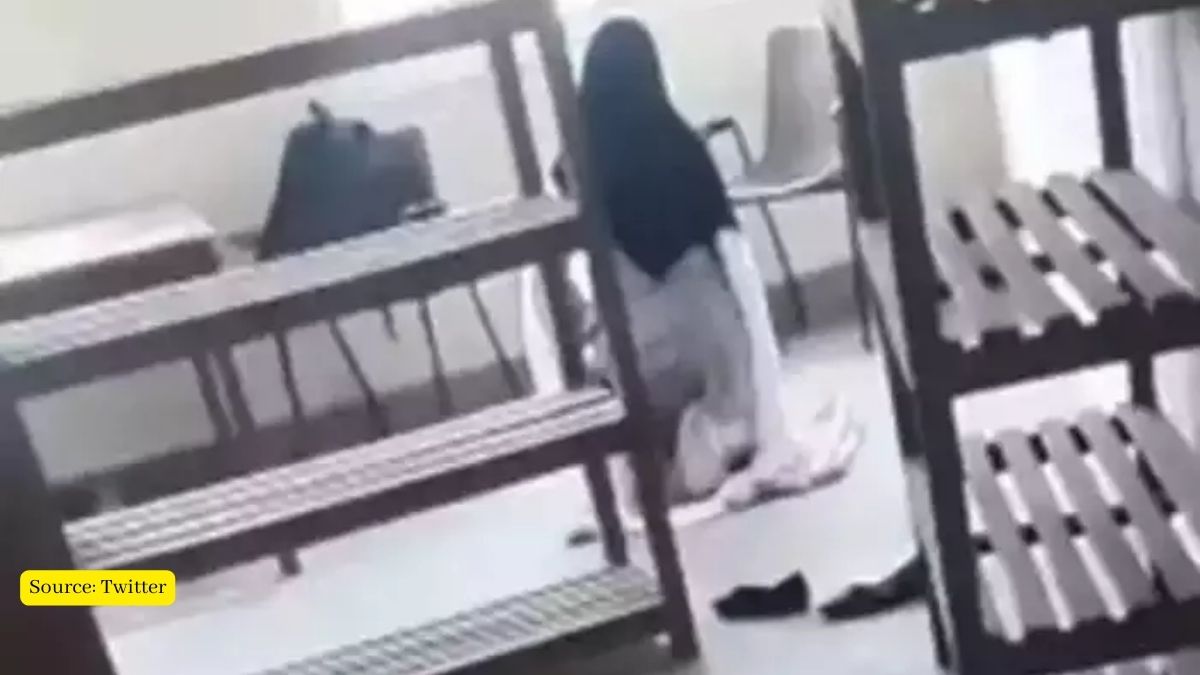 The student, who was involved in the matter of offering prayers at Dr. Hari Singh Gaur Central University in Sagar, Madhya Pradesh, has spoken. As per the report of The Indian Express, the student has said: “What need do I have to be afraid? I thought I had done nothing wrong.”

On March 25, a video of a 22-year-old girl offering prayers in an empty room in a university apartment went viral, prompting the university to ban prayers from the building. After this video surfaced, Hindu Jagran Manch had submitted a written complaint against the student to the university, after which a six-member investigative committee was formed.

The woman’s father, 50, who lives with his wife, son and 22-year-old in Damoh’s Hatta tehsil, says that despite his middle-class background, he enrolled his daughter in the Bundelkhand public school. , then the only private, English-medium school in Hatta.

“It didn’t matter if we ate less on a given day, but I made sure I never delayed paying school fees. She has always been a deserving student. Throughout school and college, every time we entered his class for parent-teacher conferences, we would look for his name on the blackboard, as he was always among the rank holders,” he says proudly, adding: “He got 93 percent in Class. 11, but her Class 12 percentage dropped because she had to have elbow surgery.”

Recalling the day she was filmed offering her namaz, the 22-year-old says the department was holding elections for class representatives for the student council: she was one of five candidates in the fray. One of her teachers said that since the pandemic disrupted last year’s student union elections, they were held this year, even though the academic session was almost over.

The university later issued a farewell quoting the student as saying she “didn’t know religious practice should be prevented in the department building.”

The final semester BSc-BEd student recounted that when she started studying at the university in 2018, she had been offering Namaz ever since. She said that her classmates and many of her teachers also knew this, but no one objected.

The university’s media officer, Vivek Jaiswal, said that the university had given this order in special circumstances, students can hold these religious activities in their hostels, but they have been advised to avoid doing it in the department building.

A member of the university’s investigative committee told the newspaper that secretly making a video of a female student is a cybercrime.

“We had told the student that if she wanted to file an FIR, she could do so, but she refused to go through with it,” he said.