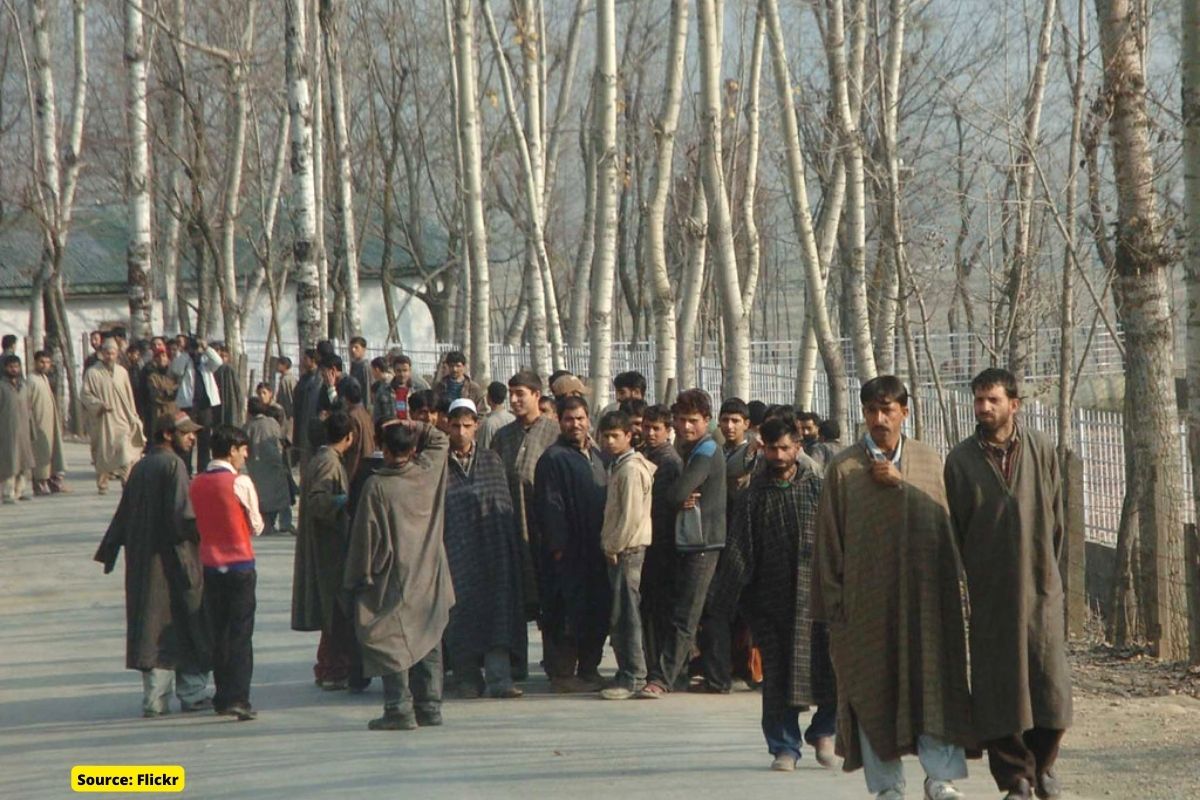 More than five thousand Kashmiri Pandit employees recruited under the Prime Minister’s special employment package in 2008 did not return to duty on Monday, even after a month of the murder of a Kashmiri Pandit Rahul Bhatt in Budgam.

However, senior officials are hopeful that this person will return to work within the next two weeks.

According to The Hindu, most Pandit employees feel recent measures are taken by the government, including posting at district headquarters and secure areas, are not enough to address their concerns.

Due to the continuous targeted killings of Hindus in Kashmir in the month of May, an atmosphere of fear has now been created among the Kashmiri Pandits. Just in May, militants attacked and killed a Kashmiri pundit and two Hindus from Jammu, a Hindu from Rajasthan and three local Muslim policemen.

Sanjay Kaul, a Kashmiri Pandit employee from South Kashmir, told The Hindu: “I too have not joined the service like others. Our main demand is to transfer to the relief commissioner’s office until the situation improves. Selective killings scared us.”

He said: “Our children are also locked in the house like everyone else. Our children’s future is at stake. This is also affecting our state of mind.”

The government has ordered the transfer of Kashmiri Pandits to safer places, such as the district headquarters. So far, at least 177 education department employees have been moved to safe areas.

Sanjay Kaul told the newspaper that every time he leaves the house or goes to the office in Srinagar, he has to report it to the police. He said: “The police also call us to find out if we have gone somewhere. Is this security?”

Citing official sources, the newspaper has written that district officials have been instructed to inform Pandit staff to return to work informed and set a time limit.

According to official data, so far 5,412 employees have been hired under the PM package and have been assigned to ten districts in the Valley.

People killed in J&K this year

In the last two days of six unsolved murder cases, there have been three attacks and three murders. This includes a teacher from Jammu, a bank manager from Rajasthan and a migrant worker from Bihar.

January 29: Ali Mohammad Ganai, a policeman, was shot outside his residence in Hasanpora village in Anantnag, southern Kashmir.

March 9: Sameer Ahmad Bhat, a sarpanch, was shot at his home in Khonmoh, outside Srinagar.

March 10: Sameer Ahmad Malla, a soldier, was shot three days after being kidnapped from his village of Lokipora in Budgam.

March 26: Ishfaq Ahmad, a Special Police Officer (SPO) and his brother Umer Ahmad were shot inside his home in Chadbugh Budgam.

4 April: CRPF staff member Vishal Kumar was shot and his colleague was injured at Maisuma in Srinagar.

April 13: Satish Kumar Singh, a member of the Rajput community, was shot in Kulgam village in Kakran.

May 12: Rahul Bhat, a Kashmiri Hindu government employee, was shot inside his office in Chadoora in Budgam.

May 25: TV artist Amreen Bhat was shot inside her home in Hushroo Chadoora.

March 12: Shabir Ahmad Mir, a sarpanch, was shot in the village of Kulgam in Audora.

March 12: CRPF staff member Mukhar Ahmad was killed in Chotipora village in Shopian while he was off duty.

April 15: Manzoor Ahmad Bangroo, a sarpanch, was shot dead in the Goshbugh village of Pattan in Baramulla.

May 17: Ranjit Singh, a Rajouri wine shop clerk, was killed inside his shop in Baramulla.

April 18: Surinder Singh and Deb Raj, both members of the RPF, were shot at the Kakapora railway station. Singh died instantly, Raj succumbing to his injuries six days later.

May 13: Riyaz Ahmad Thoker, a policeman, was shot in the Gudoora village of Pulwama when he was off duty.

May 24: Saifullah Qadri, a policeman, was shot at his home in Soura Srinagar. Qadri’s nine-year-old daughter was injured in the attack.

May 31: Rajni Bala, a school teacher from Jammu, was shot in front of her school in Gopalpora, Kulgam.

June 2: Vijay Beniwal, a bank manager from Rajasthan, was shot inside his office in Arreh village in Kulgam.

June 2: Dilkhush Kumar, a worker from Bihar, was shot dead.