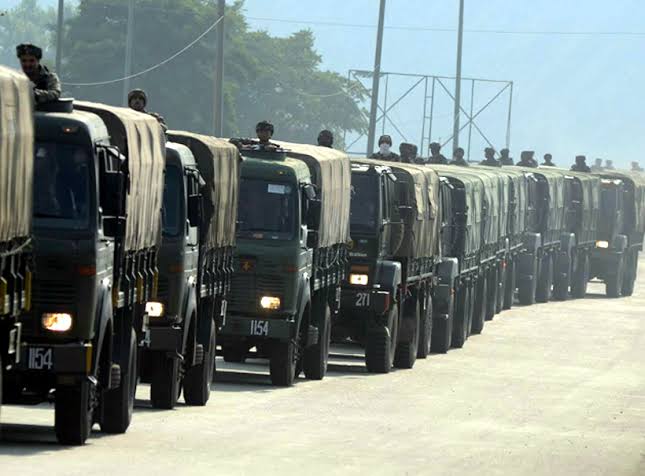 The Central government’s decision to deploy additional forces for security in Jammu and Kashmir has drawn sharp reactions from political parties in the Valley.

The decision comes after National Security Advisor (NSA) Ajit Doval returned from a two-day visit to Kashmir Valley during which he reviewed the law and order situation in the state. It may be recalled that J&K continues to remain under the President’s Rule. 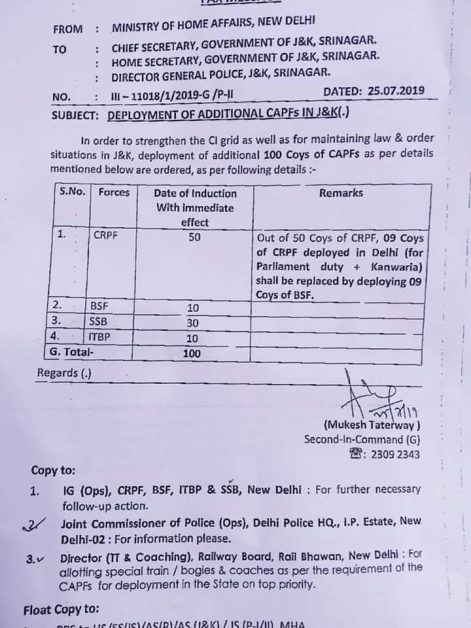 Doval, during his two-day visit to the state, met senior state government officials and top Army commanders who briefed him about the ground situation there.

Former Jammu and Kashmir chief minister and PDP leader Mehbooba Mufti had criticised the Centre’s move to deploy additional troops in the state. She said that the move will create an environment of fear among the J&K residents.

”Centre’s decision to deploy additional 10,000 troops to the valley has created fear psychosis amongst people. There is no dearth of security forces in Kashmir. J&K is a political problem which won’t be solved by military means. GOI needs to rethink & overhaul its policy,” the PDP leader said.

Dilbag Singh, the Director-General of Jammu and Kashmir Police, had earlier requested for the deployment of additional central para-military troops for maintaining the law and order situation in the state.

Home Ministry sources said that the additional forces are being deployed to strengthen “counter-insurgent grid” as well as maintaining law and order in Kashmir.

According to sources, troops are being airlifted from various parts of the country for deployment in Jammu and Kashmir.

Meanwhile Central Armed Police Forces (CAPF) in Kashmir termed deployment of additional forces in valley as routine induction and said that there was nothing special in it.

“Induction (of forces) is a continuous process and as and when the need is felt to strengthen the law and order grid and also anti-militancy front (more forces are inducted). In the past we also had the induction. It is a routine induction and nothing special in it,” IG CRPF Dr Ravideep Sahi told report on the sidelines of a function here in connection with the raising day of the paramilitary forces.

A company has around 100 troops each. Around 40,000 additional central paramilitary forces were recently deployed by the Centre for the successful conduct of the annual Amarnath Yatra and the safety of thousands of pilgrims visiting the holy cave shrine dedicated to Lord Shiva.

Earlier on February 24, around 100 companies of central paramilitary forces were airlifted and deployed in the Kashmir Valley.

The Centre then said that the troops were deployed for conducting free and fair 2019 Lok Sabha elections which were held in April and May.

It was followed by a ban on Jamaat-e-Islami and a major crackdown on its leaders and supporters in the state.