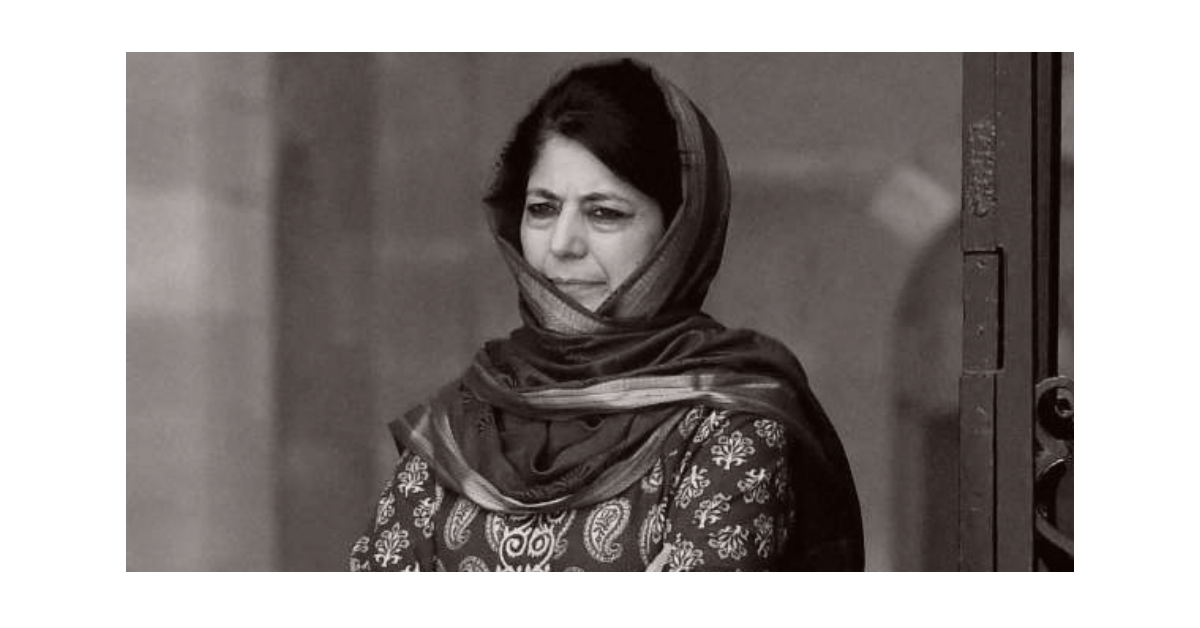 Former Jammu and Kashmir Chief Minister and PDP President Mehbooba Mufti appealed Government of India and militants for ceasefire in the holy month of Ramadhan.

Mehbooba Mufti, while addressing press conference in Srinagar said,During the Month of Ramzan People pray day & night and go to mosques, I would like to appeal to Govt of India that just like there was a ceasefire during Ramadan last year, crackdowns, search ops should be stopped, so that people of J&K spend at least this one month in relief”.

During the Month of Ramzan People pray day & night and go to mosques, I would like to appeal to Govt of India that just like there was a ceasefire during Ramadan last year, crackdowns, search ops should be stopped, so that people of J&K spend at least this one month in relief”. “Ramzan will start in two days, and I appeal to GoI to declare a ceasefire in this month, just like it was done last year. The people of the state, especially the valley, have been going through very troubled times and they should be allowed to observe Ramzan with ease”, she said.

Mehbooba further added, “Government of India is at war with its own people in Kashmir. Be it the ban of Jamaat-e-Islami, ban of JKLF, the suspension of cross LoC trade, the Highway ban and the way people are being picked up by the forces. It seems in the name of curbing militancy, Government of India wants to break the people of Kashmir.”

Mehbooba Mufti also appealed to the militants that they also should avoid attacks in Ramazan.

“I would also like to appeal to the militants that Ramadan is a month of worship and prayers. They should not make any attacks during this time,” Mehbooba Mufti said.

Mehbooba said Ramzam ceasefire would be an opportunity for Prime Minister Narendra Modi to prove that he was following former prime minister AB Vajpayee’s policy of ‘insaniyat’, ‘jhamooriyat’ and ‘Kashmiriyat’.

“Modi keeps on saying that he wants to follow Vajpayee’s policy of insaniyat, jhamooriyat and Kashmiriyat and I feel that announcing a Ramzan ceasefire will be the biggest proof of democracy and humanity,” she said.

The former chief minister said while elections were going on in the country, the Centre had turned Jammu and Kashmir “into a battlefield” and slammed decisions like ban on Jamaat-e-Islami and JKLF, suspension of cross-LoC trade and the closure of highway for civilian traffic for two days a week.

The decision was welcomed by many political parties and leaders across the country and hailed by the Kashmiris.

Welcoming the Centre’s decision to hold a ceasefire in Jammu and Kashmir, Mehbooba Mufti had said that it would go a long way in creating a peaceful and amicable environment for a sustained dialogue. Omar Abdullah had also asked the militants to reciprocate to provide relief to the people during Ramadan.