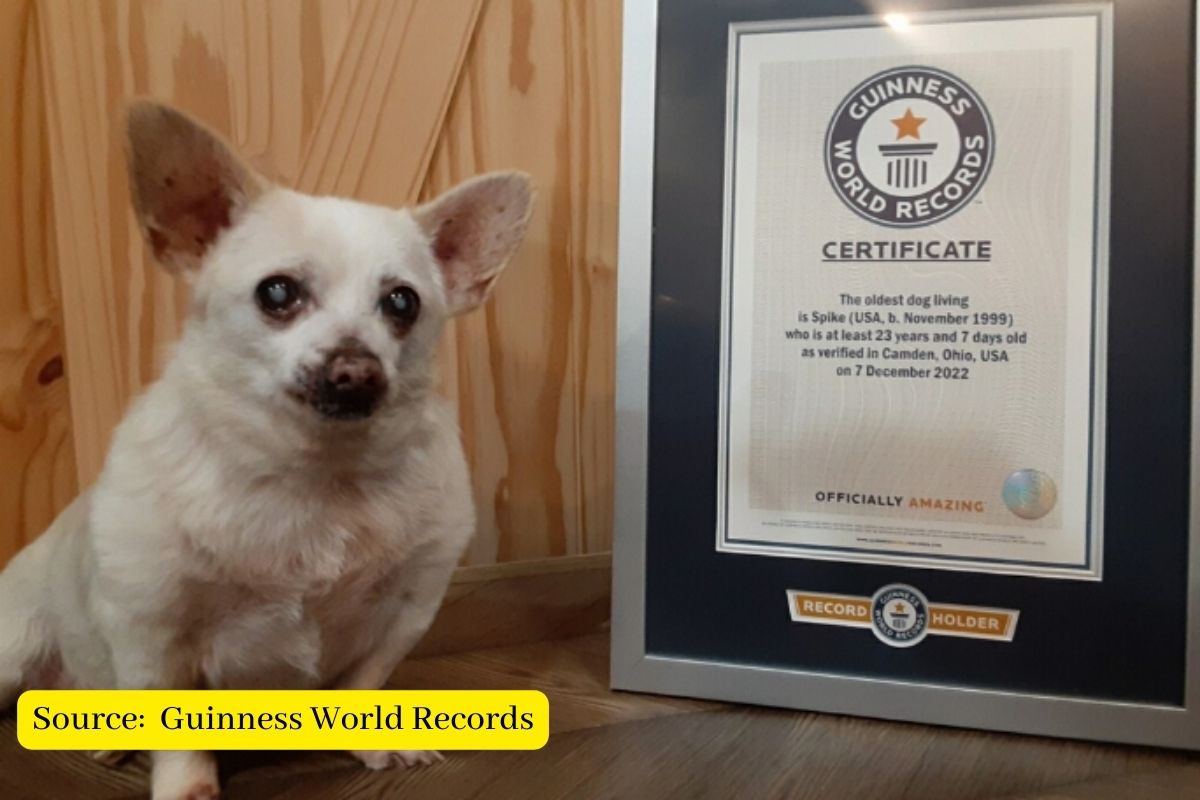 Spike, a Chihuahua from Ohio, is officially ‘the world’s oldest living dog’ according to Guinness World Records; He was born in November 1999 and is 23 years old, which certifies him as a record holder.

Rita Kimball and her family found Spike in a grocery store parking lot in August 2009 at the age of 10, the 9-inch-long tenderloin is still their mascot 13 years later.

“He was shaved on the back, had bloodstains around his neck from a chain or rope and looked rather rough; The grocery store clerk told us that he had been there for three days and they were feeding him leftovers,” Rita said.

Kimball discovered that his dog could be the oldest in the world while watching an episode of ‘The Tonight Show Starring Jimmy Fallon’, in the program, there was talk about the news of Pebbles, a dog that had been the oldest and died in October at 22, at the time Rita, she realized that Spike was older.

Rita Kimball has contributed to the long life of the 12.9-pound Spike with a solid routine, according to what she recounts, the pup begins his day between 7:00 in the morning or 7:30, on summer weekends, He goes for a walk and also visits the animals that are also on Rita’s farm.

“Visit the animals in the barn: cows, horses, and barn cats,” Rita said. After his morning walk, Spike returns to the house where he takes a nap on the porch and prepares for the next day while Rita makes herself a cup of coffee.

After his morning walk, Spike returns to the house, where he takes a nap on the porch and prepares for the next day while Rita makes herself a cup of coffee. “On a farm there is always something to do: we cut wood, clean the fences, bale hay and harvest,” says Rita.

“Spike has ridden on tractors, on the combine, and is with us when we cut wood.” After a long week of working on the farm, Spike usually enjoys a swim on Saturday night.

For dinner, he eats sausage and cheese and occasionally treats himself to baked ham, Colby jack cheese, and popcorn chicken.

In her early years, she loved Doritos,” Rita recalls. “He liked them crunchy and ate the cheesy Doritos every time we got them.”

Throughout her life, Mrs. Kimball recalled, “On the whole, though, she was great with the grandkids and never bit a stranger. His little tail still wags when people talk to him,” she says.

She also had some words of advice for other humans with pets: “Healthy diet, room to roam, daily exercise.” And of course, “unlimited love and attention.”

What is Guinness World Records?

Guinness World Records or Guinness Book of Records, documents and celebrates superlative achievements that are considered the best in the world, is a reference work published annually that contains a collection of world records, both in human achievement and in the natural world.

The book itself sets a record by itself, being the best-selling copyrighted book series of all time. It is also one of the most stolen books from public libraries in the United States.