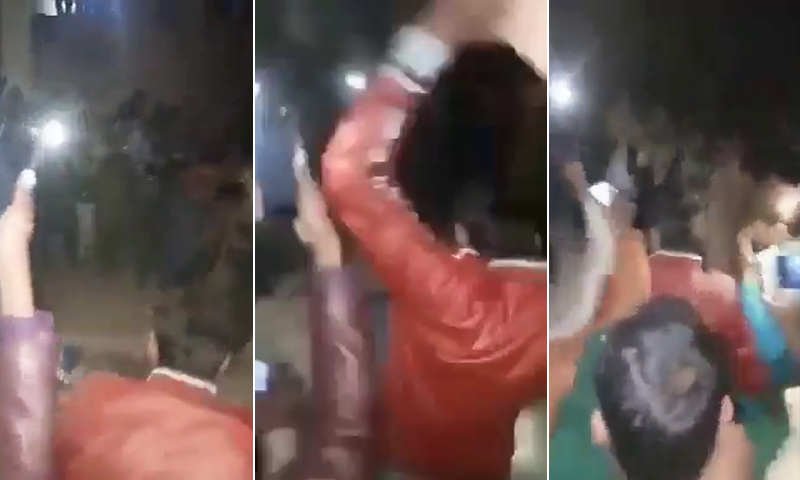 Ground Report | New Delhi: Man insult to Quran in Pakistan; A man was lynched to death by a mob in Pakistan’s Punjab province. This incident is from Tulamba town of Khanewal district. Khanewal District Police and Additional IG South Punjab Office have confirmed the death of a person in the mob lynching. However, he did not officially give any reason for this.

According to the local people, the deceased had allegedly insulted the Quran. In a video going on social media on Saturday night, the body of a man was seen hanging from a tree. At the same time, in the second video, an angry mob was throwing stones at a man lying down.

Khanewal district police spokesman said that a man was thrashed to death by an angry mob in Mian Channu tehsil. A large number of police forces were deployed in the area after the incident. People are angry and efforts are on to control the situation.

The eyewitness of the incident, Naseer Mian, told that he heard the noise in the evening and when he reached there, he saw a crowd of people pelting bricks and stones at a person. People were very angry.

When he asked the reason behind the incident, people said that the person had insulted the Quran. The body of that person was then hung from the tree. When the police reached the spot, the angry mob started throwing stones at them too. Some policemen received minor injuries and one policeman was seriously injured in the blast.

The prime minister, Imran Khan, said on Twitter that his government has “zero tolerance for anyone taking the law into their own hands”, adding that “mob lynchings will be dealt with with the utmost seriousness of the law”. He said he had sought a “report on the action taken against the perpetrators of lynching” from the Punjab authorities. … and against the police who failed in their duty”.

Few issues are as provocative in Pakistan as blasphemy, and even the slightest suggestion of an insult to Islam can intensify protests and incite lynchings. Rights groups say allegations of blasphemy can often be levelled to settle personal vendetta, in which minorities are largely targeted.

In April 2017, an angry mob killed a university student Mashal Khan after he was accused of posting blasphemous material online. and a Christian couple who were falsely accused of profaning the Quran after they were burnt in a kiln in Punjab in 2014.