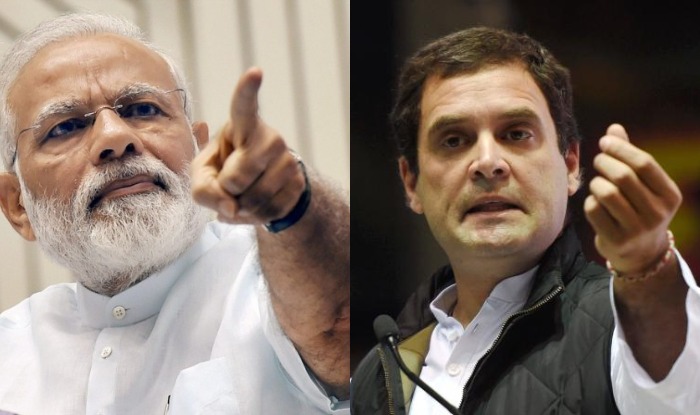 The Bharatiya Janata Party (BJP) is once again headed towards a brute mandate as results for the Lok Sabha elections 2019 pours in. The party along with its alliance partners has crossed the magic figures of 272. At the time of writing of this copy, the BJP was leading on 292 seats while the Congress is leading on just 51 seats.

The results are on the lines of the 2014 Lok Sabha election results and establish that the BJP is riding high on Modi wave 2.0. The Congress has, however, failed to carry forward the momentum from its recent election victories in Madhya Pradesh, Rajasthan and Chhattisgarh assemblies.

PM Modi eyes victory in Varanasi
Prime Minister Narendra Modi who is contesting from Varanasi for a second term in the Parliament is comfortably leading the polls. At the time of writing the copy, he was ahead of Congress candidate Ajay Rai by over 1.5 lakh votes. The Prime Minister had campaigned intensely on the planks of national security and the idea of ‘New India’ across the nation, the BJP is reaping the benefits.

Smriti Irani leading in Amethi against Rahul Gandhi
A Congress bastion for over two decades, Amethi is witnessing a tough battle between Congress president Rahul Gandhi and BJP’s Smriti Irani. As counting in two rounds completed, Irani was leading with over 9,000 votes. If the trends continue, and the Congress faces a loss on the seat it will be a major dent for the grand old party and loss of face for the Gandhi family. Irani had accused Gandhi of being missing from his Lok Sabha seat. Rahul has won three terms from the Amethi seat in the past.

Congress maintains its Rae Bareli bastion
The Congress has fared well on its traditional stronghold Rae Bareli from where former party president Sonia Gandhi is on the ballot. At the time of writing the copy, Sonia had received 135260 votes.