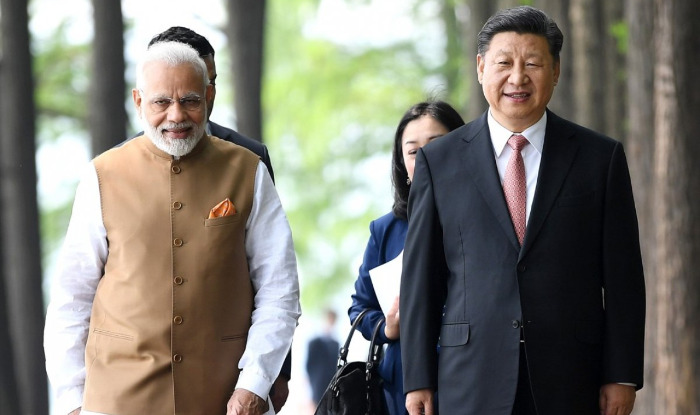 Diplomacy has existed between kingdoms, city-states and in modern times, especially after the Treaty of Westphalia (1648), between the nation-states. Britannica defines diplomacy as, ‘the established method of influencing the decisions and behaviour of foreign governments and peoples through dialogue, negotiation, and other measures short of war or violence.’ That the school of diplomacy is an age old one is an undeniable fact, something that has functioned and continues to do so in changing epochs. Diplomacy has also stood as one of the most significant pillar that sustains the discipline of International relations.

From Thucydides and Kautilya to Kenneth Waltz and Fukuyama, the school has seen a massive diversity of thought-processes, yet core remaining the same, that is, the promotion of self-interest and well being of a state. Interestingly, the element of continuity has been complimented by the element of change both in terms of its form and functioning.

Therefore, new prefixes are added to it every time a new style of diplomacy is introduced in a global environment. So we have the chequebook diplomacy allegedly carried on by China which has been using its herculean economic might in the form of aid, grants and loans to influence smaller states to fall in line or rather fall for its ambitious BRI (Belt and Road Initiative) project in contemporary times.

Some years ago, the Sari-Shawl diplomacy was in news in the context of South Asia when PM Modi and then Pakistan PM Nawaz Sharif exchanged the two above mentioned gifts from each other for their mothers, which was considered to be a step towards peace-building between two hostile neighbours.

The term space-diplomacy had been the buzzword in media since the advent of cold war. Since there have been examples of the previously considered unconventional forms of diplomacy turning into the mainstream, can we also have the disaster-management diplomacy as our new arm of foreign policy, especially for our neighbours as well as the smaller and developing states?

The concept and practice of this form isn’t completely new and had existed before too. For example, India was instrumental in providing immediate relief to Maldives when the tiny but strategically vital state ran out of drinking water in December, 2014, after a fire destroyed the generator of its biggest water treatment plant.

This involves a multitude of actors as well as resources. India’s successful handling of the recent Cyclone Fani that hit parts of Eastern and North-Eastern India highlights the fact the India has come out of ages from being a state heavily dependent of Western support for the information and relief work in the wake of any natural calamity to one that can in fact set up a global example on how to deal with such a catastrophe.

The way India managed to deal with one of the strongest cyclones of recent times that hit Odisha has won global appreciations and accolades. The credit for this goes to both the Central and state government of Odisha as well as the defence forces and NDRF which started their work very early, as soon as they got the information.

Also, the IMD (Indian Meteorological Department) needs special mention for its timely prediction about the storm that was brewing up due to the formation of low pressure area in the equatorial Indian Ocean and the south Bay of Bengal. This was the reason why the casualty was much less in a situation where the winds with 175 kmph speed shattered away almost everything that came on their way.

The videos of the falling signboard, trees and poles on the road could have been even more horrific had the timely preparations not took place. Odisha is no stranger to cyclones. In 2013, the State was hit by cyclone Phailin which was followed by flood, next year in 2014 cyclone Hudhud had caused extensive damage.

The region of South Asia and Asia Pacific is especially more sensitive to these disasters primarily due to its geography as well as due to the consequences of climate change. All the member states of the South Asian Association for Regional Cooperation (SAARC) are highly prone to hydro-meteorological and geological hazards such as floods, landslides, droughts, cyclones, earthquakes, heat waves, avalanches and tsunamis.

Under these conditions, India can take a leading role in offering it’s supports to other states which do not have enough resources both physical (large army, aircrafts, communication satellites) as well as intellectual (dedicated research institutions and scientists).

As the impact of climate change becomes more and more pronounced, the risk of disaster and the need for its mitigation will grow exponentially. The world has seen that India can do that in an unprecedented manner. The question remains whether India will be able use it as a leverage in its foreign policy or not.

However, a lot will depend upon how well are we able to carry on such a fine management in case if it happens in the future in any part of the country. Also, in this sphere too, China remains our rival as the country has far better resources than us. In order to take a lead, taking cue from Sri Lanka and Bangladesh, the government of India too can establish a separate ministry of disaster management for better coordination between different ministries as well as other institutions.

Recently, India’s ISRO decided to set up five large ground stations and more than 500 small terminals to help put in place applications ranging from television broadcasting broadcasting to telephony and internet, disaster management. More research institutes and special centres need to be opened in universities across India to provide better policy as well as timely predictions. All this can help in improving our position as country with acute Disaster-management diplomacy

(Disclaimer : The writer is a JRF and PhD candidate at JNU School of International Relations. The views expressed are his own.)