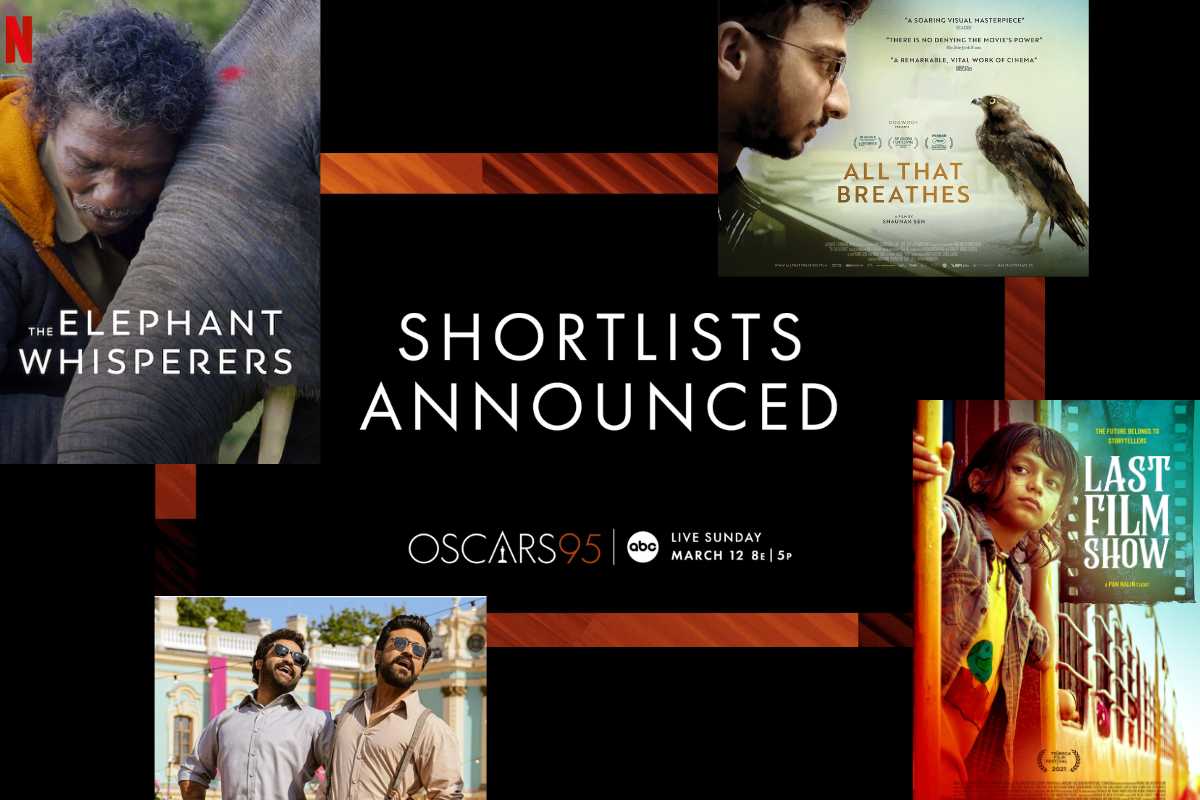 Indian films shortlist in the Oscar 2023: The shortlist for the Academy Awards a.k.a Oscars 2023 is out. And, it looks like a good year for Indian films. Everyone is talking about RRR’s original song ‘Naatu-Naatu’ nomination, but there are a few more films on the shortlist.

The incredible dance number from the extravagant RRR has made it into the shortlist. I am not sure, if this is the first Indian song, as ‘Jai Ho’ from Slumdog Millionaire has already won the Oscars. Regardless, we can’t keep calm.

RRR has the potential for other nominations also. Let’s wait, and watch. Watch the film on Netflix, in Hindi.

Shaunak Sen’s directorial is one of the most talked about documentaries of the year in the World. It is the first documentary to win the best documentary at Sundance and Cannes. HBO acquired its streaming rights, but it is yet to release in India.

The documentary follows two siblings in Delhi who treat injured birds in the choking city of Delhi.

The film is directed by Kartiki Gonsalves and revolves around a couple, who devote their lives to caring for an orphan elephant. The film is streaming on Netflix.

Pan Nalin’s Gujarati film is India’s official entry to the Oscars in the abovementioned category. The film is an ode to cinema and its beautiful conception. This film is also streaming on Netflix,

Other categories like Best Picture, Best Actor, and Best Director may be announced later, or not at all.

Also to mention, the Pakistani film ‘Joyland’ is also shortlisted in the International feature category. I am personally excited about All That Breathes. I hope it wins big at the Oscars.

Homable Films, which produced Kantara, and KGF, is also sending Rishab Shetty’s Kantara for Oscars consideration. SS Rajamouli has been traveling with RRR across the UK, and the US and spreading the buzz for the film. Ram Charan and NTR Jr starrer RRR got two nominations at Gloden Globe.

This indeed feels like a glorious year for Indian films at the Oscars.

According to the Oscars website, the nominations will be out on 24th January 2023.