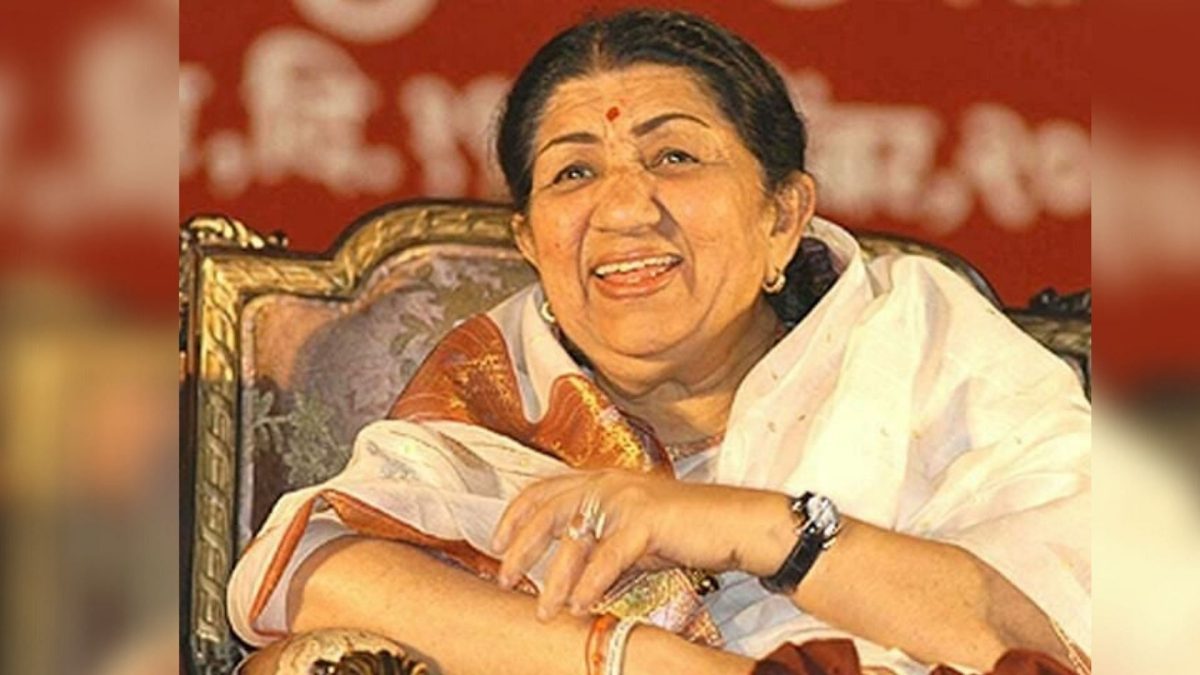 Ground Report | New Delhi: Lata Mangeshkar; Singer Lata Mangeshkar, famous for Swara Kokila, passed away on Sunday at the age of 92. She was admitted to the hospital in early January this year after being infected with Covid. She remained in the ICU for weeks after her condition did not improve.

Expressing grief, Union Minister Nitin Gadkari wrote, “The pride of the country and the voice of Shirmor (Sirmour) of the music world, Kokila Bharat Ratna Lata Mangeshkar ji is very sad. My heartfelt tribute to the holy soul. Her passing is a loss for the country. Irreparable loss.She was always an inspiration to all music lovers.

Lata Mangeshkar was a legendary playback singer who gave a new definition to film music in India. With the rise of Bollywood, there has been an important role of playback singers or playback singers in films, who have been giving their voices behind the scenes to the actors and actresses on the film screen.

The big reason for this was that the role of music has always been very important in Bollywood films. Lata Mangeshkar was called ‘Sur Kokila’ of India. Her film music career spanned more than half a century in which she sang over 30,000 songs in 36 Indian languages.

For many decades, Lata Mangeshkar was India’s most famous and in-demand singer. Every big Bollywood actress aspires to sing songs of Lata Mangeshkar.

Their popularity was so great that each album sold in the tens of thousands. Lata Mangeshkar was born on 28 September 1929 in Indore city of Central India. Her father Pandit Deenanath Mangeshkar was also a singer. She was also a theater artist. And, was also the producer of musical plays in Marathi language.

Lata Mangeshkar was the eldest of her father’s five children. Later Lata’s younger siblings also followed her and entered the world of music and later became famous singer of India.

Lata Mangeshkar recalled her childhood in an interview that her family had a deep connection with classical music. She did not like film music in her house.

Lata Mangeshkar never got formal education. A maid explained the letters of Marathi to Lata. At the same time a local priest taught him Sanskrit. Relatives and teachers who came home taught him other subjects. Lata Mangeshkar’s family had a very bad time when her father lost a lot of money and had to shut down her film and theater company.

After this her family moved from Indore to Poona (now Pune). Because, her ancestral house located in Sangli, Maharashtra was auctioned to recover the debt. After the death of her father, Lata Mangeshkar moved with her family to Bombay (now Mumbai).

This is from the 1940s. There was not much scope for singing in films then. Hence, Lata Mangeshkar started acting to run the family. She also acted in a total of eight Marathi and Hindi films. She also sang a few lines and a few words in the 1943 Marathi film Gajbhau. This was her first song in films. By the time of 1947, Lata Mangeshkar started earning about 200 rupees per month from acting.

She told Nasreen Munni Kabir about her acting phase in an interview like this, “I never liked acting. Doing that make-up, lighting, instructing people to speak this dialogue and say that thing. I Felt very uncomfortable with everyone.