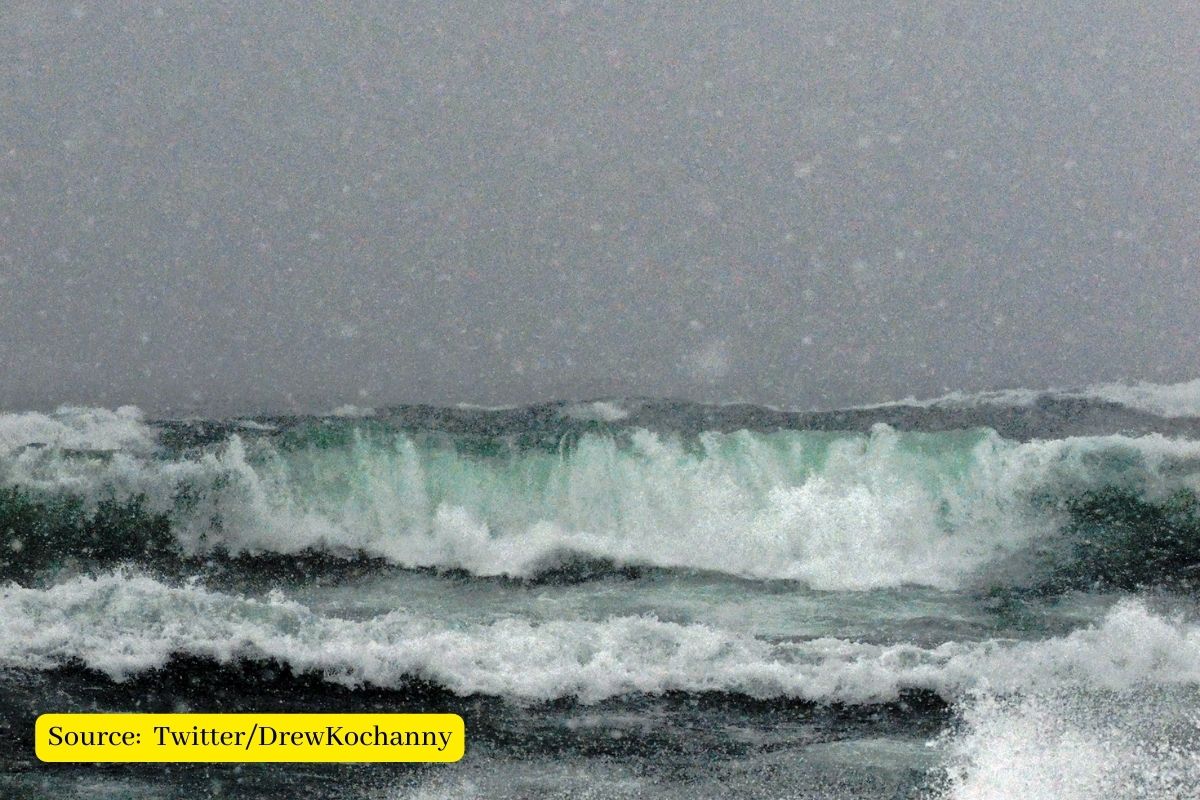 Amid freezing temperatures, sea smoke continues to blow over Lake Michigan in The Windy City. Lake Michigan’s water temperature hovered around 40 degrees, while the air temperature was 5 below zero. As the relatively warm water evaporates, it quickly condenses in the frigid air into a thin layer of steam.

Lake Michigan saw impressive white caps Friday, with slightly smaller waves moving along Lake Huron. If the water temperature drops below 32 degrees, parts of Lake Michigan could freeze over in the next few days. Chunks of ice were already forming on the lake shore.

The National Weather Service (NWS) issued marine advisories through Saturday morning for many areas around the lakes due to surf and gusty winds.

Winter storm Elliott battering the United States has intensified to become a “bomb cyclone” near the Great Lakes, bringing strong winds and blizzards across the Northwest. Freezing rains, heavy snowfalls and a drop in temperatures of up to 20 degrees in a few hours are causing chaos throughout the country.

According to the latest official data, more than 4,600 flights have been canceled on Friday (to add to the more than 2,700 canceled on Thursday). Thousands of people have been unable to travel this Christmas due to the massive winter storm.

In states like New York, Maine, New Hampshire or Connecticut, more than 860,000 people have lost access to electricity, according to the Poweroutage portal. The authorities of these states have prohibited road traffic upon learning of the “potentially devastating impact in the center and eastern areas” of the country.

A Twitter user wrote “Lake Michigan is a majestic sight at the best of times, but when stormy weather rolls in, it’s truly awe-inspiring! Just imagine that vast expanse rolling with waves and clouds overhead; such a powerful image”.

Another user wrote “there is nothing on earth that i have experienced as terrifyingly beautiful as lake michigan in subzero temperatures”.