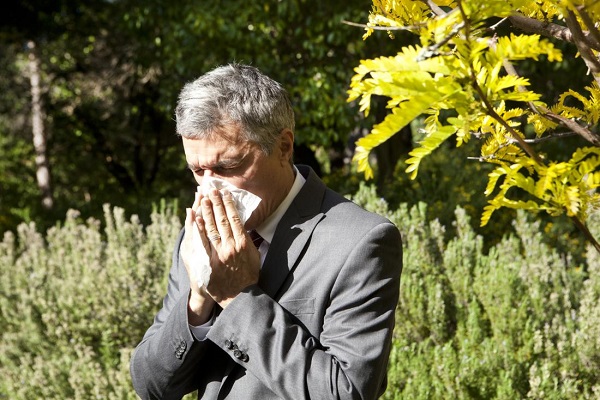 Ground Report | New Delhi: The high temperatures are causing the flowering of many species to come earlier and the lack of rain causes the atmosphere to be more charged with pollen particles. This week cypress pollen has reached “extreme” levels for allergy sufferers, according to the Department of Botany of the Aerobiology Network of Eastern Andalusia, while Parietaria has reached “moderate values”. In cities like Madrid, Cupressaceae pollen has increased by 400% over last year according to experts.

The arrival of the rains this weekend is expected to ease the situation. It is estimated that the cypress “will remain high until mid-March, at which time it will drop until it becomes low-zero.” If there is enough rainfall in March, pollen from spring-blooming species, such as olive trees and grasses, will reach “high concentrations in the atmosphere during April and May.”However, if the rain occurs when the flowers are open, the levels “will drop significantly, as pollen grains are washed down to the ground.”

On the other hand, due to water deficit, the atmosphere is more loaded with pollutants from vehicles, which when they come into contact with pollen, cause the grains to release more allergens and people sensitive to this pollen may notice more symptoms.

All in all, the use of the mask to prevent the spread of covid has contributed throughout the pandemic to partially minimizing the symptoms of allergies and asthma, although, on the other hand, these people have also been more exposed when moving a large part of the activities that used to take place indoors to the outdoors. (Lack of rain)

With regard to allergies to pollens in the future, the new environmental conditions caused by climate change are going to alter not only the levels of pollinosis but also the periods and the type of plants that affect people in certain environments. Experts expect allergies to be more aggressive due to the increase in global temperature, which will favour the most allergenic plants.

In this way, plants such as Cupressaceae, grasses or salsola will most likely reproduce more easily, so there will be a greater number of plants and therefore more pollinosis.