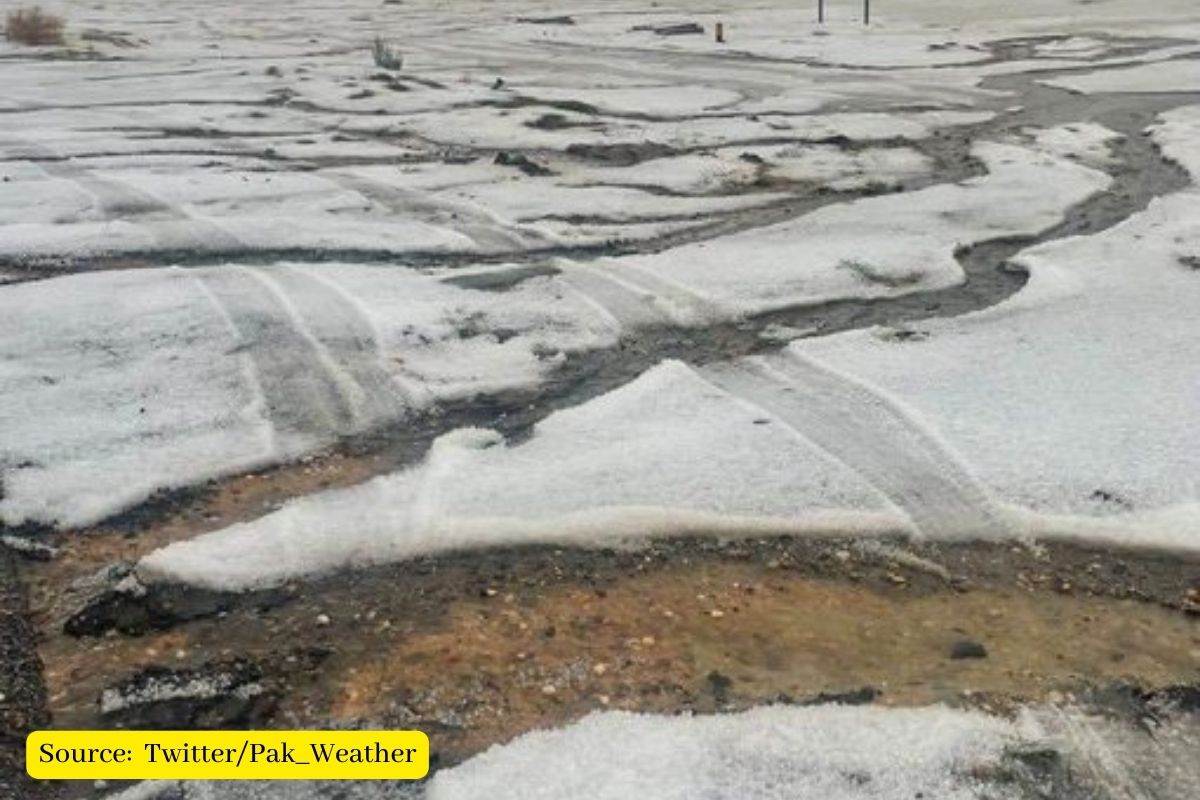 A rare hailstorm in Kuwait, one of the world’s hottest desert countries, buoyed residents on Wednesday as scientists worried about the consequences of climate change in this wealthy Gulf state.

“We haven’t seen this much hail in winter in 15 years,” Mohammed Karam, former director of Kuwait’s meteorological department, told AFP.

The hail fell on Wednesday, but also on Tuesday in Oum al-Haiman, about 50 kilometres south of the capital of the country of the same name. Children donned warm clothes to catch the hail as netizens flooded social media with photos and videos of roads partially covered in hail.

Up to 63mm of rain fell in some areas, weather services said, saying the weather was expected to improve from Wednesday.

According to the meteorological office, rainfall since Tuesday had reached up to 63 millimetres, but the weather was clearing up.

The Home Office announced the closure of a number of main roads after water pooled on their surfaces due to heavy rain.

Kuwait endures scorching summer heat, and scientists predict it could become uninhabitable in the future due to climate change. In 2016, summer temperatures peaked at 54 degrees Celsius (129 degrees Fahrenheit).

Parts of Kuwait could warm by 4.5 degrees Celsius between 2071 and 2100 compared to the historical average, the Environmental Public Authority has warned, AFP reported.

Hottest place in the world

More than 4.3 million people could be left homeless due to the high temperatures that are being generated in Kuwait, a consequence of global warming.

The Middle East is heating up much faster than the rest of the world, and global warming in Kuwait is a clear example of how a country can become totally uninhabitable.

This 2022, temperatures reached 53.2 degrees Celsius (127.7 Fahrenheit), making Kuwait one of the hottest regions in the world.

Not only marine species are dying in Kuwait: the country is facing intense desertification that makes it even more difficult to survive the high temperatures caused by global warming.

Why is Kuwait becoming uninhabitable?

A recent study indicated that 67% of heat-associated deaths in the Kuwaiti capital were related to global warming and climate change. Despite this, the country remains one of the main producers and exporters of oil.

Indeed, the country fell silent as the region’s petrostates joined nations in setting targets to cut emissions — though not cut oil exports — ahead of last year’s United Nations climate summit in Glasgow.