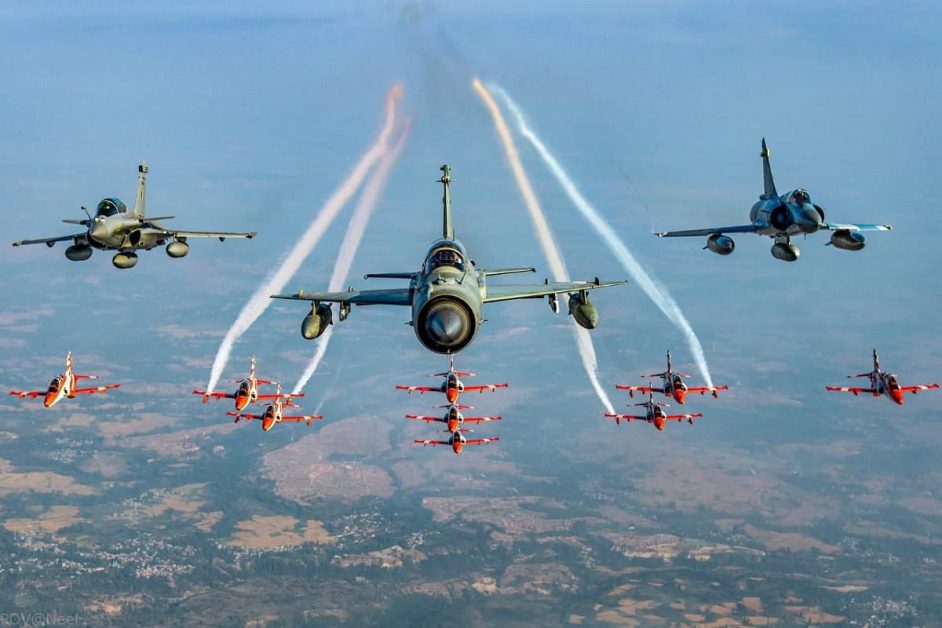 China has been building new airports and upgrading the existing ones all along the LAC. So, the 3.3-kilometre-long runway at Kurebhar on the newly-inaugurated Purvanchal Expressway is designed to play a major role in fighter and transport operations in case of a worst-case scenario. The Lucknow-Agra expressway also has another airstrip for the same reasons.

According to Hindustan Times, “Air Chief Marshal (Retd) S Krishnaswamy, the newly build airstrips on the UP highways are part of Indian Air Force (IAF) plans with the roads specially designed to handle the weight of fighters like Mirage-2000 H and transport planes like C-130 J Hercules. “During 1965 and 1971 wars, the IAF nearly lost planes due to airbases being bombed by Pakistan Air Force planes. Learning from that experience, the Air Force has decided to use these earmarked airstrips on highways to land round the clock using temporary lights, mobile air traffic communications, refuel and take-off after being loaded with armaments,” the former fighter pilot said.”

How Expressway Airstrips are Useful?

Because many Indian airbases only have one airstrip, the airstrip along the expressways serves as the airport in the event that the former is hit by enemy planes or missiles. For instance, the two airstrips in UP are close to airbases so that fuel and armament could be supplied to the landing fighters or transport planes in worst-case scenarios.

The decision to construct these airstrips has been taken considering that PLA Air Force is building underground shelters for its fighters across the LAC. The decision to build these airstrips was made in light of the PLA Air Force’s plans to build underground fighter shelters in Kashgar, Hotan, Damxung, Lhasa, Shigatse, Ngari-Gar Gunsa, Bangda, and Nyinmgchi dual-purpose airports across the LAC, as well as new airports in Tashikorgan, Purang, Tingri, and Lhuntse.

China is constantly upgarding and constructing new Military infrastructures all along the Line of Actual Control (LAC). At this time the Kurebhar Airstrip on the Purvanchal Expressway comes as a strategical move to combat China and help IAF Bases.