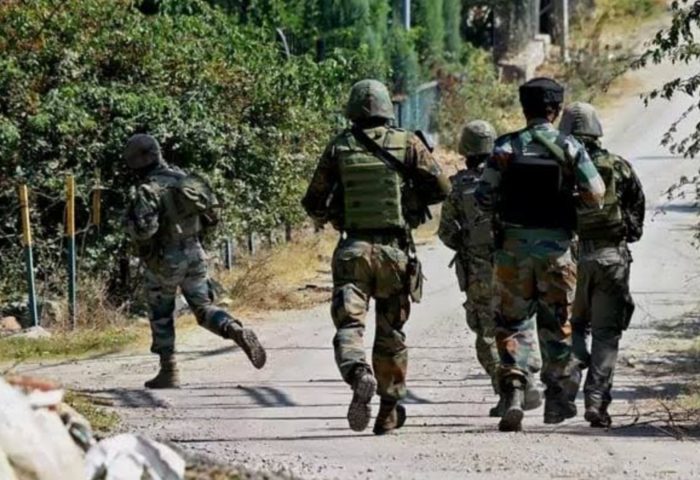 Three militants were killed in an encounter that broke out in Laroo area in Kulgam district of South Kashmir in wee hours of Sunday. Along with the militants, five civilians were also killed in a blast at the encounter site.

While three civilians were declared dead on arrival at the hospitals, two others succumbed to their injuries, Chief Medical Officer (CMO) Kulgam, Dr Fazil Kochak confirmed.

The civilians were identified as Ubaid Laway, Uzair Ahmad, Mansoor Ahmad, Talib Maqbool of Laroo, Tajamul Ahmad of Denew and Irshad Ahmad of Shurat. Three militants were also killed in the five-hour-long gunfight that broke out during a cordon and search operation launched by the security personnel in the area.

Officials said that locals visited the encounter site immediately, despite security forces asking them not to as the operation was ongoing. During the commotion an explosive went off resulting in death of the civilians.

According to an official, the militants were affiliated to terror organisation Jaish-e-Muhammad and were residents of Arwani Bijbehara, Watoo Kulgam and Shopian. According to The Indian Express, Deputy Commissioner of Kulgam Shamim Ahmed said that a compensation of Rs 1 lakh each has been announced for the families of the victims.

Advisor to Governor, K Vijay Kumar & Director General Police Dilbag Singh in a joint statement expressed deep anguish and regret over the loss of civilian lives in a blast near encounter site in Laroo, Kulgam. They urged civilians to avoid such sites till properly sanitised, ANI reported.

Advisor @KVijayKumarIPS & DGP,J&K regret loss of civilian lives at encounter site in Kulgam due to blast after operation was over & civilians rushed to site.They have expressed profound condolences to bereaved families.Such sites should be avoided till properly sanitised.

Tensions in Kashmir has been on the rise, as this was second such encounter in just 12 hours. Earlier on Saturday, five militants were gunned down while 10 security personnel injured in separate incidents in the valley.

Terrible news coming out from Kulgam.May the deceased find place in Jannat.Alienating the people in the fight against militancy is a sure fire recipe for losing the fight. How long can we go on ignoring the ground realities & living in denial about how bad things are in Kashmir? https://t.co/p5c4aoN6Tb

Extremely saddened by the news of kulgam incident , where civilians were once again caught in the cross fire of violence , thus adding fuel to the already volatile situation . All words of condemnation ,condolence sound very hollow at this tragedy .

Watch Our Video On Kulgam Encounter