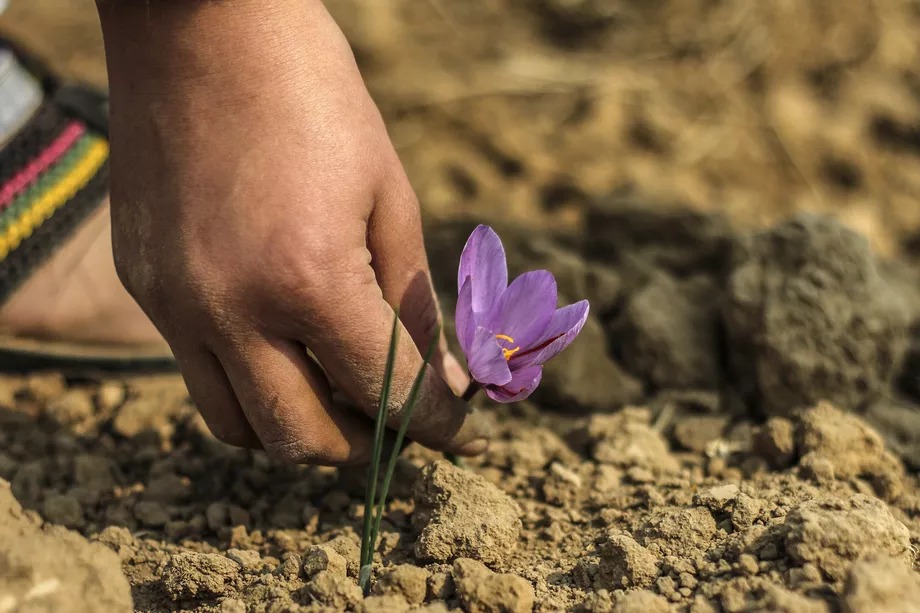 The saffron industries in Kashmir have been dying a silent death over the last decade, with production rates for both commodities witnessing up to45 percent declines in some areas of the Kashmir Valley.

A growing market for cheap, ‘fake’ saffron – either chemically manufactured or ‘cut’ with additives to increase its weight – has dealt a harsh blow to traditional, world renowned saffron producers and sellers in Kashmir. 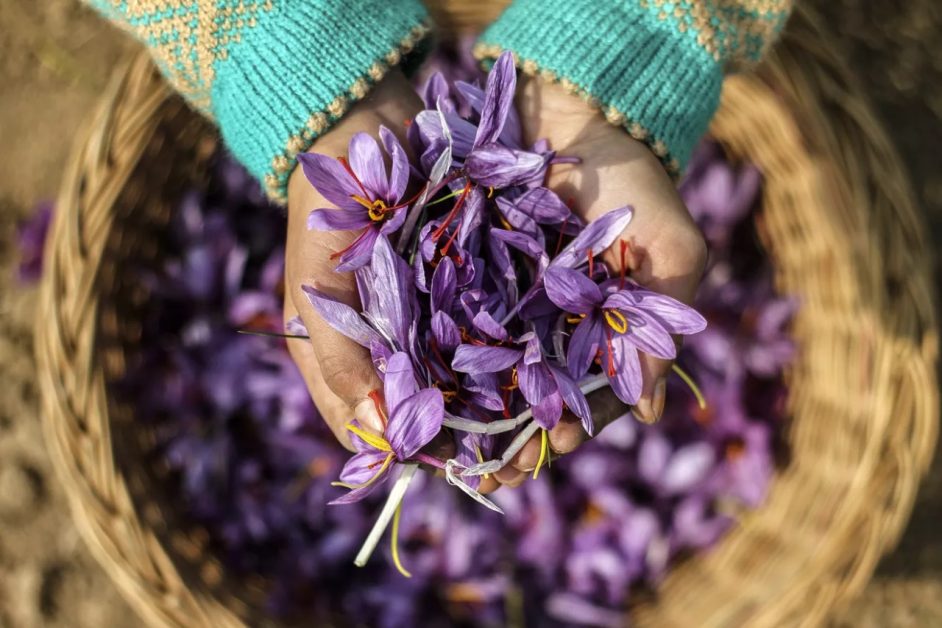 Meanwhile, a mismanaged government monopoly over the silk industry coupled with an invasion of cheap Chinese silk has choked local production, pushing thousands of producers out of business.

As a result, Saffron farmers are facing hard times in the lush Kashmir Valley.

Kashmir is one of a handful of places on this earth that grows natural saffron, along with Iran and Spain, and has long been considered to have the best quality saffron in the world, with rich crop plantations in Pampore, Pulwama, Budgam and Kishtwar.

Abdul Majeed, a saffron grower from Pampore speaking to Ground Report said that fake saffron has forced farmers to give up their decades’ old practice.

“With the filth that’s entering the market, there is no place for original saffron. We spend thousands of rupees on cultivating saffron and get almost nothing in return,” said Majeed.

Kashmiri saffron is considered as one of the finest in the world.

The saffron which grows in the valley, mostly in Pampore in south Kashmir, is the sweetest, most precious spice in the world, which sells around Rs 3 lakh per kg.

In 1997, more than 5,700 hectares of land were cultivated for saffron, according to the Jammu and Kashmir Agriculture Department, producing just under 16 metric tonnes. Due to a severe drought, the early 2000s saw a dip in saffron production, falling to as low as 0.3 metric tonnes in 2001. The next 13 years would see an average of 8.71 metric tonnes yield, even despite flooding in 2012 that brought with it great damage, washing nutrients away from the land.

“One saffron bulb can keep producing flowers for 15 days if it is healthy,” says Hilal Magray, a farmer based in Lethipora, seven kilometers away from Pampore. But “the floods damaged the quality of crop, and the drought damaged the quality of the soil. Saffron requires a very precise constituency (called karewa), a moist soil rich in humus content. Now a lot of bulbs that erupt are unfit for producing flowers, or diseased.”

Magray, who’s in his 30s, is one of the region’s few farmers to take complete control of his father’s lands. “Saffron is always organic,” he says. “Saffron cannot be extracted from the soil on whim. When saffron is pure, it is saffron. When it is impure — it is something else.” Under his brand, Zamindar Saffron, he sells the harvest from his land, in addition to lentils, walnuts, chiles, and jams. Like some others, Magray has realized that exclusively trading in saffron is not a lucrative business, and that the spice can be used as an anchor to deal in other products.

In 2010, the central government set up the National Saffron Mission to revive saffron production in Kashmir. The objective behind the mission, with a budget of 4.1 billion rupees (or $57 million USD), was to reconcile Kashmiri farmers with the changing nature of their job. The goals were manifold: to provide irrigation facilities in the form of sprinklers and taps, to increase the quality of the seed sown for crop, to conduct research to further productivity, and to educate farmers about new methods.

To combat the changing environment, 108 borewells — made by drilling inside the ground to store rainwater — were built. But only eight out of the envisioned 128 sprinklers were set up, and most are not in use: Advocates say local farmers, who have long relied on age-old techniques, have not been adequately educated about the changing conditions, or the methods for the betterment of their crop. “God built these lands, so water must come from [them], too,” says Noor Mohammad, a farmer based in Lethipora.

Mohammad’s skepticism toward the borewell project is a common one: Many farmers believe in the religious sanctity of their lands, seeing the newer technologies as an unwelcome force. “This land is sacred,” he says. “These pipes are an intrusion to the divine.”

*What government has done?*
In order to preserve the saffron government of India had sanctioned a mission called National Mission on Saffron in 2010, at first the GOI sanctioned crores rupees to increase the cultivation of saffron in the whole.

The fact about the cultivation of saffron crop increase has to take a new turn with this imitative, but there are many aspects and more is yet to be done to prevent this important crop from extinction on this land.