hey (parties who attended the meet) will apprise them (President Ram Nath Kovind and Prime Minister Narendra Modi) of the consequences bound to follow if this continues. Representatives of parties stand united in their struggle to safeguard the special status of the state. I appeal to the people to maintain peace and also request India and Pakistan to not take any step which will bring tensions in the state, Farooq Abdullah said.

After the all-party meet, National Conference president Farooq Abdullah said, “Representative had a meet at my residence on the prevailing political condition and the deployment of security forces. Amarnath Yatra was never stopped in the past.”

DM Orders Dealers to Not Sell Petrol, Diesel in Anantnag without Permission | Stating the panic caused by the public during the past few days, the District Magistrate, Anantnag, ordered all petrol dealers of the district to not conduct any sale of Petrol or Diesel without seeking permission from the DM or the officer authorised in the behalf.

As tensions prevailed in the state, here is an image of the deserted Dal Lake.

President of J&K Peoples Movement Shah Faesal says there is no need to pay heed to rumours.

I am outside Civil Secretariat and as of now the State Flag is flying with all its glory besides the Tricolor.

Buses laden with sleeping bags and other stock have reached police stations in Kashmir.

Anti-corruption Bureau had issued a letter to PDP leader Mehbooba Mufti asking her to clarify whether appointments were made by Chairman J&K Bank on references of the recommendation of few ministers. Saying that such tactics won’t work, Mufti tweeted, “Concerted efforts are being made to browbeat mainstream leaders & thwart potential efforts for a collective response. I am too small an entity vis a vis the cause that unites us today.” 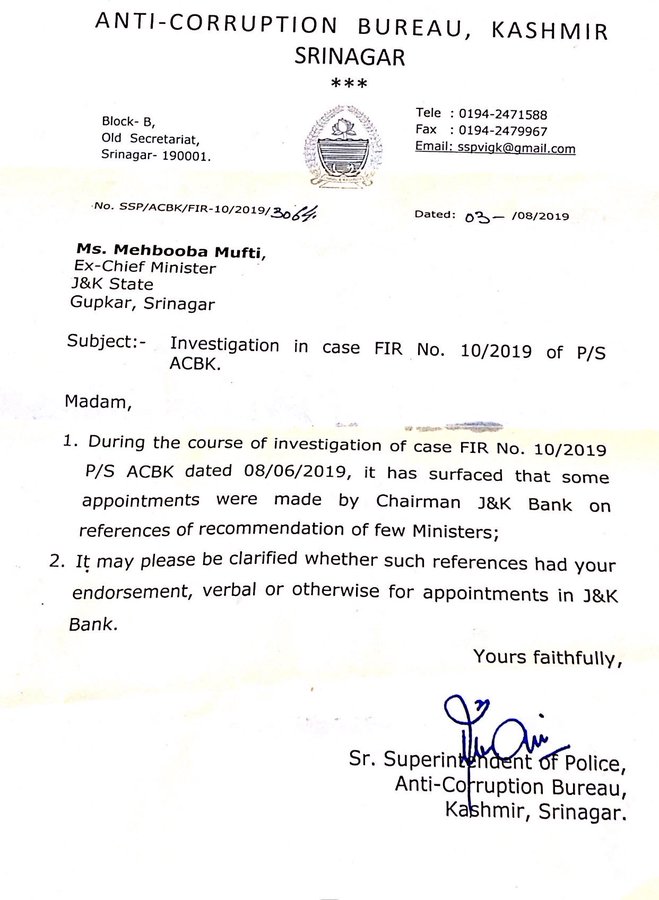 “President Trump offered to mediate on Kashmir. This is the time to do so as the situation deteriorates there and along the LoC with new aggressive actions being taken by Indian occupation forces. This has the potential to blow up into a regional crisis,” PM Imran Khan said.

Srinagar Mayor Junaid Azim Mattu says an all party meeting is the need of the hour.

The @JKPC_ believes an All Party Meeting is the need of the hour right now. However, Art 35A and Art 370 are primarily mainstream concepts and constructs. Inviting separatists to the meeting will do more harm than good. Their politics is different as are their priorities. 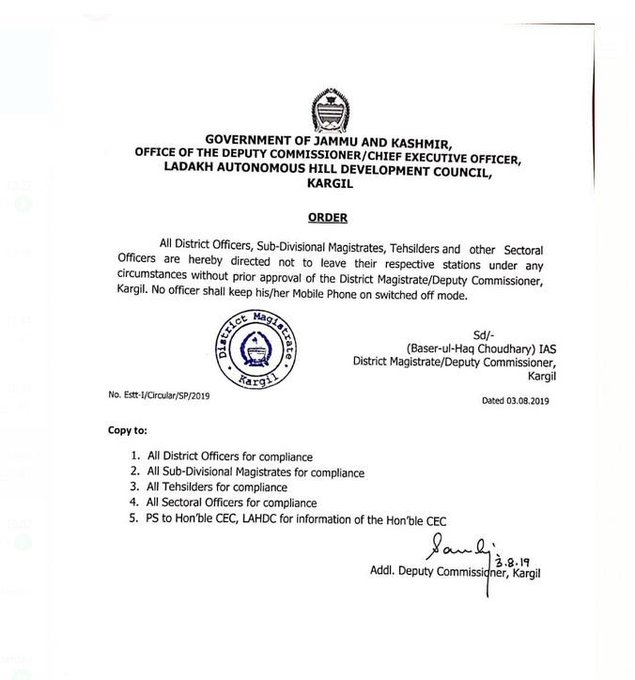 Amid rumours, students of Islamic University of Science and Technology (IUST) Awantipora Sunday evacuated their hostels and left for their homes.

PDP Rajya Sabha MP Nazir Ahmad Laway has given a zero hour notice in Rajya Sabha for tomorrow over ‘deployment of additional troops in Jammu & Kashmir.’

Sectrary general of Kalhana society Satish Mahaldar said that it was important to assure the minority communities living in Kashmir in view of the prevailing tense situation in the valley.

“The government of Jammu and Kashmir is taking specific measures in the valley to secure the place but the security of the minorities still is a matter of concern,” he said.

3:16 pm: Airlines agreed to put cap on airfare to and from Srinagar, says Aviation ministry

Ministry of Civil Aviation said in a statement, “Heeding to the advice of Minister Hardeep Puri, airlines have agreed to take steps to put cap on airfare to and from Srinagar. Air India has reduced fares to Rs 6,715 for Srinagar to Delhi flights and Rs 6,899 Delhi to Srinagar till August 15.

“We had made an effort to tell the people of this country and the government about what could be the consequence if they toy with Article 35A and Article 370. We made an appeal too but no assurance has been given yet from the Centre. They are not bothered to say that everything will be alright,” says Mehbooba Mufti.

READ:  Jammu Kashmir में औसत से अधिक Corona Vaccination, 4 जिलों में 100% लोगों का टीकाकरण
“They did whatever they had to, with separatists. Now they’re using tactics against mainstream political parties. When they got hint of an all party meet,Farooq sa’ab was taken to Chandigarh.They’re using corruption as tool against political parties,workers being harassed,” she further said.
All-party Meet at 6pm Today | An all-party meeting, which will include the National Conference, PDP and others, will be held at 6pm today at former Jammu and Kashmir chief minister Mehbooba Mufti’s residence.

YouTuber Bhuvan Bam breaks down after losing parents to COVID-19

Pulitzer prize 2021 in journalism: Here is the full list of winners

Why was Indira Gandhi’s election cancelled 46 years ago by Allahabad High Court?

Why #BoycottKareenaKhan is trending; what’s the matter