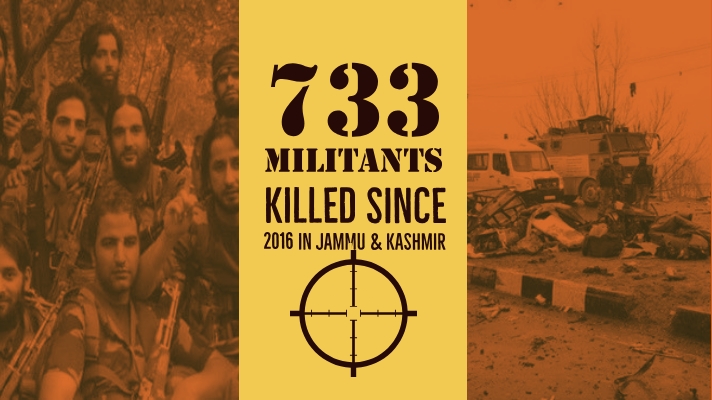 The minister informed the House that this year alone, 113 militants have been killed in Jammu and Kashmir from 1st January 2019 till June today.

Besides the 113 militants, 18 civilians were also killed in the state.

According to the government, the year 2018 saw the most number of killings in Jammu and Kashmir as security forces killed 257 militants. This was followed by killing of 213 militants in 2017 and 150 in 2016.

On February 14, 40 CRPF personnel were killed when an IED-laden SUV rammed into a CRPF bus near Pulwama. This was the deadliest attack in J&K in the past decade.

“The government has adopted a policy of zero tolerance towards militancy. Security forces are taking effective and continuous action in countering militancy. This has resulted in corresponding change in the number of such incidents, including casualties,” G Kishan Reddy told the Lok Sabha.

He said, “Security forces are also keeping a close watch on persons who attempt to provide support to militants and initiate action against them.