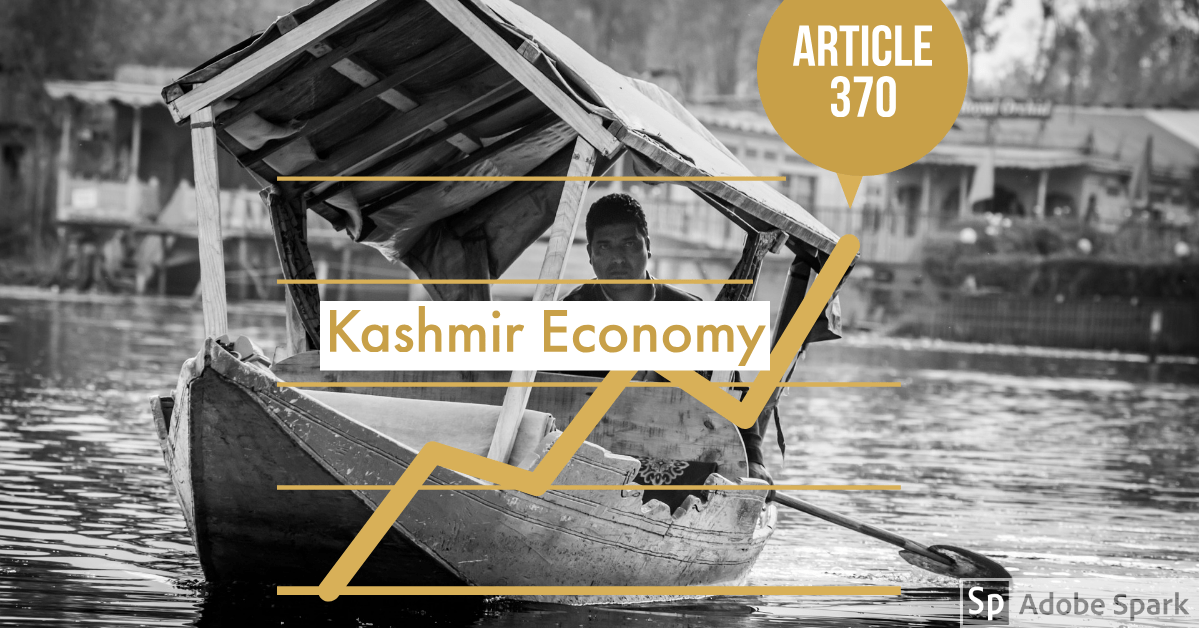 Kashmir’s economy has lost Rs 10,000 crore since August 5 after BJP led central government abrogated article 370 and 35Abesides divided the State of Jammu and Kashmir into two union Territories (UT) one is Ladkah and Jammu and Kashmir, Kashmir Chamber of Commerce and industry (KCCI) release latest data.

According to a data from the Kashmir Chamber of Commerce and Industry, Kashmir’s economy has lost Rs 10,000 crore since August 5, looking for a place to rent in Gurgaon or Chandigarh, owners of IT companies emerging in the Valley and dependent on the Internet. Have been and 50-60 thousand jobs have gone into the alone industry.

The head of the chamber and associated with the carpet industry, Sheikh Ashiq, says, “July-August and September are the times when we get export orders so that we can supply until Christmas or New Year. Due to the closed internet and mobile phones, we are looking for our importers and Can’t contact the artisans. “

Hinting that that the ongoing communication blockade will continue till the situation witnesses some betterment, Gupta said that the BJP is aware of the hardships people face due to absence of internet and mobile telephony but the gag is very much in peoples’ interest.

He added that the party will take up the issue of communication gag in Valley with the union government and urge it to establish more helpline services so that people could contact with their dear ones.

The economy of Kashmir depends on tourism, horticulture and small industries such as carpet or bat making.

According to a statistic, after August 05 about three to four lakh people working in Kashmir from Bihar or other states got outeffect due to the current situation.

Due to their escape, there has been a huge reduction in the valley of those who work like cutting hair, carpentry, painting, electrician, packing, beauty parlor, packing.

According to a government official, it was extremely difficult to convince and evacuate national and international tourists, arrange tickets for them and their team remained on duty for 24 hours for the next one week. Even the army had to enlist the help of the tourists to go back to the mountain.

All shops, business establishments, fuel refilling stations, schools are shut as Kashmir Valley is on edge since 5 August 2019.

Communication blockage persisted for the consecutive 54th day across the valley, reports of shutdown also purred from other parts of Kashmir valley even mainstream parties like national conference and people Democratic Party with former chief minister Omar Abdullah and Mehbooba Mufti under detention.

However Ministry of Home affairs in a statement said that the situation in Kashmir valleyis returning to normalcy with easy of restrictions.