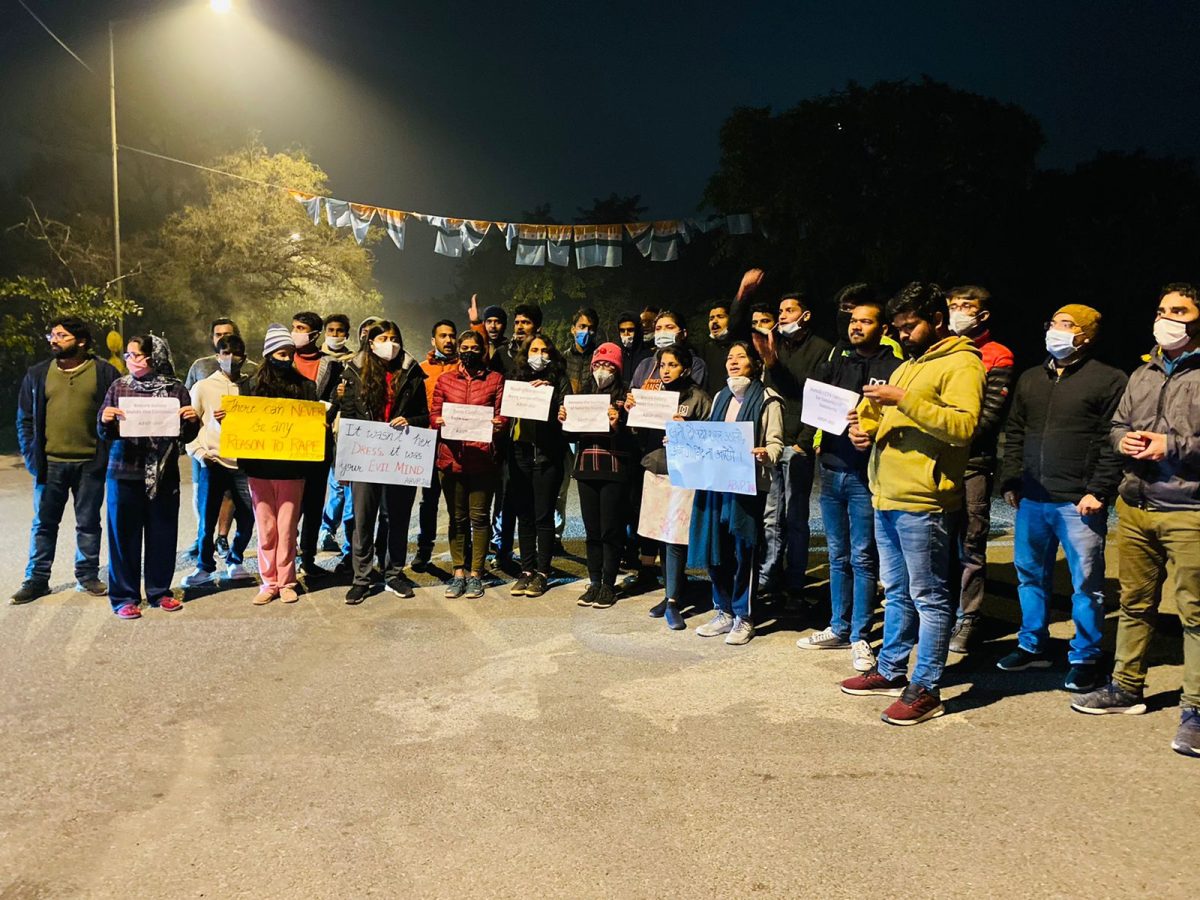 Ground Report | New Delhi: JNU student molestation case; A PhD student of Jawaharlal Nehru University was allegedly dragged, forcibly naked and molested by an unidentified assailant late on Monday evening. According to the information, the incident took place at around 11.45 pm on Monday night when a person came on a bike inside the campus from the East Gate. He allegedly tried to molest the girl, who is a PhD student living on the campus.

The police barricaded the road leading to the police station and stopped the protesters on the way. The students said the police’s attitude was “loose” and reiterated that it was not a case of molestation, as Delhi Police said it was an “attempt to rape”.

The case was registered under IPC 354A (sexual assault), 354B (assault on women, undressing of women), 323 (voluntarily causing hurt), 341 (wrongful restraint), and 379 (theft). Madhurima, a university student and member of AISA, said, “Our march was stopped at the Westabad gate of JNU.

Delhi Police tweeted about the incident along with the sections under which the FIR has been registered.” Sarika Choudhary, Ph.D. student, and former JNUSU vice-president, confirmed that JNUSU gave them 40 hours to arrest the culprit. given time.

The All India Students’ Union in a statement said, “the statement issued by the DCP is extremely casual in nature and does not show any seriousness towards gender-related offences. It reflects the complete disregard and handling of gender-related crimes by the JNU administration and Delhi Police.”