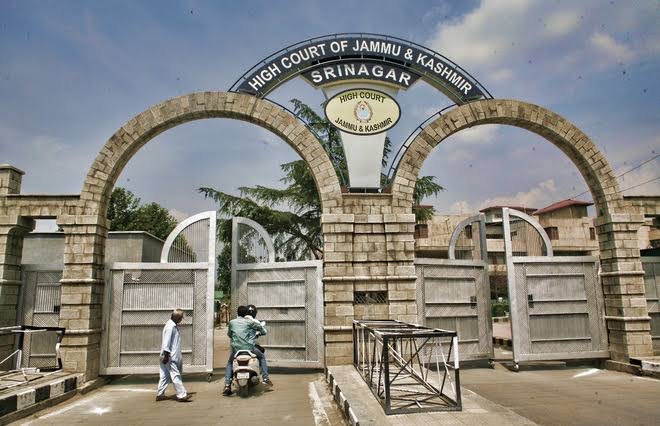 To this end, the order passed by a Bench of Chief Justice Gita Mittal and Justice Rashid Ali Dar states,

“The respondents shall ensure that legal assistance is made available to all the detenus. In this regard, if necessary, assistance of the Member, Secretary, Jammu and Kashmir State Legal Service Authority may be taken by the respondents for ensuring legal aid which could be arranged through video conferencing as well.”

The order was passed in a PIL challenging the constitutionality of Sections 8, 10 and 16 of the Jammu and Kashmir Public Safety Act. These provisions concern powers granted to the State to detain persons citing public safety grounds and the procedure followed in detaining such persons.

The challenge to these provisions was coupled with the contention that Article 22 of the Constitution of India had not been given effect to in the State of Jammu and Kashmir. Article 22 guarantees the right against arbitrary arrest and detention (i.e. without being informed about the grounds for such detention). Further, it grants those being detained the right to consult and be defended by a legal practitioner of their choice.

Appearing for the State, Advocate General DC Raina argued that the plea was without merit, that the challenged provisions were constitutional and further that the plea would not be maintainable in view of the J&K Reorganization Act, 2019. In response, Senior Advocate ST Hussain, appearing for the petitioner, sought for an adjournment in the matter so that he may examine the J&K Reorganisation Act.

In the meanwhile, the Court makes it clear that the State should ensure that legal assistance is made available to those detained under the challenged law, after noting the petitioner’s grievance that detenues with a poor economic background may not have the means to access legal aid.

“We find that one of the grievances made by the writ petitioner …  is that there may be no access to legal aid for the detenus who are poor people without financial means under the recent orders of detention in the State.”

The matter will be taken up next on November 6.