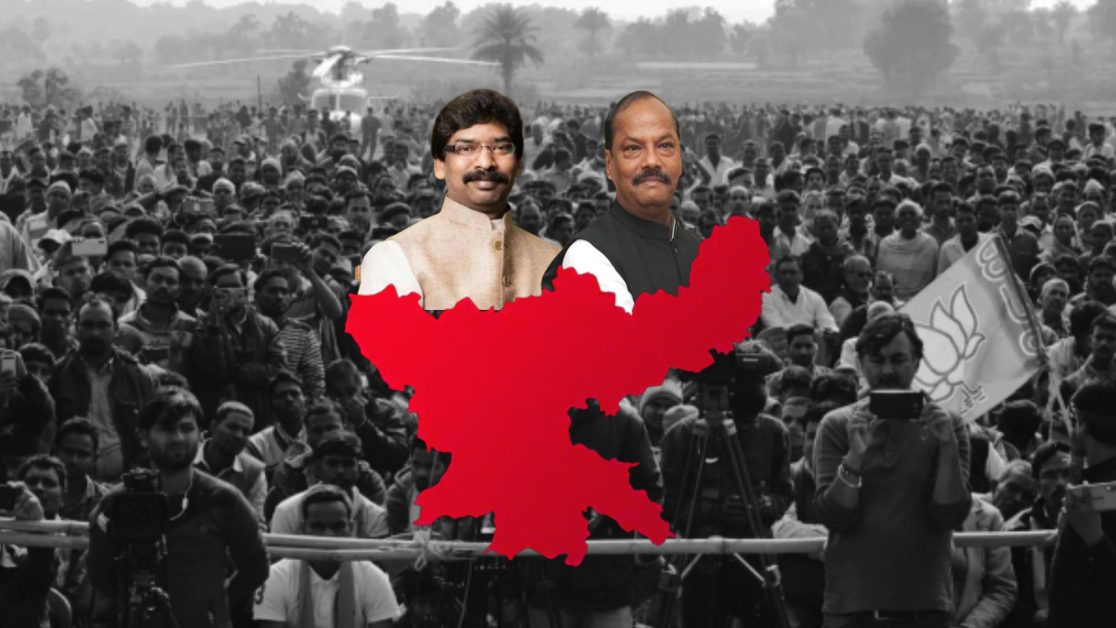 In Jharkhand, the Maharashtra formula is on the line as anti-BJP alliance takes on the ruling party

“He (Raghubar Das) is an outsider and has been parachuted as the chief minister of Jharkhand,” Says Mantu Mahato, who runs a hotel adjacent to a highway between Ranchi and Jamshedpur. With a lot of hope and aspirations in his eyes, Mahato enthusiastically remarks, “Guruji (Soren) will be back in power again.” These statements could be a reward of a successful campaign driven by the Jharkhand Mukti Morcha (JMM) and its allies on several local issues as the state votes to choose the next government.

Once dejected by a spree of defections by key leaders and sitting MLAs, including party Whip Kunal Sarangi, the JMM sprang with new energy by forging a pre-poll alliance with the Congress and Lalu Yadav’s Rashtriya Janata Dal (RJD). With Hemant Soren as the face of the electoral campaign, 43 seats were allotted to the JMM, 31 to the Congress and 7 seats to the RJD in the 81 member assembly. Banking on the success of an anti-BJp alliance in Maharashtra, the JMM hopes to see similar magic in Jharkhand.

While the JMM is reliant on new leadership, the BJP has designed its campaign centered around Prime Minister Narendra Modi and Raghubar Das, who is on the ballot for the CM post. The party has continued its Modi centric campaign which has been a successful gamble in several states owing to his popularity and a clean image. During his campaign rallies, the prime minister in his trademark style maintained the debate around nationalistic issues, while digressing from local problems. Invoking the recently cleared Citizenship Amendment Act and the party’s plans for a nationwide push to the National Register for Citizens (NRC), Modi dared the opposition from Jharkhand.

The JMM, however, has stayed away from the nationalistic fervour and talked about Jal, Jangal, Jamin (water, forest, land), reservation in employment for youth and women in government jobs among others. On the lines of the Aam Adami Party in Delhi, they also promise to work on the school education system in the state which has been “shut” in the BJP rule.

Both the alliance and the ruling parties have tried to woo tribals, who form 26.3 percent of the population and a significant vote bank. While the gathbandan promises the tribal population on the lines of equity and pride along with 28 percent reservation for STs in its manifesto, the BJP finds itself in a tough spot trying to convince them post amendments made in the Chota Nagpur Tenancy Act (Know as CNT Act), allowing the use of Tribal land for industrial purposes. The JMM had openly opposed the move calling the BJP anti-tribal.

While the BJP hopes to continue the run at the top, after completing the first full-term government in the state, the alliance will hope to pull off a spectacle and give the state a tribal chief minister. The stakes are high, and December 23 will define the future of the state.