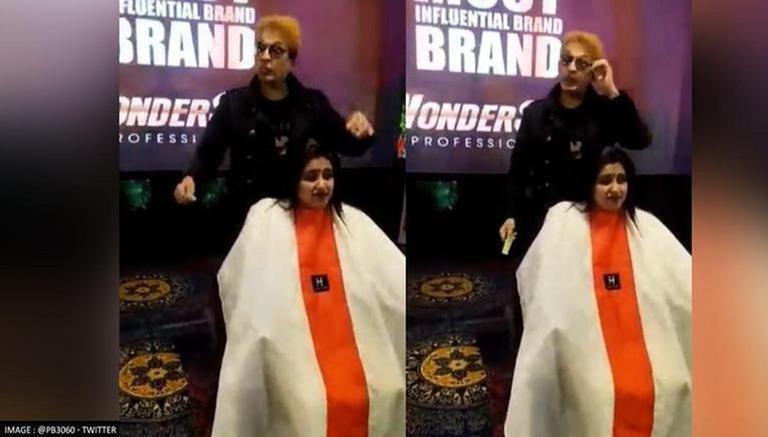 Ground Report | New Delhi: Jawed Habib controversy; Hairstylist Jawed Habib has been booked for allegedly spitting on a woman’s hair. Khatauli CO Rakesh Kumar in Muzaffarnagar said that a case has been registered against Jawed Habib under sections 355 (disrespect), 504 (insult), and relevant sections of the Epidemic Act.

According to news agency ANI, SP City of Muzaffarnagar Arpit Vijayvargiya has said that the local police are investigating the matter and necessary steps will be taken in this regard. (Jawed Habib controversy)

A video is going viral on social media in which Jawed Habib is seen cutting the hair of a woman. In this video, he is allegedly spitting on the woman’s head while cutting her hair. At the same time, it is being said that if there is a shortage of water, then such hair can be cut.

This incident happened during an event organized in Muzaffarnagar in which Jawed Habib was giving hairstyling tips. Jawed Habib is getting a lot of criticism on social media for spitting in the hair of a woman. Now he has apologized for this.

In a video posted on his Instagram account, Jawed Habibi said, “Some people have been hurt by some of the things that happened in my seminar. I would like to say only one thing that the seminars we have are professional and long shows. We have to make fun of these long shows. But what shall I say? I speak only one thing, I speak from my heart, if you are really hurt, sad, sorry, sorry, I apologize from my heart.