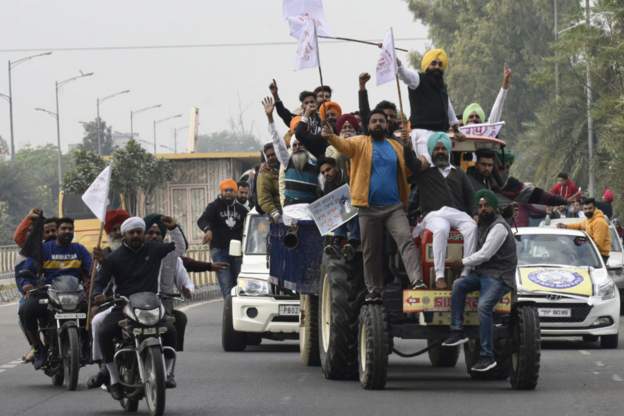 Union minister Prakash Javadekar has said that this shows his hypocrisy when Delhi Chief Minister Arvind Kejriwal is fasting for a day in support of farmer agitators.

He tweeted, “Arvind Kejriwal ji, this is your hypocrisy. You had promised in the Punjab assembly elections that the APMC law will be amended if you win. You also notified the agricultural laws in Delhi in November 2020 and today you are pretending to fast. This is nothing but hypocrisy. “

At the same time, Arvind Kejriwal has tweeted and appealed to the people to fast.

Along with the protesting farmers against the agricultural laws of the Center, Delhi Chief Minister Kejriwal is fasting in support of them. His decision was called a drama by Captain Amarinder Singh, in response to which Kejriwal tweeted this.

He wrote in the tweet, “Captain, I stand with the farmers from the beginning. Did not allow Delhi’s stadium jail to be built, fought from the center. I am serving the farmers by serving them, have you set up the center to get your son’s ED case forgiven, sold the farmers’ movement? Why? “

After this, Arvind Kejriwal appealed to the people to fast in support of the farmers.

The agitation of farmers against the agricultural law of the Modi government continues on the 19th day. On Sunday, hundreds of farmers from other states including Rajasthan, Haryana, Punjab, Maharashtra and Gujarat performed on the Delhi-Jaipur highway.

The protesting farmers blocked the road to Delhi but the Haryana Police stopped them on the border with Rajasthan. This march was led by Medha Patkar of the Narmada Bachao Andolan of the United Front of the Farmers Unions, including Yogendra Yadav of Swaraj India. Right now the Delhi-Jaipur highway is closed.

Farmers continue to picket all the roads coming from Haryana to Delhi. Farmers are demanding cancellation of three new laws related to farming. They say that these laws are against the farmers and corporate props. Today the farmers have also fasted as a protest.

On Sunday, on behalf of the Modi government, it was said that some farmer organizations, together with Agriculture Minister Narendra Tomar, have supported the new agricultural law. The unions of agitating farmers have said that the organizations supporting them have nothing to do with them.

Gurnam Singh of Bharatiya Kisan Union said that the supporting organizations are playing in the hands of the government and such efforts are to weaken the movement. He said that the movement is against the agricultural law and the movement will not end without canceling the law.