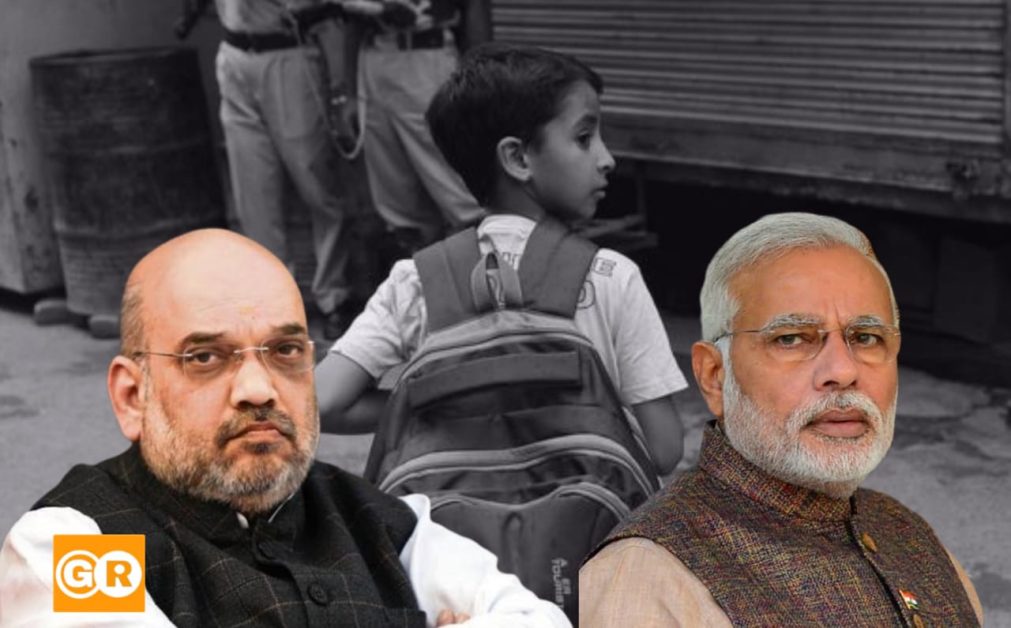 At a time when Kashmir is in lockdown, communication blockade is in effect and the spirit is at an all-time low the State Board of School Education (BOSE) has decided to go ahead with the annual examination for class 10th and 12th on scheduled time.

Groundreport.in visited several localities in Srinagar city and talked to students about their preparedness for the forthcoming examinations.

Most of the students expressed their unwillingness about the examinations citing several reasons including the incomplete syllabus in classrooms.

Students of class 12th said that they haven’t even completed even 40 per cent of syllabus, adding they face mental stress and trauma due to the current situation. “We feel like disinterested in studies when the surroundings are gripped with fear. Is this a conducive atmosphere around to concentrate on studies?” asked Mahreen, a 12th class student from Soura.

Mahreen lives in Anchar area of Soura, the area which witnessed frequent clashes after the abrogation of Article 370 and 35A. She alleged that the forces have broken all the window panes of their house during the raid and she is afraid of studying late in the night. “I feel like choked,” she said.

Parents are equally concerned about the safety of their wards as the state government has asked to reopen schools till class 10th. The prevailing situation is not feasible for their wards to study till late nights. “You can study when there is peace,” they have reportedly told their kids. “Jaan hai tu jaahan hai,” said one of the parents.

Another student Tanveer Ali Bhat, who studies in class 10th, asked on what grounds the government claims that the situation is better for coming examinations. He added that in 2014 flood only 5 per cent of the schools were damaged but the government postponed all the exams why isn’t it looking at the current situation similarly. “We are not able to control our emotions what they have done with us, we live in our motherland, how is it possible that I can prepare myself for the exam,” he said.

“Many students were confined to their homes due to the situation in last one and half month. They need time to cover the whole syllabus and come out from this situation. If they don’t, they may fall behind in percentages which will impact their eligibility for appearing in various competitive exams. This way, the careers of students will take a hit in the long run,” Danish, a Class 12 student said.

On the other hand, the continuous blockade has affected students badly in Kashmir, who are unable to apply for various exams due to the communication blockade. Though Government said that District administration has set up a counter at Tourist reception centre Srinagar (TRC), just one computer operator is submitting the exam form.

Classwork remained suspended in schools since August 5 as authorities closed all the educational institutions as a precautionary measure. Students from Srinagar, Kulgam, Anantnag, Pulwama and Shopian stayed away from their schools. Similar reports from Kupwara, Baramulla, Ganderbal, Bandipora, Sopore, Kupwara and Budgam.

Communication blockage persisted for the consecutive 41st day across the valley, reports of the shutdown also purred from other parts of Kashmir valley even mainstream parties like national conference and people Democratic Party with former chief minister Omar Abdullah and Mehbooba Mufti under detention. Many other political leaders and businessmen, lawyers, activists and others have also been confined to centaur hotel in Dal Lake.

However, Ministry of Home Affairs in a statement said that the situation in Kashmir valley is returning to normalcy with easing up of restrictions. DGP also admitted that 184 law and order incidents were reported from different parts of Kashmir valley through which heavy violence was only reported in six cases after Union government scrapped article 370 and article 35A besides divided the State of Jammu and Kashmir into two unions Territories (UT) one is Ladkah and Jammu and Kashmir.

On Thursday Government spokesman Rohit Kansal said tremendous provocation from Pakistan the border responsible for the continuing mobile and internet blackout in Kashmir valley. He added any decision in so far as restoring mobile survive and internet connectivity must factor in that provocation, the consistent effort by the government was to remove restrictions from across the Valley.

The Valley has been on the edge since August 5, when the BJP led government modified Article 370 to strip the special status provided to the state and carve two union territories.