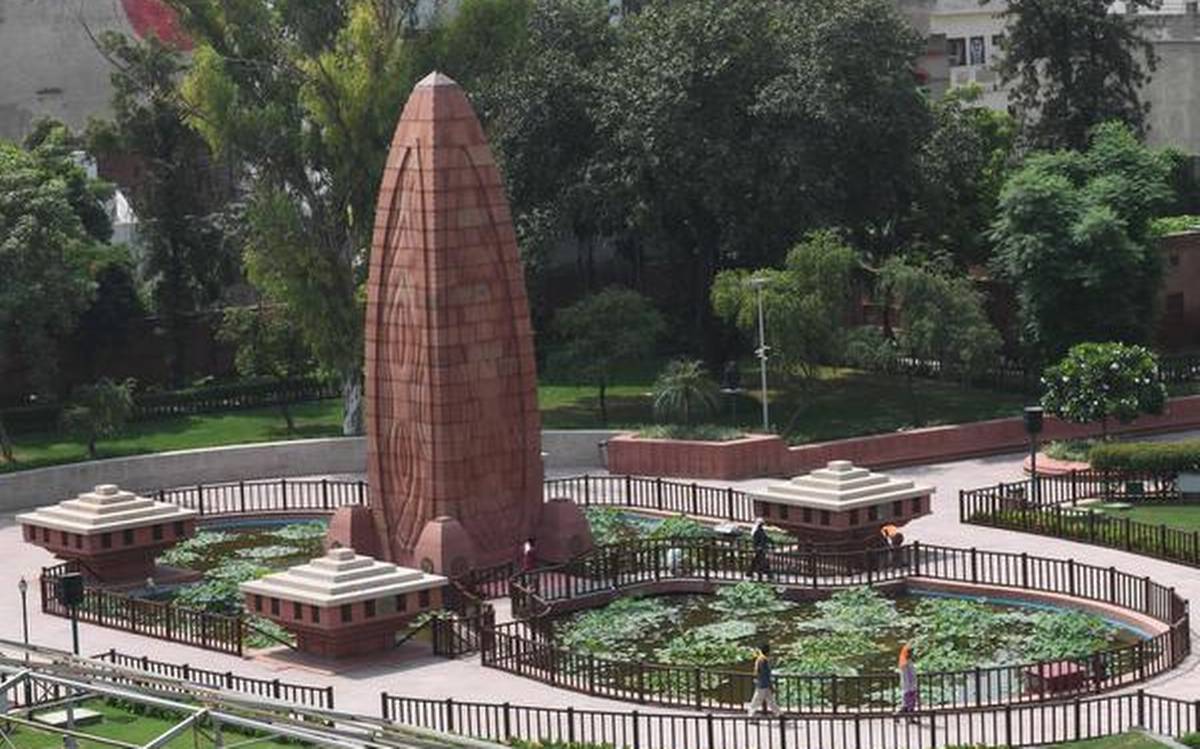 Ground Report | New Delhi: Jallianwala Bagh Renovation; Prime Minister Narendra Modi on Saturday inaugurated the renovated Jallianwala Bagh complex in Amritsar, which has now been renovated and presented as a ‘Memorial Park’. The inauguration of a new shiny and polished version of one of the oldest and most gruesome landmarks in India’s independence history has faced much criticism from the public and opposition. Meanwhile, the government and its supporters are strongly defending and praising the facelift efforts.

Modi, who is also the chairman of the Jallianwala Bagh Memorial Trust, dedicated the memorial to the public in the presence of Union Culture Minister G Kishan Reddy, Punjab Chief Minister Captain Amarinder Singh, Governor VP Singh Badnore, and other members of the trust, including several MPs.

British Brigadier General R.E.H. Dyer, out of vengeance, surrounded the area with troops, blocked the narrow exit, and fired over 1,650 rounds. This brutal open fire took the lives of over a thousand men, women, and young children and leftover 200 seriously injured.

The Jallianwala Bagh massacre was an important moment in India’s pre-independence movement. The day began with Indian nationalists – who supported an independent, democratic India – gathered at the site to peacefully oppose British martial law.

It was also the Sikh harvest festival of Baisakhi and some people were celebrating at the site. Punjab is home to the largest Sikh population in India. Without warning, Dyer entered the now-renovated route, the only entry or exit point at Jallianwala Bagh, and ordered his soldiers to open fire on the crowd.

The 28-minute sound and light show reenacted the events of April 13, 1919, which were shown free of charge every evening. A Salvation Ground has been built for the visitors to sit in silence in honor of the martyrs.

Several new statues of martyrs have emerged on the high walls of the narrow lane, allowing visitors to enter the complex. These represent ordinary Punjabis from different walks of life, who went to the park on that fateful day but never returned.

As the Punjab Assembly elections in 2022 are approaching, the politics of nationalism has once again entered the centre. Punjab Chief Minister Amarinder Singh last week inaugurated the Jallianwala Bagh Centenary Memorial Park dedicated to unknown martyrs. He said the memorial at the original site only reminds the martyrs who were identified.

The second memorial is built in Amrit Anand Park on 1.5 acres about 3 km from the original site.

Punjab Chief Minister Amarinder Singh on Wednesday appeared to support the restoration of Jallianwala Bagh, for which the Center is facing criticism from the opposition, historians and civil society.

Many have said that the renovations – including the laser show, the entry of the Stark Corridor with a bas relief replacing them – have only trivialized the sacrifices of over a thousand men and women and that the work should have been stopped at the outset.

“I don’t know what has been removed. I love it,” Mr Singh told reporters, taking a completely different stance from Rahul Gandhi, who called it an “insult to the martyrs of Jallianwala Bagh”.