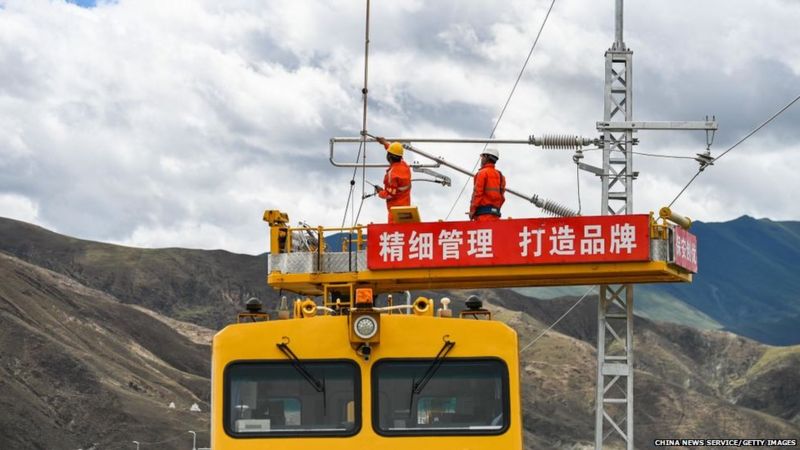 Chinese President Xi Jinping recently asked his officials to complete the Sichuan-Tibet railway project as soon as possible. He called for the completion of the Yan Linji railway line of the project.

The Yan Linzhi Railway will connect the Chinese province of Sichuan with the Lanzhi region of Tibet, which is very close to the Indian border with Arunachal Pradesh.

Xi Jinping says the railway is important for stability in the border areas. The entire project cost 47 47.8 billion, according to Chinese state media Global Times.

The line will take 13 hours to travel to Chengdu, the capital of Sichuan, Tibet, which is now 48 hours.

Is this a problem for India?

Lanjhi area is near Arunachal Pradesh. China considers Arunachal Pradesh part of southern Tibet, which India rejects. Alka Acharya, a professor of Chinese affairs at Delhi’s Jawaharlal Nehru University (JNU), says this is nothing new that India did not know before.

“The border between the two countries is not demarcated and both countries are working on infrastructure to strengthen themselves,” he said. Therefore, it has also increased tensions.

“India already knows all this and it can be said that in response, India is also working on its infrastructure along the border. It has intensified in the last seven to eight years. But China’s infrastructure is much better and more expensive than India’s.

Why should India worry about this railway project?

Experts say that the Brahmaputra River is one of the major sources of Indian water in the region. There have been reports that China wants to divert this water.

He also said that after the completion of this project, the movement of Chinese troops in the area will also increase. Where it used to take 36 hours for the Chinese army to arrive, it can now be reached in nine to ten hours, meaning faster deployment. It will also be easier to bring Chinese tanks and missiles to the Indian border immediately.

India has also stepped up its stalled infrastructure work in the border areas in the last few years.

“A 255 km long strategic road is being constructed from Darbuk in Ladakh to Daulat Beg Oldi, to which China has reacted and since then there has been tension between the two and no solution has been found,”.

Daulat Beg Old Road is a strategic road in view of India’s security. It runs parallel to the LAC, which connects the Indian Army to the Tibet Xinjiang Highway.

However, Professor Deepak says that India’s projects on the border are much smaller than China’s.

“India’s border plans will not be more than 60 or 70 and they are running late,” he said, as per BBC Urdu. There are some projects that have not even been surveyed.

“These projects include two or three railway line projects. The survey was to be completed by 2020 but has not yet been completed.