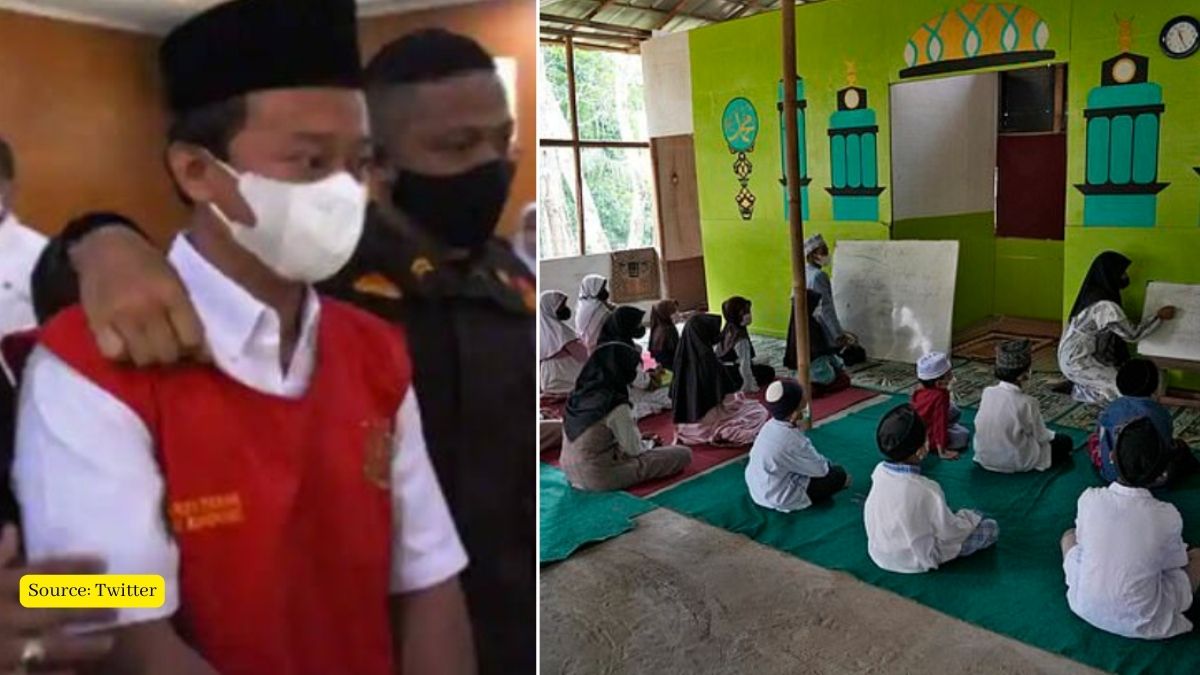 The Teacher of an Indonesian madrassa has been sentenced to death for raping 13 girls students over a six-year period, at least eight of whom became pregnant.

Indonesia’s High Bonding Court confirmed the death sentence of 36-year-old Harry Verawan on Monday in a ruling posted on the court’s website. “Consequently, (we) sentence the defender to death,” the ruling said.

The teacher was initially sentenced to life in prison by a city court, but the prosecution approached the higher court and appealed the death sentence.

The court also ordered Harry to pay a fine of 300 million Indonesian rupees. The teacher se*ually assaulted girls between the ages of 12 and 16 from 2016 to 2021.

According to Voice News, at least nine children were born as a result of the teacher’s rape, while some teenage girls were also injured due to his se*ual assaults.

The crimes came to light last year when one of the victims’ families filed a complaint with the police.

According to the court, Harry raped the girls in 10 places, including the school’s foundation office, a boarding school hall, a hotel and an apartment. He also tortured female students under the pretext of massaging them.

Harry later promised to marry off the girls and promised to pay the university fees and take care of any children born as a result of the rape.

According to the report, he had intimidated the victims by telling them that they should obey his teacher. His wife was known to have se*ually abused schoolgirls and she once held her husband red-handed, but she did not take action against him because she had been brainwashed.

The case has sparked outrage in Indonesia, with several officials, including the country’s child protection minister, calling for his execution.

On the other hand, the Indonesian Human Rights Commission objected, saying that execution is not an appropriate punishment.

The local prosecutor’s office said it would issue the comment only after receiving the High Court’s decision.