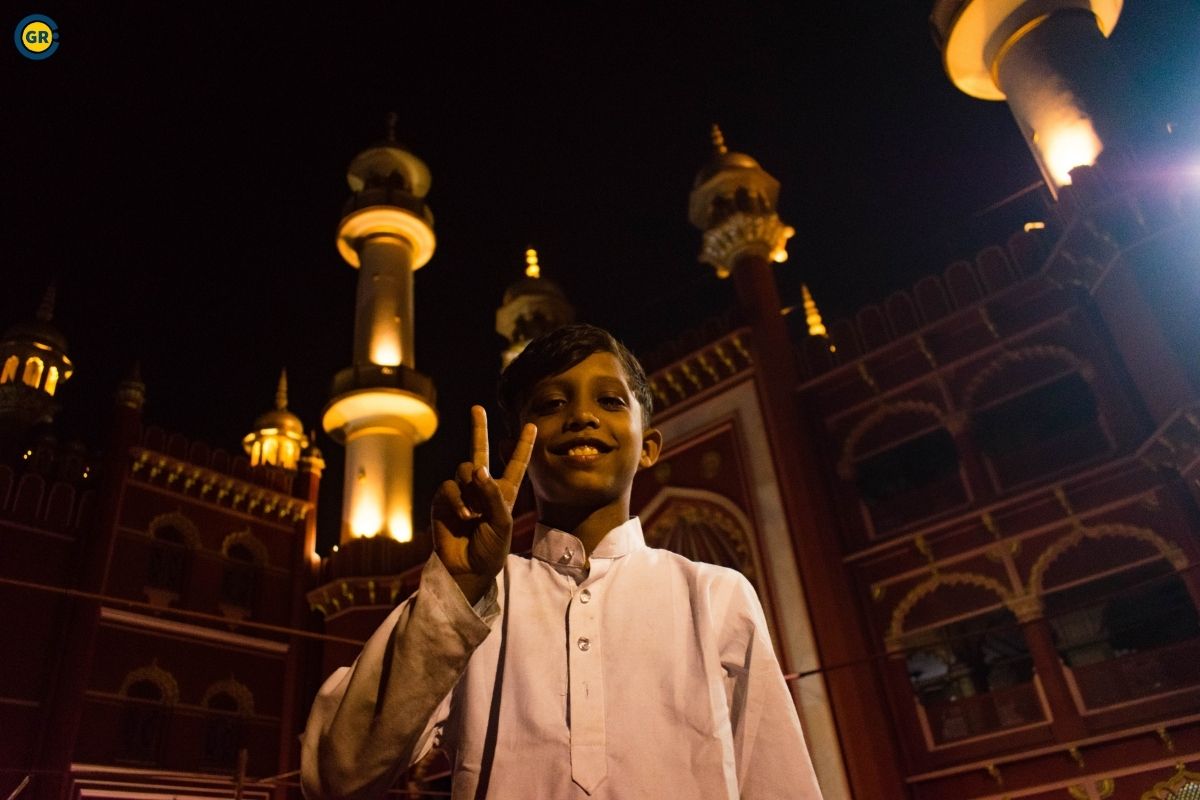 Kolkata celebrates Eid and Ramadan in grand fashion this year as the whole city gets into a festive mood. Being an Indian, you cannot keep away from festivities and especially if you are a Bengali. Nakhoda Masjid located in Rabindra Sarani is the biggest and oldest mosque in the City of Joy, accessible by Central Metro Station on one side and MG Road Metro station on the other, both stations parts of Central Avenue.

To speak about the history of the mosque, the foundation stone of the mosque was laid by Kutchi Memon Jamat in the colonial era on 11th September 1926.

The mosque’s design is based on the Mausoleum of Mughal Emperor Akbar. The 3 domes holy structure has a capacity of accommodating 10000 people offering Namaaz at a time. The main entrance to the mosque is inspired by Buland Darwaza of Fatehpur Sikri.

The head Imam of Nakhoda Masjid, Mohammed Noor Alam, in an interview wished everyone a very happy, joyful, and prosperous year ahead along with sending a message to all the people across India to be in harmony, peace, and brotherhood.

Zakaria Street is where the crowd gathers for Iftaar after offering their prayers. The whole area gets an air of celebration during Ramadan as the residents of the city and visiting tourists gather to prove unity in diversity exists. Markets get to see hawkers selling perfume, clothes, and other items. Restaurants selling Haalim and snacks during iftar are packed with food cravers who devour the delicacies offered to them.

People washing their hands and feet before entering the Praying area for offering Namaaz. Shot at Nakhoda Masjid, Kolkata during the month of Ramadan, 2022. Picture credit: Sabyasachi Bandyopadhyay | Ground Report

1 thought on “In Pictures: Eid Celebration in Kolkata 2022”