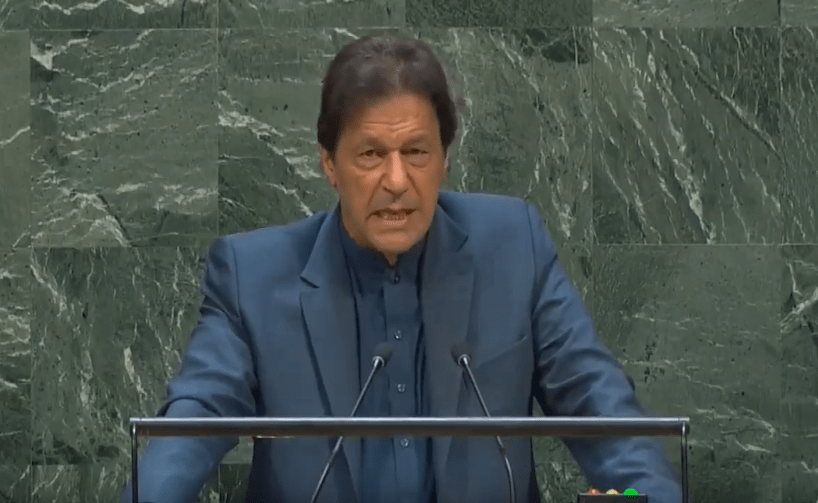 Ground Report | New Delhi: Pakistani Prime Minister Imran Khan on Sunday praised India for its “independent foreign policy” and said the neighboring country continues to buy oil from sanctions-hit Russia for the betterment of its people.

Imran Khan, while addressing the public rally in the Malakand area of Khyber Pakhtunkhwa, said: “I praise our neighbouring country as it always had an independent foreign policy. Today India is their alliance (USA) and they are part of QUAD (Quadrilateral Security Dialogue); They say they are neutral. They are importing oil from Russia despite the sanctions because their policy is for the betterment of the people.”

Imran Khan’s remarks come as he faces a crucial no-confidence motion against his government, in what is shaping up to be his toughest test since coming to power in 2018.

About 100 lawmakers from two opposition parties, the Pakistan Muslim League-Nawaz (PML-N) and the Pakistan People’s Party (PPP), filed a no-confidence motion with the National Assembly Secretariat on March 8, claiming that Pakistan’s Tehreek- Khan-led e-Insaaf (PTI) government was responsible for the country’s economic crisis and spiraling inflation.