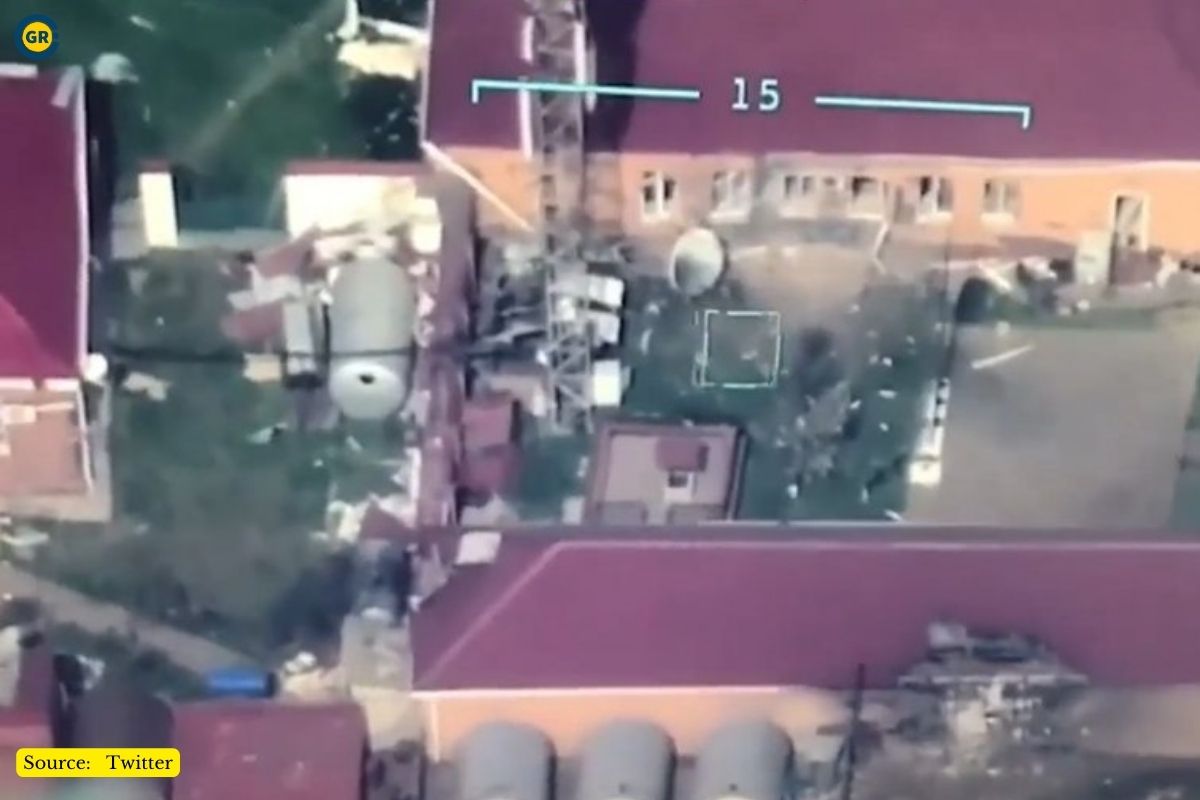 “Two Russian Raptor ships were destroyed in the early hours of today near Snake Island,” Ukraine’s Defense Ministry said in a statement distributed on social media.

The 40-acre rocky island became famous when a tiny military unit stationed on it refused to surrender to a Russian warship and told the ship to “come to its senses” on the first day of Moscow’s invasion, sparking a wave of Ukrainian patriotism.

The blows from the Ukrainians appear to have been aimed at the area between the building and the communications tower and another area that appeared to contain ammunition or other explosives. After the initial impact, a number of explosions are seen in the second area.

Snake Island and the Ukrainian border guards on it became famous after the Russian invasion began, when Russian soldiers targeted the island and Ukrainian guards refused to surrender.

In recent days, the Ukrainian military has said it has launched several airstrikes on a strategic island 22 miles off the coast of Ukraine southwest of Odesa, destroying the air defence system and other heavy weapons of the Russian military occupying it. Two boats in the area, each capable of carrying 20 Marines in addition to the three crew members, were probably carrying reinforcements and supplies.

Snake Island became a symbol of Ukrainian resistance after Ukrainian soldiers rejected the demands of the crew of a Russian warship to surrender. The Russian ship Moscow sank in the Black Sea in mid-April after Moscow said there was an explosion on board. Ukraine said it had hit the warship with missiles.

The drone strike came more than two weeks after the Ukrainian military said it had severely damaged one of Russia’s most important warships by launching a missile strike-off Ukraine’s damaged southern coast.

What caused the sinking?

The ship sank off the Ukrainian coast in the Black Sea on Thursday. The Russian Defense Ministry says a fire of unknown origin detonated ammunition stored on the ship and the resulting explosions left the Moskva with structural damage. She says the warship sank in rough seas while she was being towed to a nearby port. (sinking of Moskva Russia)

Ukraine says it hit Moskva with anti-ship cruise missiles and that these set off the fire that detonated the munitions.

The Moskva was armed with a range of anti-ship and anti-aircraft missiles, as well as torpedoes, naval guns and missile defence systems, meaning it would have had large amounts of explosives on board.