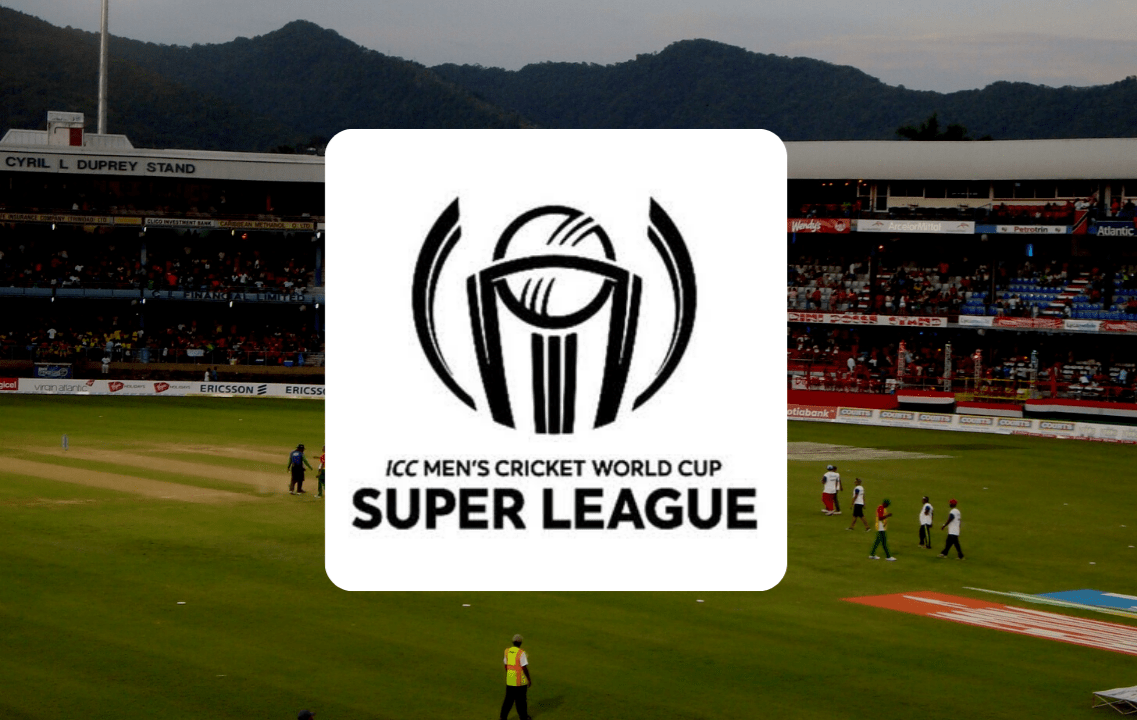 International Cricket Council (ICC) put in place a Super League to determine the qualification for the 2023 Men’s Cricket World Cup.

But, how does super league really work?

The twelve full members including one World Cricket League winner i.e. the Netherlands, in this case, will play eight out of twelve teams in a home, and away series of three ODIs each. Important to mention, the Netherlands and other associate members participated in the cycle of the World Cricket League (WCL), where the Netherlands beat Namibia to qualify for the super league. In the super league, the top seven teams qualify for the World Cup including the host nation i.e. India for the 2023 World Cup. The bottom five-play to qualifier for the remaining two spots in the Cricket World Cup.

In a way, the super league becomes a great platform for countries like Ireland, Netherlands, Zimbabwe etc. to get exposure of at least 24 ODIs matches in between two men’s cricket world cup. This definitely would up the quality of cricket at the international level, and reach more and more countries.

INDIA’s STANDING IN THE LEAGUE

To every Indian’s delight, SA vs Ind ODI series wasn’t part of this Super League. The ODI series against West Indies in February is part of the Super League. But, India automatically qualifies as they are the host of World Cup 2023.

ICC recently announced to scrap the above-mentioned super league for the 2027 world cup, for the mentioned change.

“Following the expansion of the ICC Men’s Cricket World Cup to a 14-team event in the next cycle2027, the Board accepted a recommendation from the Chief Executives’ Committee that the primary avenue for qualification for the event be based on rankings at a pre-determined cutoff date with the 10 highest-ranked teams on the Men’s ODI Rankings qualifying automatically, and the remainder being determined via a global qualifier,” said the ICC

The Men’s world cup would include 14-teams in the draw. Ten out of which would qualify through the rankings. The cut-off date would be announced by the ICC. With the remaining four places, the teams will play in a global qualifier.