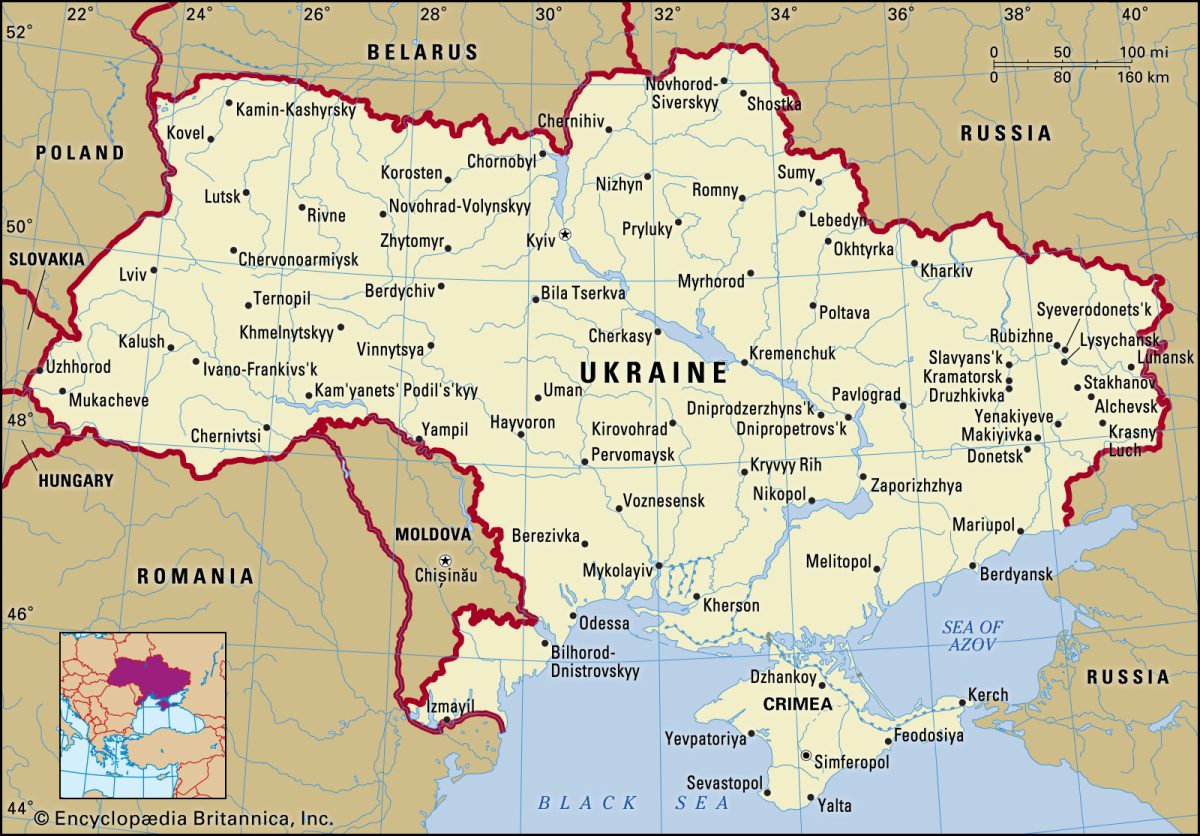 Ground Report|New Delhi: Existence of Ukraine; Ukraine is a part of Eastern Europe, the second-largest country after Russia came into existence in 1991 when the Union of  Soviet Socialist Republic(USSR) collapsed into 15 Countries.

The Soviet rule was established as the Russian Red Army conquers two-thirds of Ukraine.

A million peasants perished in man-made famine or Holodomor during Stalin’s collectivisation campaign.

Ukraine suffers terrible wartime devastation during the Hitler’s’ occupation and millions of Jews were murdered by the Na%is during their occupation.

Ukraine officially declared itself as an independent country on August 24, 1991, when the Communist Supreme Soviet of Ukraine proclaimed that they are no longer part of the USSR and only follow Ukrainian SSR and De Facto declares Ukraine independence from the Soviet Union on December 1, 1991, by Ukraine votes for independence in a referendum with 90% of Ukrainian citizen vote for independence and elected Leonid Kravchuk as the first  President.

Following independence, Ukraine declared itself neutral. It formed a military partnership with Russia, CIS Countries and also established a partnership with the North Atlantic Treaty Organization NATO on February 8, 1994, as a partnership of peace. A collaborative arrangement is open for all non-NATO European Countries and post-Soviet states.On June 10, 1994, Leonid Kravchuk became President. In Kuchma, the presidency was marked as slow growth, several economic crises, and charges of rampant corruption.Ukraine and Hungary become the fifth and sixth members of the partnership. Russia became a member in June and conducted various activities with NATO with joint military exercises, until 2014, when NATO formally suspended ties.

In 1997 NATO-Ukraine Commission was set up.So that NATO and Ukraine became the partners. Kuchma meets with NATO leaders in Madrid, where they sign a document establishing a distinctive partnership between Ukraine and the defence alliance. The NATO-Ukraine commission will meet at least twice per year to discuss the relationship.

Ukraine is ready to be a part of NATO. In 2017, the Ukraine parliament adopted legislation, which stated that the big objective for Ukraine is to be a member of NATO for Ukraine’s foreign policy.

On December 16, 2016, a meeting was held between the President of Ukraine and the NATO chief for joining NATO despite Russia’s objection. Russia is totally against it and tried to invade Ukraine.