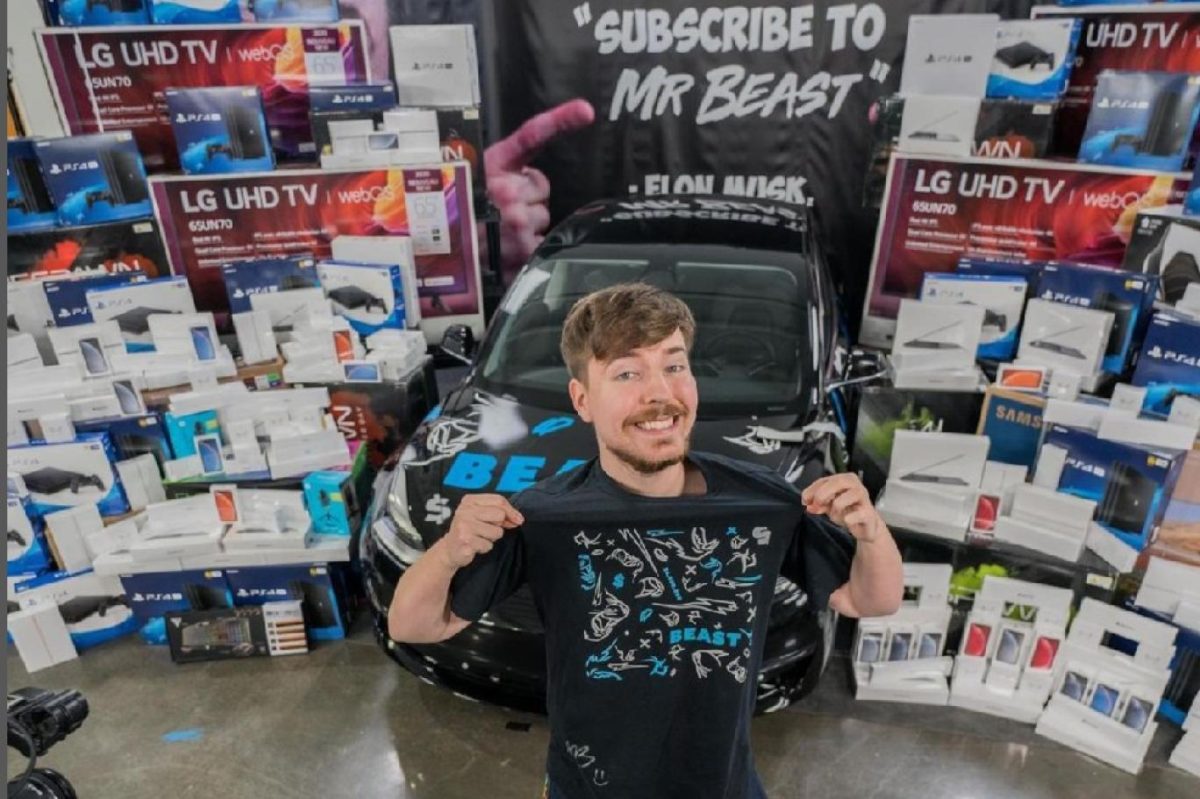 Ground Report | New Delhi: MrBeast life story; In January 2017, Jimmy Donaldson, an 18-year-old from the US state of North Carolina, sat in front of a camera and started counting to 100,000. Over the next 40 hours, he slowly began to feel tired. Leaning back in his chair, eyes closed, sometimes moving back and forth, the numbers joined together. Text labels kept popping up on the screen, saying ‘hit me’ and ‘I’m sorry about that.’

The countdown is finally over. ‘What am I doing with my life?’ Saying this, they piled on the chair. This tough count was an important step for Donaldson. He has become one of the most popular YouTube stars in the world since the video was posted under his pseudonym ‘Mr. Best’.

He launched a series of stunts, including a re-enactment of a non-lethal scene from the popular Korean series Squid Game, which has garnered over 88 million users.

On Friday, Forbes named him the 2021 highest-earning YouTuber, earning 4 54 million (9 39 million) from a growing empire of products, including advertising, sponsorships, clothing, video games, and burgers.

So how did an internet-crazy teenager, who was kicked out of the house by his parents after leaving university, become the king of YouTube?

‘I woke up, I read about youtube, I fell asleep’

Jimmy Donaldson, 23, started making YouTube videos at the age of 12. As he got older, he became obsessed with understanding the streaming site’s automated recommendation system.

He tried many things over the years, played Minecraft, played Call of Duty, made fun of YouTube dramas, made fun of other YouTubers. Until 2013, his channel was called ‘That Dude’. (MrBeast life story)

He left university in 2016 without telling his parents that he was devoting himself to understanding the mysteries of algorithms. When his mother found out, he evicted Donaldson, but he continued his efforts, trying to understand YouTube in daily meetings with a group of friends.

Donaldson told Bloomberg in 2020: ‘I would wake up, I would study YouTube, I would read videos, I would study filmmaking, I would fall asleep. That was my life. ‘ It was a count of up to a million, which ultimately explained Donaldson’s view of YouTube. They can win the hearts of their viewers with high-quality stunts that require a lot of effort and determination, like spending 24 hours in jail.