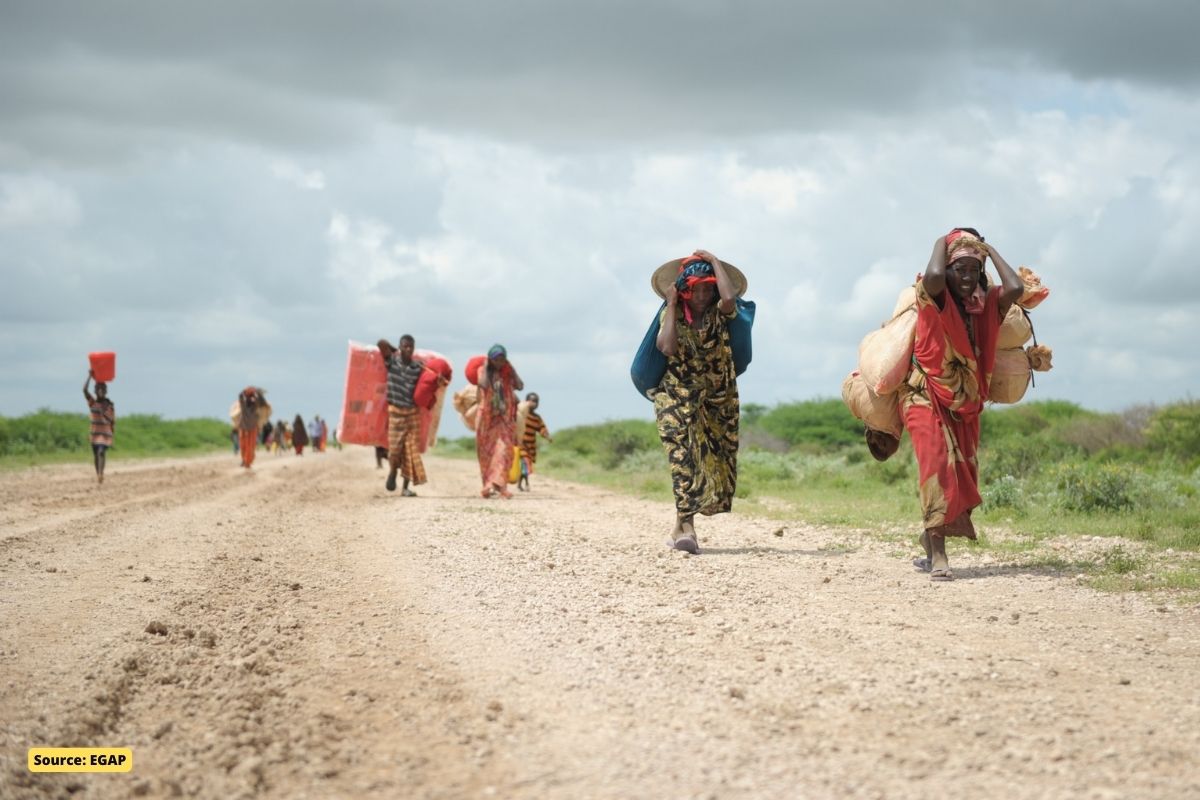 All over the world, people are experiencing the subtle and severe effects of climate change. According to reports published by the Intergovernmental Panel on Climate Change (IPCC), “an increase of 2°C would have a major impact on human health, food and safety.” However, this is a situation that we are already experiencing and that is pushing many people to experience environmental poverty, a key concept for understanding the consequences of climate change.

Although the impacts of climate change affect all countries on all continents, they do not do so equally. People who are already burdened by poverty and oppression often suffer the harshest consequences, while having the least capacity to cope. Their struggle to make a living, feed their families, and create stable homes becomes more difficult with each day that the climate crisis continues.

The increasing frequency and intensity of extreme weather events, such as hurricanes, wildfires and droughts, threaten the lives of these frontline communities, driving people from their homes and jeopardizing food sources and livelihoods. of subsistence. All of these effects increase the probability of more conflict, hunger and poverty.

In order to reach this conclusion, the authors of the report have been based on the relationship between the indices of temperatures and GDP of 165 countries between 1961 and 2010. According to Marshall Burke, co-author of the research, during that period of time global warming decreased wealth per person in the world’s poorest countries by between 17% and 30%. Agriculture in the countries has been, among others, one of the main indicators that have helped to understand these inequalities.

“Historical data clearly shows that crops and people are most efficient when the ambient temperature is not too high or too low,” Burke explained. “This means that, in cold countries, a little warming can help. However, the opposite effect can occur in countries that are already hot”, added the scientist.

This is also the reason why scientists have had difficulty measuring the effects of climate change in countries with temperate temperatures, such as Japan or Italy. For these and other similar nations, the report has revealed economic impacts of less than 10%.

However, scientists have clarified that it is a matter of time before the effects become visible in all countries of the world. “It is like a savings account in which small differences in rates will generate large differences in the balance of the account at 30 or 50 years,” explained Diffenbaugh, a professor at the Kara J. Foundation in the School of Earth, Energy. and Environmental Sciences from Stanford University.

Why does climate change contribute to poverty?

Climate change can be defined as the modification that occurs in the Earth’s climate. It is due both to natural phenomena and, to a large extent, to the action of man.

The effects are already evident and there is not a day that is not mentioned in the media about floods, melting glaciers, rising sea temperatures. The effects can be devastating if action is not taken quickly.

According to data from the United Nations, in the last 20 years, climatic disasters have affected 4.2 billion people and developing countries have suffered the greatest impact.

In addition, it should be considered that the impoverished population has fewer material and human resources to deal with the consequences of natural disasters, they have less information and technical training, and they depend on unstable governments.

Who is most affected by climate change?

The most vulnerable groups, including children, the elderly, people with pre-existing health conditions, outsiders, people of color, and low-income people, are at even greater risk due to the complex factors of climate change. But public health groups can work with local communities to help people understand the health effects of climate change and build resilience for them.

Climate variability alters the normal functioning of society, generating emergencies that have devastating effects in the short and long term. In 2016, a report by the World Bank and the Global Facility for Disaster Reduction and Recovery revealed that 26 million people are pushed directly into poverty each year due to disasters caused by these climatic changes. The UN estimates direct economic losses from disasters from 1998 to 2021 at more than three trillion dollars, with weather-related disasters accounting for 77% of the total.

People living in poverty are more vulnerable and more exposed to climatic disasters. This is due in part to the fact that they have less ability to choose where to locate their home and it tends to be of lower quality and less resistant. Additionally, the increase in food prices as a result of climate variability disproportionately affects populations with fewer resources.

Forced migration is another major climatic factor pushing people into poverty. According to another of the IPCC reports, approximately 10% of the world’s population lives in low-lying coastal areas (only 10 meters above sea level) whose habitability is constantly threatened due to rising sea levels. For example, El Salvador is expected to lose between 10% and 28% of its coastline before the end of the century.

What are major effects of climate change?

Climate change puts complex pressures on our environment as well as the economic, social and political systems on which people depend for food, security and income. Whether it’s unbearable heat waves, severe winters or severe weather events such as recent hurricanes in Puerto Rico and the Bahamas, climate change is hampering development and depriving people of basic necessities such as food and water. Endangers

Climate change threatens our air quality, depletes our water resources and limits our food supply. It disrupts livelihoods, drives families out of their homes and pushes people into poverty.

A 2015 study found that the planet has lost one-third of its arable land in the last 40 years, largely due to climate disasters and poor protection. And every year more trees and soil are lost. More than 1.3 billion people are living on poor agricultural land, which puts them at risk of crop failure, which could lead to hunger, poverty and displacement. Soil, which is essential for healthy crops and the ecosystem, is being lost 10 to 100 times faster than its formation, although recent research shows that conservation measures can help a great deal.

Meanwhile, natural disasters have become more frequent and catastrophic. In 2019, 396 incidents – higher than the annual average over the past decade – affected 95 million people globally and caused 103 billion in economic losses. It may be almost impossible for families living in poverty to overcome these losses.