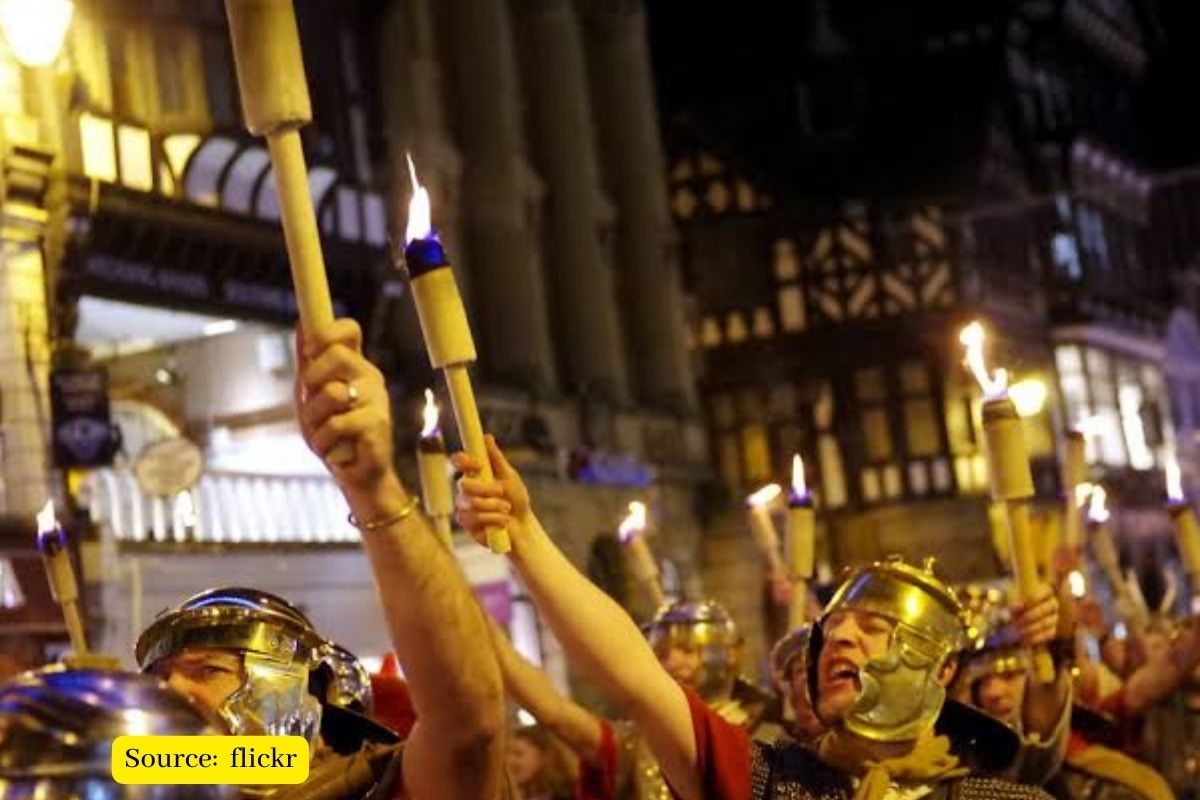 It was the month of December, and as usual, people were looking forward to the end-of-the-year celebrations, especially the gift exchanges, and of course, the reversal of roles between slaves and masters.

Although the beginning of the sentence above could easily apply to Christmas, we are actually talking about Saturnalia, a festival that took place in Rome around the winter solstice. In the northern hemisphere, this astronomical phenomenon, which marks the beginning of the coldest season, occurs on December 21st.

Saturnalia was a festival celebrated by the ancient Romans in honour of the god Saturn. Despite the fact that reference is usually made to the religious and Christian origin of Christmas, it is also necessary to speak of the pagan origin of the festivity. Even after the birth of the baby Jesus, the celebration continued to be commemorated around the figure implanted by the Romans of Saturn.

In this way, the Romans celebrated the festival known as Saturnalia, a festival in which they honoured the god Saturn and which represented the winter solstice. They used to be parties of excesses in which the established social order was inverted: these excesses were not punished, the courts of justice were closed and exchanges of small gifts were carried out, which are reminiscent of current Christmas presents.

Saturnalia originated as a festival in which farmers hailed the end of the fall harvest season. The first ones were celebrated from December 17 to 23, days in which the Romans decorated their houses with plants and candles for seven days.

It was not uncommon for Roman festivals to be dedicated to one of the gods of their pantheon, and the Saturnalia was no different. This particular celebration was held in honour of Saturn, who is the father of Jupiter. In the Greek version of the deities, these figures are called Cronos and Zeus, respectively.

Saturnalia was also characterized by the disobedience of social norms. Catullus, the Roman poet, described it as “the best of days”, as it was characterized by an abundance of food, drink and all the excesses of that time. It was a kind of Christmas and carnival at the same time.

Many artists were inspired by this festivity to create their works of art, in which the decadence of the festivity and criticism of the attitude of the people are its main characteristic.

What is Saturnalia festival?

The Festival of Saturn, or Saturnalia, was the most popular in ancient Rome. Saturnus was the god of sowing or seed, and the festival celebrated agriculture. The holiday was first observed on December 17 and was later extended to a seven-day festival of joy. It still influences the Christmas and New Year celebrations of the Western world, with the banquets, decorations and revelry of those holidays.

During the celebration, there were feasts, music, dances, games and alcoholic beverages. Nobody needed to work, not even peasants or slaves. In fact, one of the most striking elements of this festival was the fact that slaves suddenly had all the freedoms of a common citizen, being able to enjoy themselves, wear less servile clothes and even be insolent with their masters.

The last day of Saturnalia was called Sigillaria. Friends and family then dedicated themselves to making small handicrafts to present to each other, such as candles and figurines. For those without manual skills, it was also possible to purchase the items at a special fair that was held that day only.

It is believed today that our Christian festival known as Christmas may have borrowed some of the elements of this Roman festival, such as the exchange of gifts and the period in which it is celebrated.

Initially celebrated between the 17th and 23rd of December, Saturnalia was defined by the poet Catullus as “the best of days”. The party was considered a throwback to the age of Saturn, a mythical time when all human beings were equal. A king was elected by lot, the Saturnalicius Princeps, to open the festivities.

During the celebrations, there were feasts, songs, dances, games and lots of drinking. No one worked, not even peasants or serfs. In that period, slaves had all the privileges of a common citizen, and could even disrespect their masters.