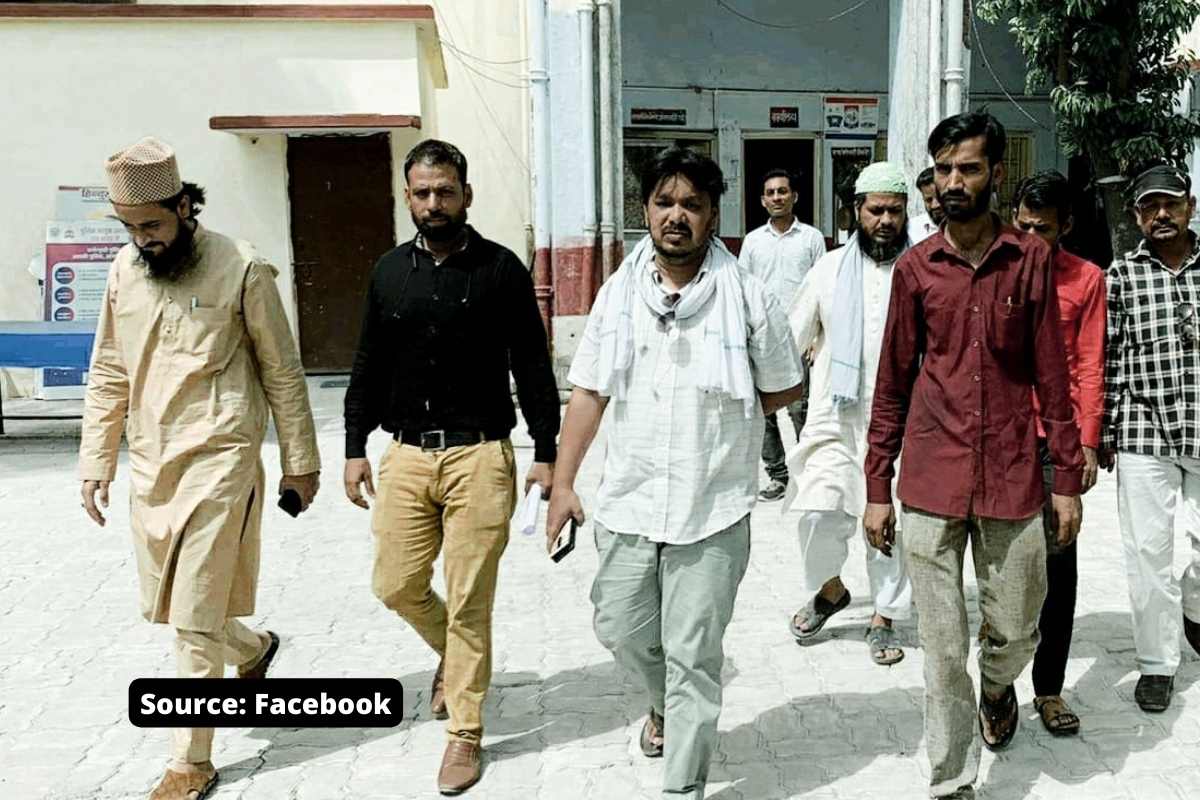 Hayat Zafar Hashmi has become the center of discussion across the country after the violence between two communities in the Nai Sadak area in Kanpur city of Uttar Pradesh. This person has been described as the main conspirator in the Kanpur violence.

Hayat Zafar Hashmi, who was presented as the main accused of violence, formed the organization Maulana Ali Jauhar Fans Association in the Iqbal Library in the Bansmandi area in 2003-04. The purpose of making it was to take interest in social work and to stand with minority society. Had to raise their issues.

When the building of the Iqbal Library fell into disrepair, the Maulana Mohammad Ali Jauhar Fans Association started operating from other areas.

What happened on the day of violence?

He organized a protest against BJP Spokesperson Nupur Sharma’s controversial remarks on Prophet Mohammad and call for Jail Bharo Andolan on June 5.

Later, Hayat Zafar Hashmi had said to postpone the program due to a lack of permission from the police. Because on that day the Chief Minister of UP including the President of the country was coming to attend a program in Kanpur.

The sudden violence after Friday prayers on June 3 has raised many questions about the failure of the police.

Hayat Zafar Hashmi has been arrested by the police in the recent Kanpur violence case and sent on a 14-day remand. The police have described him as the mastermind of the Kanpur violence.

A total of 27 people have been arrested so far in Kanpur violence. All have been booked under very serious sections. Gangsters and NSA acts have been imposed. An order has also been given to confiscate the property. The police are continuously searching for the other accused.

Controversies in the past

So far 9 cases including gangster and goonda act are registered against Hayat Zafar Hashmi in different police stations in the city. The maximum number of cases are related to disturbing communal harmony. In most of the cases, Hayat has been charge-sheeted.

On Friday, June 3, 2022, once again the city of Kanpur came under the grip of communal violence. People were very angry after BJP’s national spokesperson Nupur Sharma made indecent remarks about Prophet Mohammad during a TV debate. Due to this, on June 3, a bandh was announced in the Muslim areas of Kanpur.

Some of the boys of the Friday prayers went to the new road and asked the Hindu community to close the shops. The shopkeepers refused to close the shop. After this, both communities clashed with each other. started pelting stones at each other. Soon the matter caught fire.

Many people got injured. Some policemen were also injured in this. Now SIT has been formed, which will investigate the whole matter. Along with this, it is also alleged that the police took action against the people of the same community and arrested them, and sent them to jail. Whereas violence was done from both sides. Till now, the police have sent people of the same community to jail.

1 thought on “Who is Hayat Zafar Hashmi, the alleged mastermind of Kanpur Violence?”