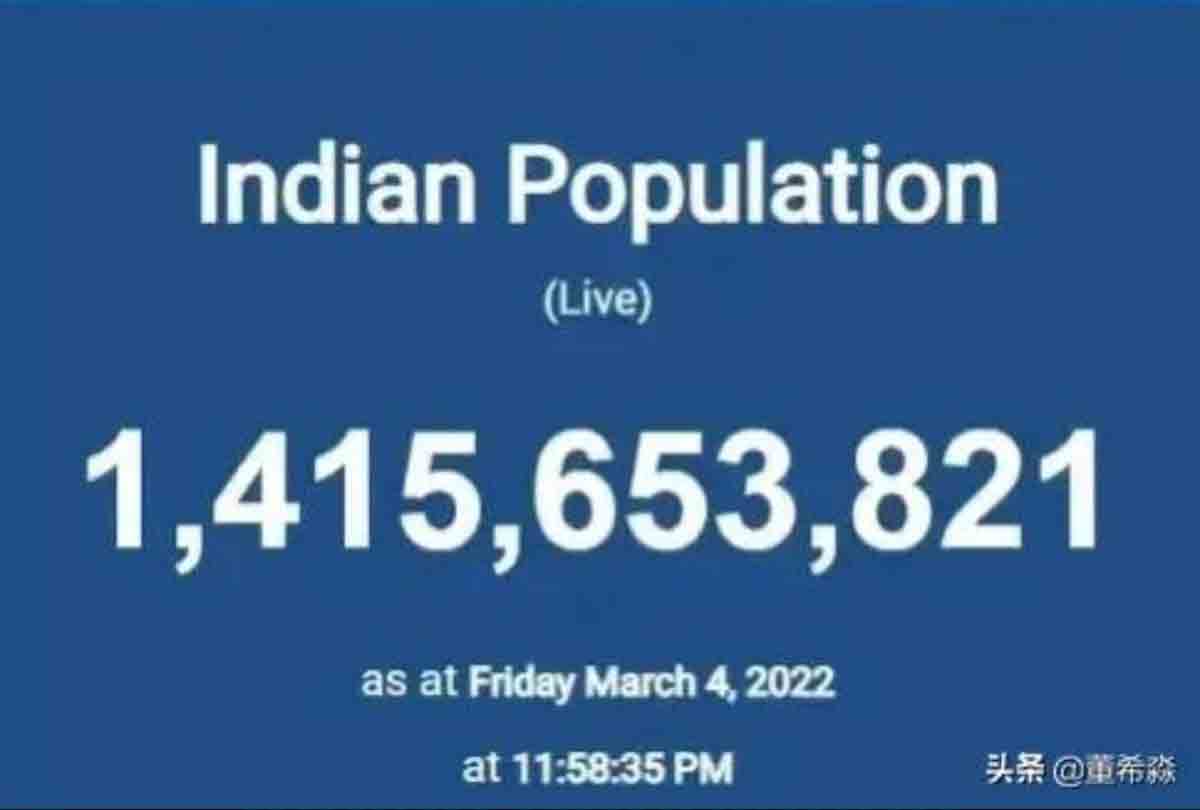 Ground Report | New Delhi: Most populous country; India’s population surpassed China to become the most populous country with 1,415,653,821 as of March 4, 2022, according to a news report published by popular Chinese media network CGTN, I-Media, a news outlet in the Taiwan region.

There is no official announcement from China or India, however, the I-Media article only stated that the source of the Indian population (Live) was “shared by netizens”, while the origin was unclear.

The 1.415 billion number comes from a population clock on an Indian medical information website called Medindia, which is believed to have flawed data sources and calculation methods, China Business Network reported.

Huang Yinghong, a professor at OP Jindal World University, responded to these viral claims. “It’s misinformation on the internet that India has overtaken China in population size,” he told the Global Times.

Huang said comparing the two populations only makes sense if they are calculated using the same statistical method, not to mention that the number quoted by the standalone media is not from an official Indian authoritative source. .

India conducts its official census every 10 years. The last (15th Indian Census) was conducted in 2011. Due to the pandemic, the 16th Indian Census, which was scheduled to take place in 2021, was delayed.

According to Worldmeters.info, a real-time global statistics website often quoted by Indian media, India currently has a population of around 1.403 billion.

China’s National Bureau of Statistics said in January that China had 1.4126 billion people at the end of 2021. According to the UN’s World Population Prospects for 2019, India could overtake China as the most populous country in the world by 2027.

A UN study on global population trends predicts that India will overtake China to become the world’s most populous nation by 2022. The report also states that Nigeria will replace the United States as the third most populous country in the world by around 2050.

Fact: There is no official announcement that India has surpassed China to become the most populous country.