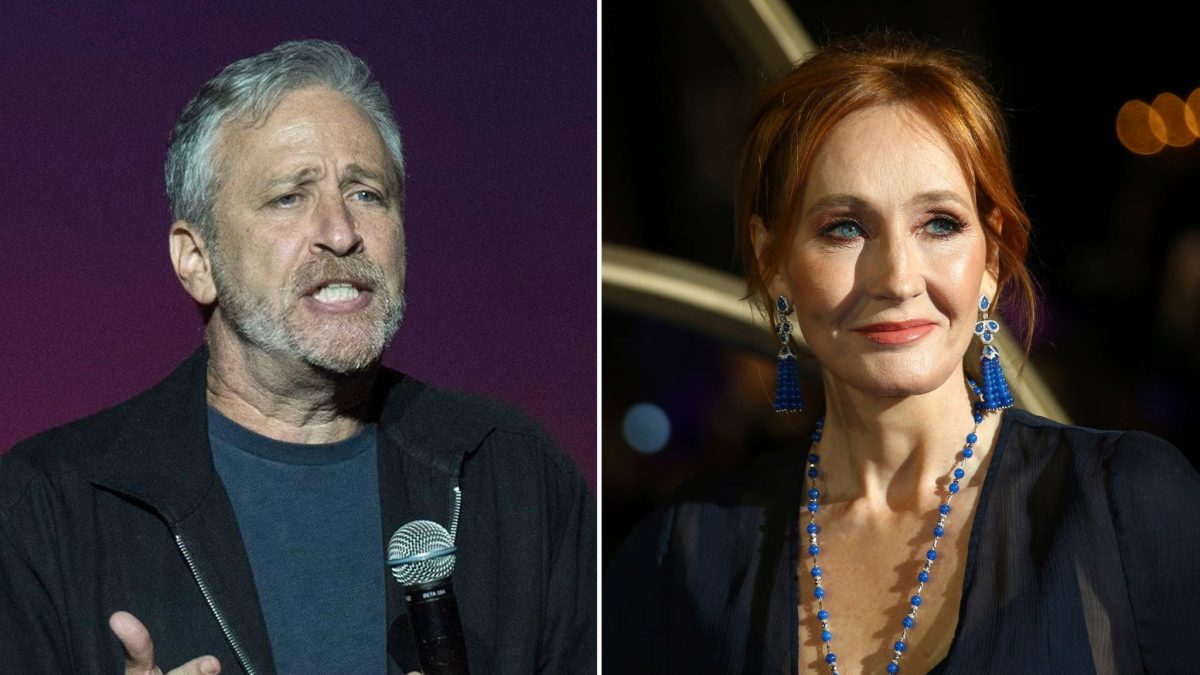 Stewart particularly cited the example of the goblins at the Gringotts bank, saying that the characters were a caricature of Jews inspired by the infamous anti-Semitic text ‘The Protocols of the Elders of Zion.’

The 59-year-old comedian lashed out at Rowling on his’ The Jon Stewart Trouble ‘podcast, where he said Rowling threw’ Jews in there to run the underground bank ‘into a fantasy world where other characters’. he can ride dragons and have owls as a pet.

He added: “This is how you know that the Jews are still where they are. I just want to show you a cartoon. And they say, ‘Oh look at that, it’s from Harry Potter! “” No, that’s a caricature of a Jew from a piece of anti-Semitic literature. ” JK Rowling said, “Can we get these guys to run our bank?”

Stewart’s comments date back to a December 16 episode of his podcast, The Problem With Jon Stewart. His show had posted his comments on a YouTube promo clip (below) titled “The Goblin Problem: J.K. Rowling, Harry Potter and Jews ”which was labeled“ Anti-Semitic Tropes ”.

“This is how you know that Jews are still where they are,” Stewart said in the clip. “Talking to people, this is what I say: Have you ever seen a Harry Potter movie? … Have you ever seen the scenes at Gringotts Bank? … Do you know who are those people who run the bank? … Jews! “

He pointed out how the goblins resemble an illustration in the 1903 anti-Semitic book The Protocols of the Elders of Zion.

“And they say, ‘Oh, [that illustration is] from Harry Potter!’ Rowling said, “Can we get these guys to run our bank?” … It’s a magical world … we can ride dragons, you can have a pet owl … but who should run the bank? Jews, .. .but what if the teeth were sharper?

Stewart continued: “It was one of those things where I saw him on screen and expected the crowd to say, ‘Shit, [Rowling] no, in a wizarding world, he just threw Jews in there to run the funderground bank. And they all said, ‘Wizards’. It was so strange. “

Well not really. Defenders of J.K. Rowling argues that the author was simply repeating folk tropes, but the goblins featured in folk tales are not found behind a bench desk.

Usually, in fantasy fiction, goblins are depicted as cruel, grasping, and unreliable – the kind of creatures who join orcs in the battle against the forces of good, stab an adventurer with a rusty dagger and steal. your valuables. But minting coins and lending money? That’s all Rowling.

However, I think it would be unfair to suggest that it was a deliberate show of intolerance; Rowling clearly imbued anti-Semitic tropes in her reinvention of the goblins, probably unconsciously, but thoughtless racist tropes are, unfortunately, all too common in fantasy and science fiction (the aliens of the Star Wars prequel trilogy are a good example of this phenomenon).

Modern science fiction and fantasy writers tend to be better at rejecting or reinventing the racist tropes embedded in the genre, and I doubt that goblins, in their current form, will make it past the final cut of a rebooted Harry Potter series. In fact, it is surprising that they have appeared on screen, in their current form.