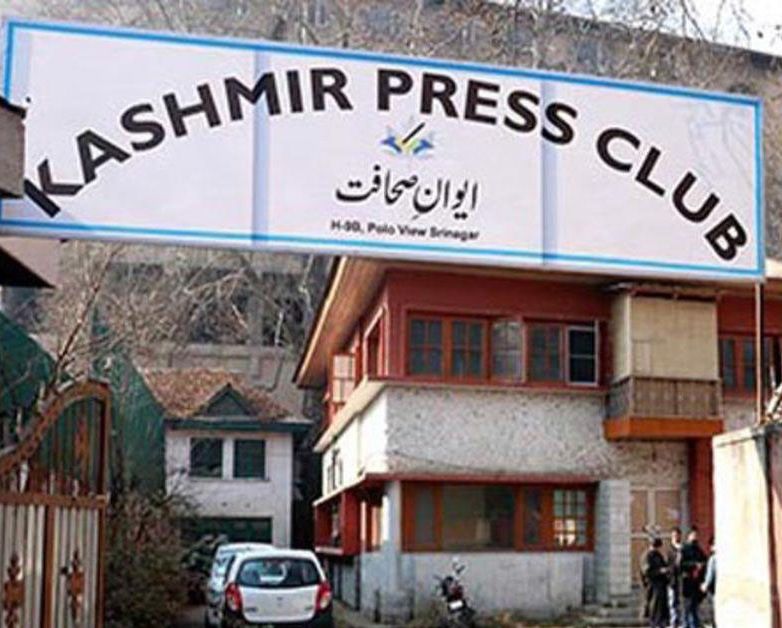 Ground Report | New Delhi: Kashmir Press Club story; The Jammu and Kashmir government on Monday issued a statement on Kashmir Press Club and said that it was concerned over the emergent situation which has arisen due to the “unpleasant” turn of events involving two rival warring groups using the banner of the KPC.

The statement reads as “The factual position is that KPC as a registered body has ceased to exist and its managing body to has come to a legal closure on 14 July 2021, the date on which its tenure came to an end

In its failure to register itself under the central Societies of Registration Act, further compounded by its failure to hold elections to constitute a new managing body, some individuals of the erstwhile club have been committing illegalities on several counts, least of which are false portrayal of being owner-managers of an entity which is no longer in legal vogue.

Meanwhile some other members have created an interim body using the same banner suggesting a ‘takeover’. However, since the original KPC itself has ceased to exist as registered body, the question of any interim body is rendered infructuous. In these circumstances, issuing of notices and communication by any group using the rubric of erstwhile Kashmir Press Club is illegal. News Agency GNS reported.

Meanwhile, the rival groups have been leveling various allegations against each other also with regard to the use of the premises belonging to the estates department that was being used for the legitimate use of the members of the journalistic fraternity. In view of this aspect of the dispute and in view of the reports in social media and other sources indicating a potential law and order situation including a threat of breach of peace and the satefy of bonafide journalists, an intervention has become necessary.

In view of the unpleasant developments and dissensions between various groups of journalists, it has been decided that the allotment of the premises at Polo View in view of the now deregistered Kashmir Press Club be cancelled and control of land and buildings situated at Polo View Srinagar which belongs to the Estates Department be reverted back to the said Department.

The government is committed to a free and fair press and believes that journalists are entitled to all facilities, including a place for professional, educational, social, cultural, recreational and welfare activities. It also hopes that a duly registered bona fide society of all journalists shall be constituted as soon as possible and the same shall be able to approach the government for reallocation of the premises.”

The administration had issued the re-registration of the Kashmir Press Club just two weeks ago but decided to withdraw it a day after the journalists’ body announced the conduct of the Press Club elections.

According to an order issued by the Registrar of Societies, a letter from the Additional District Magistrate, Srinagar states that the verification certificate in favor of the management of the Press Club has been withheld.

“It is informed that “non-participation/verification of character and antecedents issued on 24.12.2021 in respect of the members of the Managing Body of Kashmir Press Club has been withheld on the basis of the report received from CID” reads Order issued by Registrar of Societies.

The order said that the re-registration of KPC was issued on December 29, on the basis of verification by the Additional District Magistrate Srinagar on December 24, 2021. As per the order, the magistrate wrote a letter to the Registrar of Societies on January 5 asking it to postpone the registration.

On 29 December, the reregistration was finally issued following that the Club decided to initiate the process of fresh elections and also announced the date. But all of a sudden a group of journalists, including some nonmembers, approached the district administration with a proposal for an “interim body” and it is followed by a communication from the government that the re-registration has been kept in abeyance. This move, in which a group of journalists self-appointed itself as an “interim body,” is uncivil, illegal, unconstitutional and without any precedence. It has been taken at a time when the process of registration is still pending before the authorities. (Kashmir Press Club story)

ALSO READ: Why Army deployed at Kashmir Press club, What is happening?